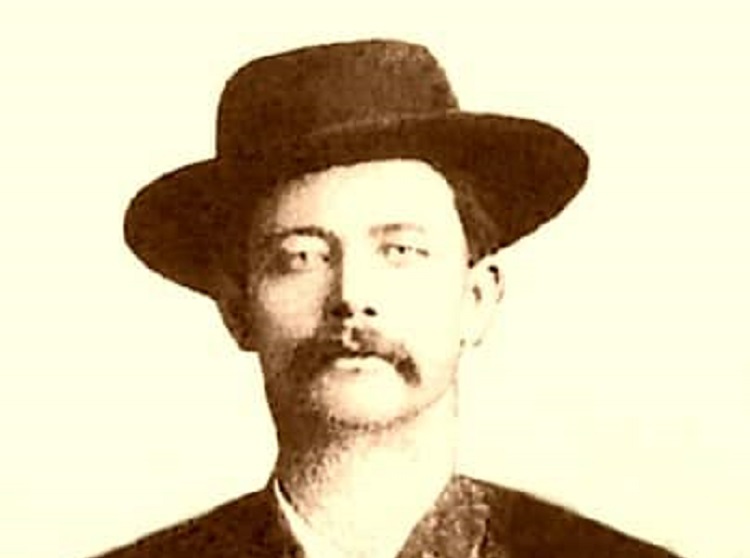 The outlaw Sam Bass was born in Indiana in 1851. He was an orphan by the time he turned thirteen and spent some time working at a sawmill in Mississippi before he decided to head west to Texas. He arrived in Denton, Texas in 1870 and Bass took work on a nearby ranch. He also found work as a freighter where he ended up falling in with the wrong crowd and by 1877 he found himself involved with one of the biggest train robberies in railroading history.

The Union Pacific gold train robbery happened in Big Springs, Nebraska and to this day remains to be one of the largest train holdups in history. Sam Bass and five others took over the train depot and destroyed the telegraph.

It has been noted that the gang was especially violent, even going so far as to pistol whip a freight agent on the train. Bass and his gang made off with about $60,000, which included a large number of gold coins, during the robbery. This heist made Sam Bass one of the greatest train robbers of the time and very much in the sights of the country’s lawmen.

By the late 1870’s Bass and his gang had both the Pinkerton Detectives and the Texas Rangers hot on his trail.

After a few more robberies, including at least one more involving a train, Bass met his demise in Round Rock, Texas on July 19th, 1878. He died at the age of 27 after being shot by a lawman, following having shot and killed one officer and seriously wounded another. It is believed that the ambush may have been set into motion by a member of Bass’ own gang who had cut a deal with law enforcement.

No honor among thieves.

During the gun fight it has been said that there were two men firing at the gang as they attempted to flee. One member of the gang was killed while Bass was mortally wounded. He was able to escape the shooting on horse with another member of his gang however he had to dismount just outside of the town due to the pain.

The following day a search party found Bass resting up against a tree and returned him to Round Rock where he died the next day, July 21st, which just so happened to be his birthday and only eight years after he had originally come to Texas. 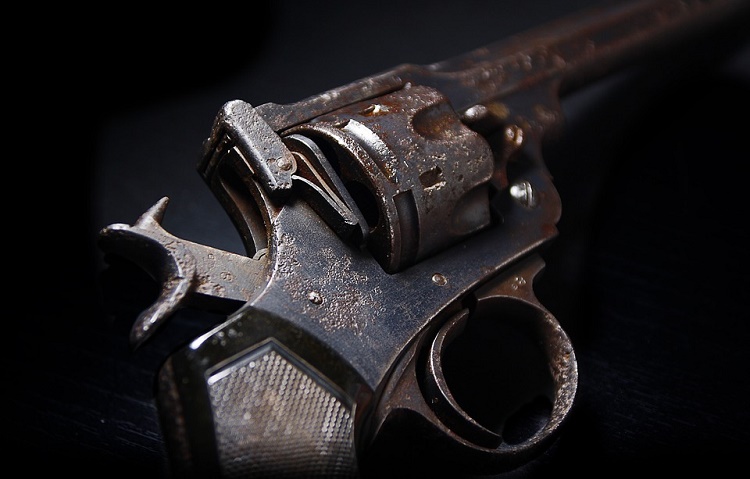 Where is all that Treasure?

During his short time as an outlaw, Bass and his gang stole quite a bit of money and according to legend he hid a good deal of loot in several remote caves throughout Texas. If you are going on a hunt in search of Bass’ treasure, here are some good places you may want to look!

And: 7 Things to Consider When Searching for Buried Treasure Caches

One of the more popular legends of Bass’ hidden loot is that it is hidden in an old tree by the outlaw himself. The tale started many years following the death of Bass. A map was found that were said to lead to the alleged treasure. The maps stated that the location of Bass’ treasure was in a hollow tree on what is now called Sam Bass Road, roughly two miles west of Round Rock.

Several years ago, a tree that was noted to be similar to the one that was described in the map was found by those seeking Bass’ treasure was chopped down and the men came up with nothing. Which has led many to come to wonder if perhaps they simply cut down the wrong tree.

Hunting for the Sam Bass Treasure

There are a number of legends and folklore pertaining to the lost treasure of the outlaw Sam Bass. If you are going after his loot be sure to be aware of the rules, regulations and laws of the state of Texas for treasure hunting and metal detecting.

If you are seeking to metal detect or dig on someone’s private land, be sure that you always request permission from the land owners themselves. You will need to inform the landowner of what you are going after, so a written agreement that lays out any potential discovery and how the treasure is to be split up is a necessity.

Some treasure hunters believe that Sam Bass treasure is now within a State Park, which unfortunately makes it off limits to metal detecting. It is entirely likely that there were several treasures, likely buried in several different areas.

If you are seeking to enter any of the caves that Sam Bass and his gang may have frequented, be sure to always exercise the utmost care and caution as cave exploration is most certainly a dangerous task.

Next: The Lost Bill Kelly Gold Mine in West Texas