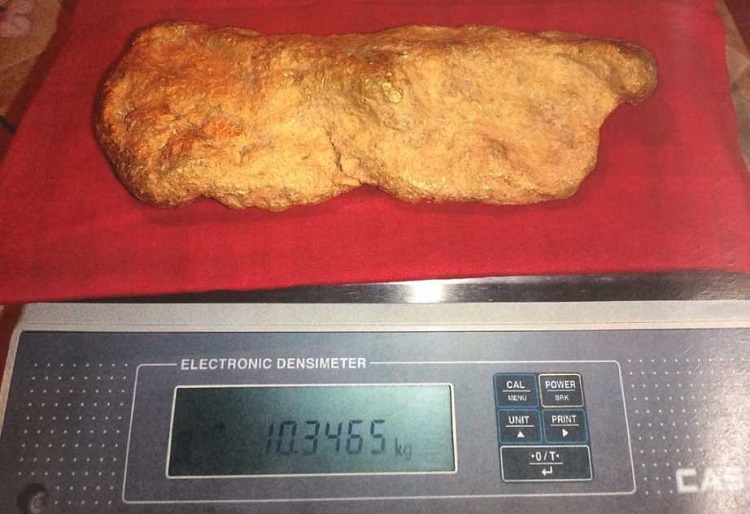 A recent gold discovery in Russia really has people excited

Miners have unearthed something spectacular; a massive gold nugget weighing 10.3 kilograms (over 22 pounds!).
Workers were moving old tailing piles with heavy equipment when someone spotted the huge nugget among the rubble.

From the looks of the picture, this whopping piece of gold measures over a foot long!

It was found in Zamanchivy Creek in Khaborovsk Territory. This is an extremely remote part of Eastern Russia. It borders the Pacific Ocean and is just north of the border with China.

This is a region that has been known to contain gold for centuries, but this is by-far the largest piece of gold ever found. Several tributaries to the larger Arum River are gold-bearing. 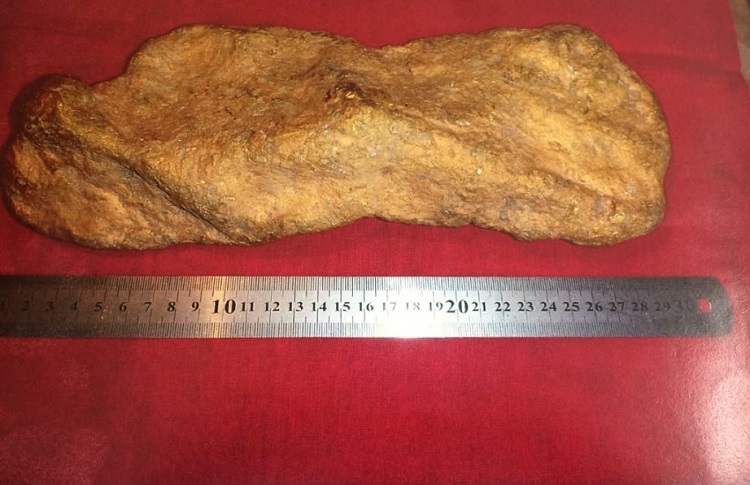 Back in 2014, there was another big nugget that weighed 15 pounds that was found in Siberia called the Devil’s Ear Nugget, so this isn’t the first time that a massive nugget has come from Russia.

Russia has a heavy dependency on natural resources. Gold is one of these resources, along with timber, oil, etc.
Another interesting mineral that is mined in Russia is platinum. The Ural Mountains have an extreme amount of geological complexity. This is one of the few places on Earth were solid platinum nuggets are mined.

Russia is an interesting country for gold mining. There are vast areas of the country that are remote and relatively unexplored, meaning there is probably a lot more big nuggets out there waiting to be found.

The Russian Wilderness is a challenge. The harsh, cold environment is another. Mining seasons are very short and miners only have a few short months to work the gravels and recover gold before the ice returns each winter.