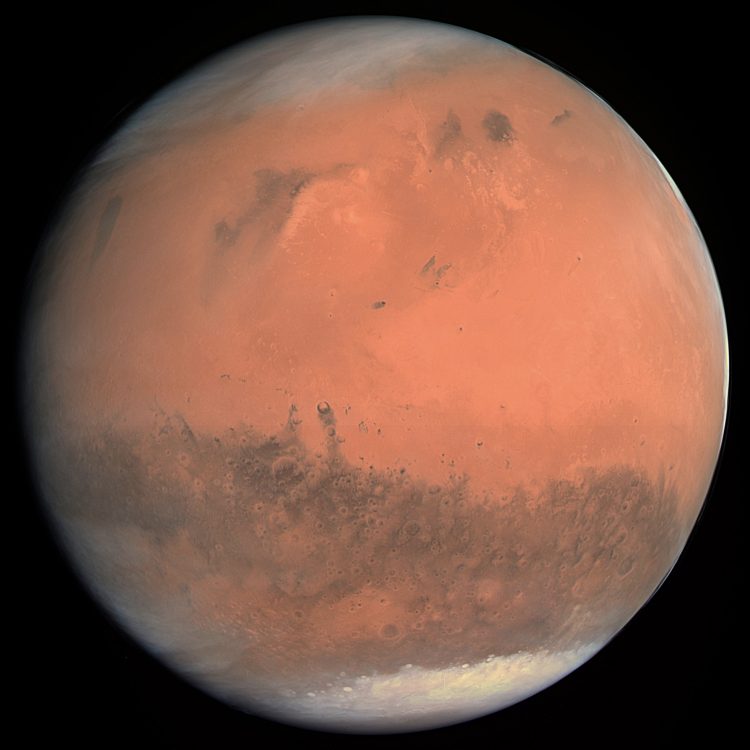 There has been a lot of debate about the presence of gold and other precious metals on Mars. With the diminishing gold ore on Earth, many large-scale mining firms are now considering the outer space as a possible new goldfield for future development, and Mars is at the forefront of all this.

While gold has not yet been discovered on Mars already many scientists are considering exploration activities in areas that show greatest prospects.

Already there is evidence that points to the high potential of gold and other precious metals on Mars. Some of these direct pieces of evidence include:

Meteorites known as SNCs are believed to come from Mars. Samples taken from these meteorites have been found contain significant quantities of metallic elements such as iron, aluminum, magnesium, chromium, and Titanium.

Some contained traces of rare elements such as gold, nickel, copper, cobalt, lithium, tungsten, europium, molybdenum zinc, niobium, and lanthanum among others. The presence of traces of precious metals in these meteorites point to the fact that there are places on Mars with a higher concentration of such elements just like is the case on earth.

Already there are several scientific studies taking place on Mars. Mars landers such as opportunity Rover, Pathfinder, Spirit Rover, Viking I and II have all been able to identify the presence of a number of elements such as Iron, magnesium, aluminum, and titanium on Mars.

In 2011, the Opportunity Rover found a gypsum vein that contained sulfur, water, and calcium. The Spirit Rover on its part is credited for the discovery of nickel-iron rich meteorites on the surface of Mars. The Opportunity Rover is also credited for discovering small round rocks named blueberries which were later discovered to be rich in hematite.

The presence of all these elements points to the facts more precious metals could be found on Mars.

Large sections of the planet Mars are covered by dark sand dunes. Scientific studies discovered that the dark color of the dunes is caused by a volcanic rock known as basalt.

Dunes that contain basalt are believed to also be rich in elements such as magnetite, ilmenite, and chromite among others. They may also contain traces of other precious metals such as gold that often are moved from the core of the planet during volcanic eruptions.

Already scientists, explorers, and other interested parties have identified places that are likely to yield gold and other precious metals. Some of these places include:

Just like on earth, gold on Mars is believed to be deep at the core of the planet. The magma movement during volcanic eruptions in the past is likely to have moved large quantities of such gold to near the surface of the planet where it can be mined. This is based on the fact that the planetary formation for Mars followed the same process as that of the earth.

Mars has numerous large volcanoes such as Olympus Mons which the largest volcano on the planet and the Ceraunius Tholus which is one of the smallest volcanoes. The presence of this volcanoes points to an active process of soil movements during eruptions in the past and this helps explain the likely occurrence of gold and other precious metals in places near such mountains.

Mars is also known to have numerous dikes and troughs known as Grabens. These geographical features played an important role in the formation of the planet. Because of this, they are likely to contain precious metals that were deposited during the soil movements, in a similar way that placer deposits are mined here on Earth.

During volcanic activities on Mars, there were lots of movements of liquid rocks underground that did not flow out as lava. This resulted in the formation of Large Igneous Provinces (LIPs). On earth, LIPs are known to contain copper, nickel chromium and titanium. It is believed such places on Mars also contain such elements.

Satellites orbiting Mars have shown that the planet has lots of craters created by the impact of large asteroids from outer space. Asteroids from space are known to contain many precious minerals. Exploration around such large craters could reveal lots of precious metals from the asteroids both on the surface and the cracks created by the impacts.

Already scientist who studied the Auki Crater on the planet found that the ridges and cracks in the crater contained minerals such as silica, serpentine, smectite, carbonate, chorite and Zeolite among others.

On Earth, studies of craters formed by asteroids have been found to contain gold, zinc and lead among other precious metals.

Next: Aztec Riches – Where Was the Source of All that Gold?