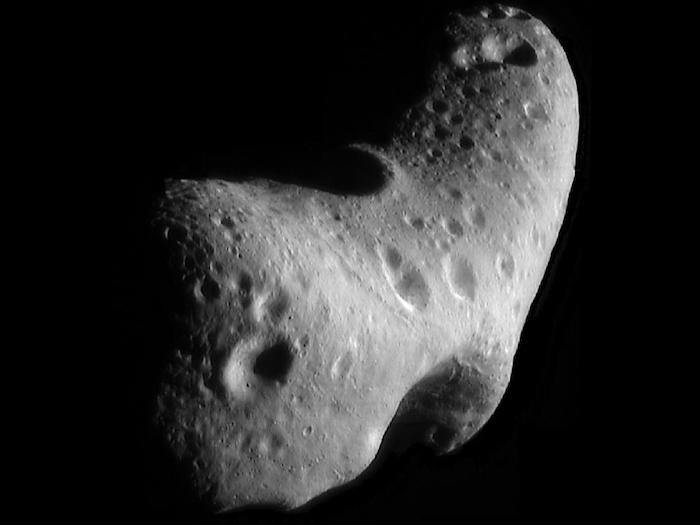 Platinum has a variety of uses, and similar to gold in value. Most of its mines on earth have been depleted, with the richest ores being mined out long ago. New platinum mining projects are in the works, but supply is not likely to keep up with demand of this valuable metal.

A number of multinational mining firms and wealthy investors have begun thinking of mining outside the earth atmosphere.

Evidence from spent comets and asteroids that enter the earth show that these bodies contain a significantly higher amount of platinum and other precious minerals than some of the richest mines on Earth. Already a number of asteroid mining projects for platinum and other precious metals have been planned; however, the cost of mining in space and other challenges of mining in space is what is delaying the start of these projects.

Asteroids and the rest of the planets in the solar system including the earth were created from the same materials. However, the Earth’s high gravity ensured that most precious metals (which are often heavier than other minerals) were pulled to the core of the Earth during its molten state, leaving the crust with just traces of such minerals.

Although volcanic activities have been responsible for bringing a lot of these minerals to the surface, the majority still remains deep inside the Earth. It is inaccessible to us using our current technologies.

Asteroids, on the other hand, have little or no gravitational pull at all. This has ensured that they have a rich distribution of precious metals such as platinum, gold, and silver. Quite a number of asteroids that ended up on the earth surface and those collected in the outer space and on other planets such as on Mars have shown to contain higher levels of platinum. This is the main reason why many investors together with large mining firms have been considering going after the asteroids.

Asteroids are all over space. It is therefore important that selection is done so that only the right asteroids are mined.

When mining asteroids for platinum specifically it will be important to consider a lot of things. First, not all asteroids contain platinum in quantities that will make economic sense to go after. And second, the distance from the Earth’s orbit plays an important role in the selection of the asteroids to mine.

Already researchers have come up with three important categories of asteroids to be mined for platinum. These three include:

Also Read: Placer Platinum Nuggets – Where You Can Find Them

Although asteroid mining for precious metals such as platinum is still considered a far fetch dream for many stakeholders in the mining sector, already there are plans by some billionaire investors and well-funded mining firms to set up mining bases in the space. Already there are a number of planned and ongoing projects. Some of these projects are:

Other planned asteroid mining projects include:

Will it Ever Become Reality

We are yet to see whether asteroid mining is a thing of science fiction of whether actual mining of asteroids can become a reality. No doubt, any project that successfully begins extracting platinum will be of exceptional value and will dominate the platinum market.

With the amount of interest in this idea, I suspect that its a matter of WHEN and not IF asteroid mining activity will be a reality.

Next: Mining Mars – The Potential for Gold and other Precious Metals