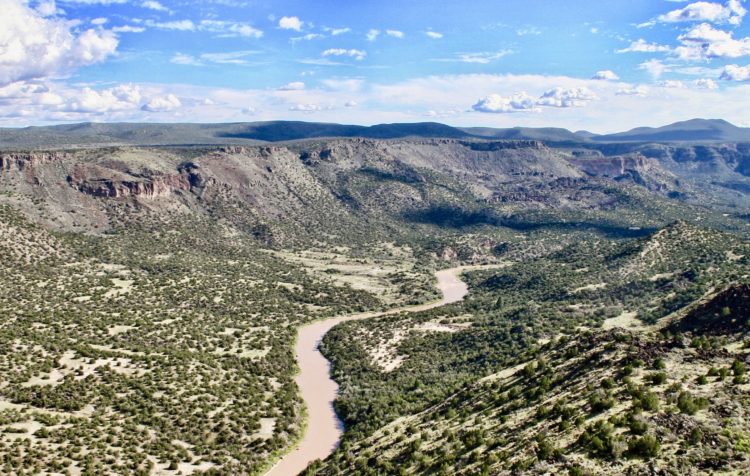 There is plenty of gold in New Mexico. It may not have as much mining as you will find in neighboring Arizona, but a prospector can still find plenty of gold here.

New Mexico has a lot of gold, but it is generally very fine. Rather than large nuggets, you will find that gold almost always occurs as very fine textured particles and dust. Because of this, you will want to perfect your gold panning technique, and perhaps consider using a Gold Cube

or other equipment that is great for recovering very fine river gold.

Below are 8 New Mexico Rivers where gold has been found in the past. Rest assured, the old-timers didn’t find it all…

Some placer gold has been mined from the western side of the Moreno River within Taos County.

The Elizabethtown area is one of New Mexico’s richer mining areas with many large gold nuggets to its credit, but finer gold has been found in the Moreno River.

The fine gold in the Moreno River is likely sourced from small gold veins occurring within volcanic bedrocks containing richer ores that erode away to deposits gold in the river.

The Rio Chama placer mining region is just upstream of Abuquiu. Fine gold can be recovered in the river gravels throughout the Rio Chama Valley.

These gold deposits were not worked my by miners in the past because the low gold occurrences made mining unprofitable, but equipment that allowed someone to process larger amounts of material might make it worthwhile.

While this was never a rich mining area, some trace amounts of placer gold have been found within layers of sandstone along the cliffs of the Pecos River. Some limited prospecting took place here, not much attention has been given to the area.

The source of this gold is not well-known. Likely there are from exposed precambrian rocks with quartz veins that provide these limited placer deposits.

Parts of the river contain gold in the Sangre de Cristo Mountains. Actual historical gold production here is unknown, and not likely to be much. Access is limited here.

And: Rockhounding in New Mexico – Mineral Locations on Public Land

And: The Lost Padre Gold Mine in New Mexico

The gravels and floodplain of the Rio Grande contain gold, just as the Rio Hondo and Red Rivers do. The source of this gold is likely the Taos Mountains. These placers are not found in high concentrations, but they are relatively widespread.
Red River

Around the town of Red River, a popular resort town in Taos County within the Sangre de Cristo Mountains.

Gold deposits are not limited to the river, and small prospects are found throughout the area in many of the surrounding creeks and drainages.

There isn’t a lot of information about historic mining on the Rio Condo, but there were definitely some known low-grade placer deposits here, as were many places throughout the Sangre de Cristo Range.

Around the town of Folsom and the Cimarron River Valley there is gold to be found. This gold came from eroding basalt sources.

Gold is usually found in very small particles, but it occurs throughout the river. 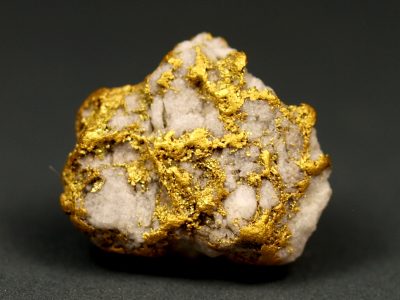 There is gold near the town of Cleveland in Mora County. Gold is likely sourced from decomposing ores near Rio La Casa and Lujan Creeks. Fine gold is deposited downstream and throughout the river system.

Next: The 2 Best Tools for Successful Prospecting in New Mexico