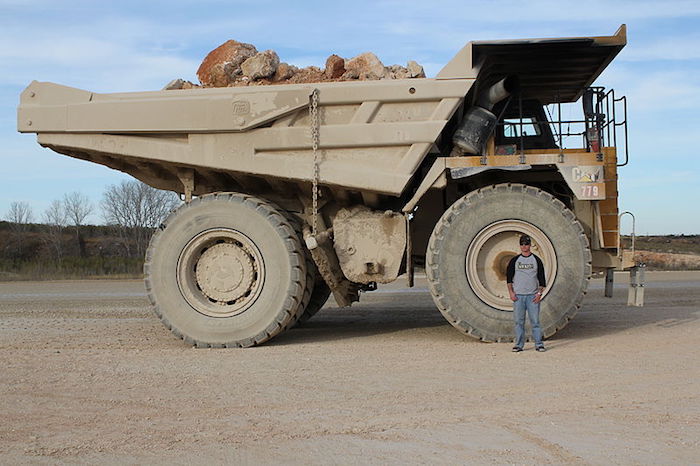 Cortez Gold Mine is located in Nevada about an hours drive from Elko. The mine is a very busy place, considering the large production that takes place here. It is both an open pit mine as an underground mining site.

It is one of the largest mines in operation in the state of Nevada and the entire country.

Quick History of the Cortez Gold Mine

The history of mining in the Cortez mines is a long one. Precious metals have been mined here for nearly as long as gold has been known in Nevada.

The gold mining operation started as an underground mining operation. It was eventually expanded to an open pit mining operation which drastically increased gold and silver production. In 1968, the federal government approved the use of heap leaching the dump materials which renewed activity at the mine.

The mine currently moves nearly 400,000 tons of material per day of operation.

Highs and Lows at the Mine

Mining has been ongoing since the 1860s, although at this time it was silver that was of primary interest to miners. It took modern mining methods, primarily the heap leaching method, to make the Cortez Mine into one of todays top gold producers.

It should be noted that by the 1970’s the prices of gold and silver was dropping drastically and this lead to mining companies abandoning the gold business and resorting to other valuable minerals. At this time there was very little activity in Nevada’s gold mines.

By 1980, gold prices increased, and the Cortez mines started to work again, the mills started to be fed with ore once more. An estimated 1.2 million tons of gold was produced prior to the 80’s. When operations opened back up, new discoveries of underground ore were found and new discoveries continued to increase.

The Cortez Mine has faced its fair share of challenges, just like any major mine of this size. Environmental impacts on both land and water, while mitigated to some extent, are still a contentious issue here.

Recent interest in expansion of the mine has continued, but impact to sacred Native American sites are of concern and the issue is currently tied up in court.

The Cortez Mine still continues operation and is one of Nevada’s largest gold producing mines.