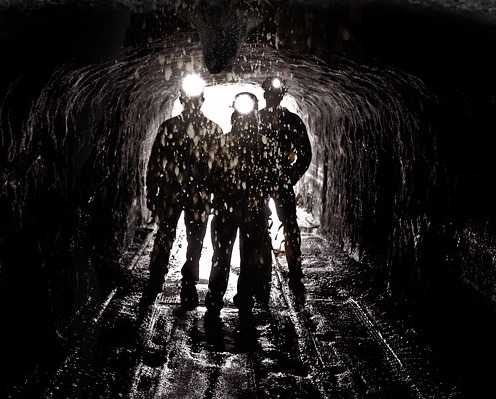 Whenever humans are involved in any sort of adventure, legends evolve. If people are searching for something elusive, the conditions are perfect for fascinating stories about great alleged accomplishments. Even if they have little or no basis in truth, it makes good entertainment.

One of gold mining’s most enduring tales is the Kokoweef Underground River of Gold. As proof of how some legends just refuse to die, it has been about 115 years since the underground river of gold was first allegedly found, but a few people keep on insisting to believe.

The rights to the Kokoweef Peak site have passed through many owners over the last century or so. In 2006, Excavations Incorporated, which then held the claim, was reorganized into a publicly held corporation called Kokoweef, Inc. There is still activity taking place here even to this day, although I’m not so sure any gold has yet to be unearthed.

The Legend of the Lost River of Gold

There are several competing legends. One of the most common tales involved Earl Dorr, a grizzled miner who was (probably) born in 1885. In 1906, shortly after the great San Francisco earthquake, he allegedly met two Indian brothers (the third was supposedly killed during their exploration) who told him they explored underground caves in the Ivanpah Mountains in the Mojave Desert.

Fittingly, the nearest large city to Kokoweef Peak is Las Vegas, NV which is located 75 miles away. The brothers said their tribal legends told them there was an underground “river of gold” which they claimed to have found. Dorr later signed a legal affidavit which claimed he had met the two surviving Indian brothers who he said showed him some of the largest gold nuggets ever found in California. Yes, the original affidavit still exists and is now property of the Crystal Cave Mining Corporation (CCMC), a company which was formed by people who owned the claim at the time. But where, you might ask, are those huge nuggets? The brothers ostensibly sold their gold directly to the U.S. Mint, so I guess you’ll just have to take their word for it.

During the 1920s, Earl Dorr found his way back to the area. Dorr later said he and another miner explored under the mountain in 1927 and recovered lots of gold. Of course, Earl Dorr was allegedly unable to file claims at the mountain because another miner had previously claimed the area. This mysterious prospector was supposedly named Pete Ressler, who was allegedly part of Butch Cassidy and the Sundance Kid’s Hole in the Wall Gang.

In the early 1940s useful metal was actually found on Kokoweef Peak, and it proved to be a source of zinc during World War II. Of course, the proceeds from zinc sales were used to help finance yet more continued search for the elusive River of Gold.

In the ensuing years, successive small groups of individuals continued the search for the mysterious underground river of gold. In 1964 The Crystal Cave Development Corporation (No, not the CCMC – remember, one letter can make a difference) which was yet another in the long list of claim owners, was formed for the purpose of leasing this property to anyone interested in continuing the search for the underground river.

Eventually, a corporation named Explorations Inc. of Nevada (EIN) was formed to continue the search. EIN developed tunnel systems in Kokoweef Peak mountain. They got seriously involved with the searching for the river and began electronic geophysical surveys and deep drilling projects. Microscopic examination from drill shavings showed traces of gold and other valuable minerals.

Not surprisingly, EIN reorganized in 2006 and formed Kokoweef, Inc. which continues the search for the underground cavern and river. The current operation is funded through stockholder monies from somewhere between 300 and 1,000 investors. They each purchased a minimum of $600 dollars in Kokoweef, Inc. stock. At least 11 individual investors have sunken $100,000 each into the enterprise. Presently, day-to-day operations are run by a small group of amateur investor volunteers residing either full- or part-time on site.

Over the years Ray Dorr, the nephew of legendary Earl Dorr, retold the legend many times, although he admitted questions about its truthfulness. Ray Dorr died in 2016 at the age of 88. So perished the last person who had personally heard the story from the man who “Either discovered the richest gold deposit in the United States…or he was the most imaginative liar in the state of California.”

If there was an award for never refusing to admit the possibility of error, it would have to go to the generations of miners who keep searching for the underground river of gold. Or maybe, just maybe, Kokoweef, Inc. has found a different kind of gold mine in the thousands of people who visit the mountain and pay for the privilege.

It does make one wonder; if it was so easy for some Indians to stumble into the River of Gold over a century ago, why has it been so hard to find in recent times?

If I were a betting man I would add this one to the “legend” column, but there’s nothing like a good treasure tale to get prospectors excited for the hunt!

Next: The Lost Gunsight Mine in Death Valley