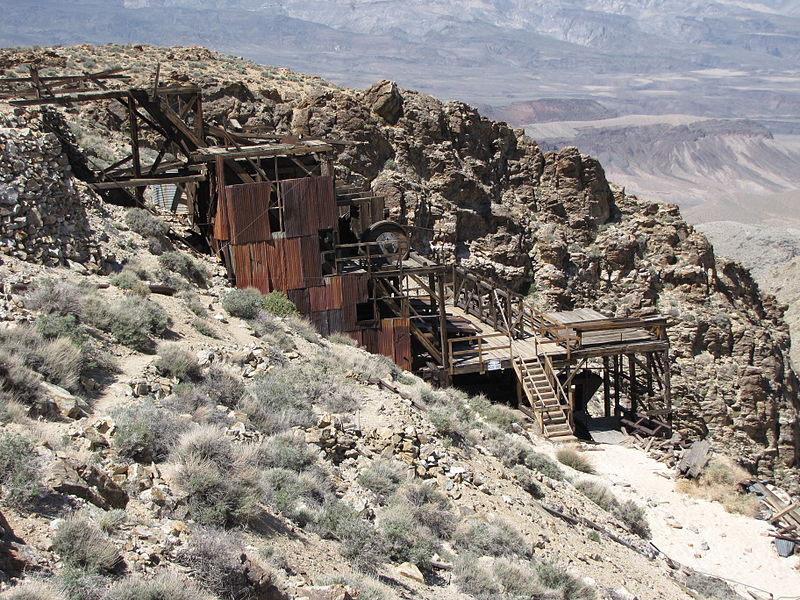 Death Valley is a very famous place located in Southeastern California near the Nevada border. We know a dozen things it is famous for: the hottest place in the continent, a mysterious place where stones move during the night, the most deserted national park, the lowest dry point in the USA among many others.

This mysterious and grand desert valley wasn’t explored by accident. It was the hunt for silver and gold that brought adventurous miners into this desolate desert.

The beginning of the Death Valley history was a story of sorrow. In 1848 Gold was found in California and a lot of people in America and even in other countries left their homes hoping to find their fortunes in this southern state. However, getting there turned out to be an insurmountable task for some.

In order to get to the places rich with gold, people had to cross the Mojave Desert and then the Sierra Nevada. Such a monumental hurdle of a desert and steep mountains made it a really hard journey. In addition to that, the Sierra Nevada passes got blocked by snow in winter, so people had to postpone the journey for 3 months at least.

As you can guess, 3 months in gold prospecting is a lot of time. Fortunes could be won or lost depending on who first arrived at the richest ground. So, in 1849 a group of prospectors led by Captain Jefferson Hunt decided to try another route that supposedly went around the Sierra Nevada to the south, thus enabling the passage in winter. 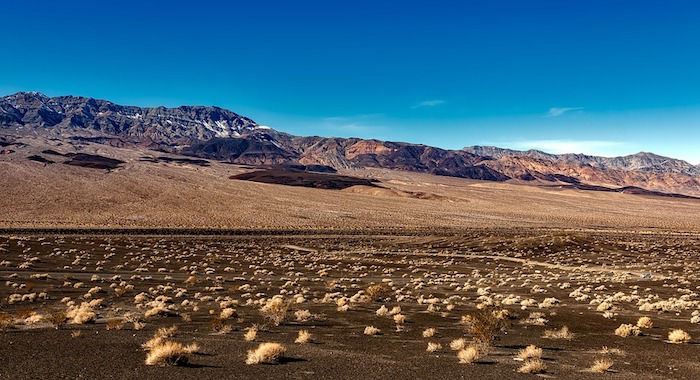 They left Salt Lake City in October and made some progress along their route. Their speed was slow and some people decided to take a shortcut through Walker Pass, a place confirmed only by a hand-sketched map. That was their grave mistake. They entered the Death Valley from its eastern entrance and got to the Panamint Range, the western border of the valley.

This Range stood as an impenetrable wall. Only by sending two young men through the mountains could they obtain enough supplies to cross them. And that is considering the fact that most of the group scattered while waiting for the young men to return. Snowfall was the only thing that prevented the entire group from dying of thirst. It is unknown how many people had died among those that scattered.

And: Gold Mining in the San Gabriel Mountains of California

As the last of the group crossed the Panamint Range, someone said: “Goodbye, Death Valley”. As you can see, the name stuck. So, the name of the place itself is connected with gold. 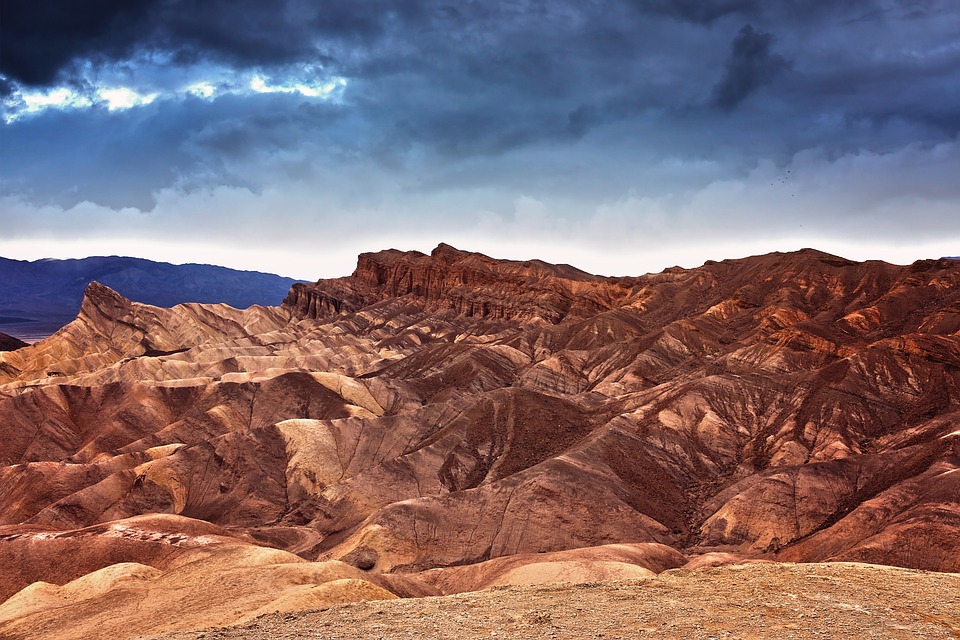 Mining in the Valley of Death

National Park Services of the Death Valley state that there are anywhere from 6,000 to 10,000 abandoned mines within the park! That is a lot, though most of them are small prospects that are barely evident today.

At first, establishing mines was a big problem because of the climate and a complete lack of water. Miners tried to process gold there since the 1850s but a lack of technology and the remoteness and desolation of the Death Valley doomed all of their attempts to failure. The first successful try at mining in the area was by the Borax Company. It wasn’t even gold though. They mined…borax, obviously. It is a white boron mineral which dissolves in water and has many different uses.

The Company had to move supplies on 20 mules which had cost a fortune. Their Ranch in the Valley made a good starting point for other miners though. So, the beginning of the 20th century brought gold prospectors into the Death Valley. With the miners, the towns sprang up. In a matter of years, the towns of Skidoo, Furnace Creek, Rhyolite and Keane Wonder Mine were founded and boomed up to several thousand residents per town. Those were the largest and most notable in the region. Hotels, stores and shops came with the people and despite the poverty of nature, they endured.

Most of the activity was in the eastern part of the Valley near the Amargosa Range, a mountain range, rich with gold and other minerals. It had a small river, so placer panning was possible there and the obvious advantage of having at least some water made this place a center of the Death Valley minerals processing. 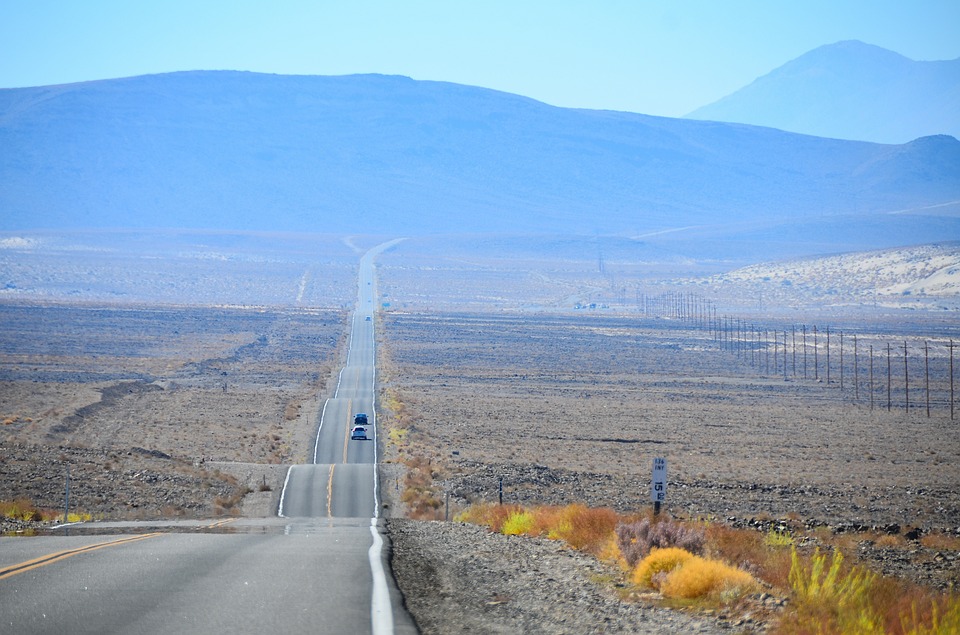 From a Rich Mining Region to a National Park

As it had happened with almost every boom town, Rhyolite and Skidoo were doomed. In 1907, the Gold Rush came to a halt. People began to leave and those towns lost most of their population. Less than a thousand people were left there to continue.

The final bell came when the government decided to proclaim the Death Valley as a National Monument thus banning any mining operations in the region. Furnace Creek, however, wasn’t abandoned completely and became the headquarters of the new park. The town houses tourists and is a seat for the administration.

You can visit Death Valley today to bask in the sunlight and enjoy the views. You can even find a lot of abandoned mines with their wooden pillars and carts, but mining and relic hunting there is prohibited and against the law.

Due to the fact that there were over 6,000 mines, there are lots of rumors of mines that are still full of gold. No doubt some of the stories are true, but we will never truly know what precious metals still remain hidden under the hot desert soil.