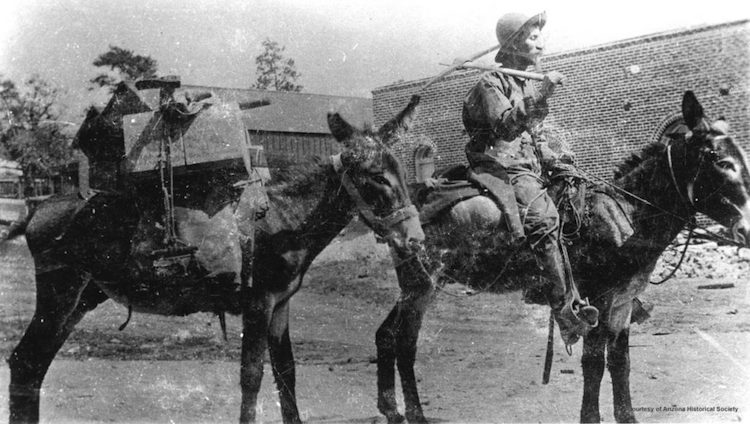 If you drive up the Highway 89 from Phoenix, you’ll eventually come to a sign that says “Where a desert breeze meets the mountain air”. That is when you’ll know that you have reached the old mining town of Yarnell.

The town lies on the slopes of the mountains overlooking the vast Peeples Valley. Yarnell is a small community that seems a world away from the busy hustle of Phoenix. You will find ranches, small restaurants and mostly retirees here. The whole population of the town is only about 600, but still, it is a very peaceful and relaxing place in the mountains. Who would have thought of the history it has?

The First Gold Strike in Yarnell

In 1865, a famous area pioneer Charles Genung (assisted by Henry Wickenburg), made a gold discover in the desert that would eventually become Yarnell. They made a claim but deemed it to be rather small, so they moved on and eventually established the Vulture Mine at Wickenburg.

Yarnell was dangerously close to being forgotten and never founded. But, in 1873, a whole 8 years later, Harrison Yarnell came to those mountains and made some additional discoveries. New claims were made and work began… 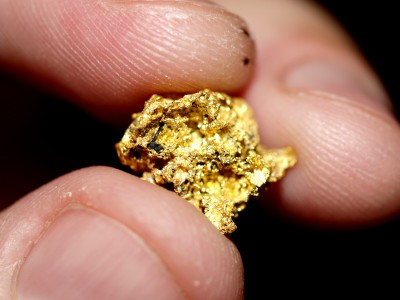 Compared to other gold rush towns of the era, Yarnell wasn’t really booming. Its development was more like a natural development of a town that exists because of some industry.

After the Yarnell Mine was established, the town gradually started to grow around it. Lots of smaller claims were scattered all around the mountain slope but basically, the only profitable mine belonged to the founder. Individual miners ventured into the Bradshaws and made additional gold strikes, but most of the people in Yarnell were there because of the Yarnell Mine.

As prospecting continued and the town grew, a stamp mill was built in order to process ore. Judging by the size of the mill (20 stamps) we can deduce that prospecting was quite substantial during the 1890s. After the mill, a post office was constructed in the town of Yarnell which suggests that it had more than a thousand citizens and became an official spot on the map of the United States.

When Gold Began to Dwindle

It is really ironic that only 2 years after the post-office was built, gold began to play out. Well, the amount of it didn’t become smaller actually but its quality started to lag behind. Of course, there are no guarantees when it comes to gold mining…

While the gold production did indeed slow, the people in Yarnell had become established in the town. This wasn’t your typical boom-and-bust mining camp. Many people who had come here weren’t so ready to leave.

So, we come to 1892, gold recoveries dwindle and the mines get shut down. Plenty of people leave the area, but many decided to stay and make a living in other ways. The climate with its mild winter and warm summer were very good for cattle too. All of the reasons mentioned above led to the survival of Yarnell.

With a population of only 600 people, it specializes in tourists who come here to enjoy the nature and the views. The close proximity to Wickenburg and Highway 89 make it a popular destination to explore. Some ranching brings life to this town too.

It is really unfortunate that a recent sorrowful event occurred on the Granite mountain. In 2013, a lightning ignited the forests around the mountain and the fire spread on to Yarnell. Half the town burned down and 19 firefighters were lost fighting for the citizens’ homes.

Next: The King Tut and Gold Basin Placers in Arizona