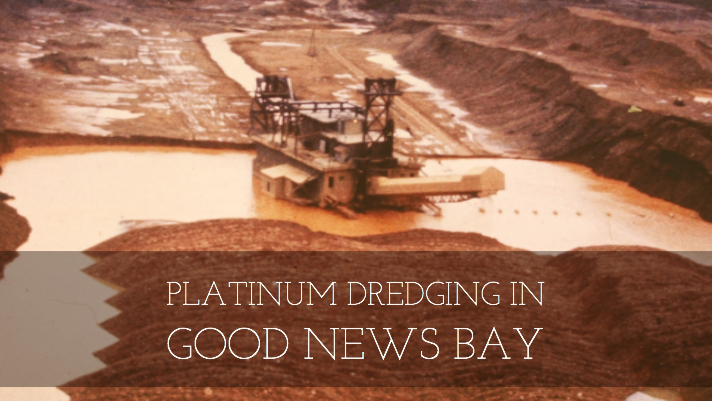 The mining activities have over the years influenced many regions when it comes to economic developments. Alaska is certainly no exception where mining is concerned. In fact, mining was the main driving force that helped started growth to the state.

Alaska houses one of the remote areas where some mining activities take place on Earth. Ever since the Klondike Gold Rush, men have been searching the rivers and mountains of Alaska for precious resources.

This state may be best known for its gold and oil, but did you know that it also produces considerable amounts of platinum? Let’s discuss one of Alaska’s major platinum mining fields. 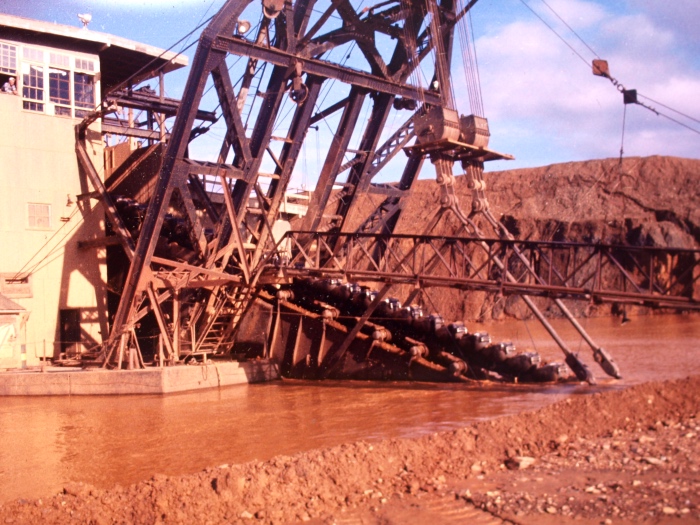 Good News Bay is located in the Southwest of Alaska, also located South of Bethel and West of Togiak. The mine area covers more than 4,000 acres south of the village of Platinum. The mining claims proceed further following Salmon River and the tributaries such as Platinum Creek, Squirrel Creek and Fox Gulch. It also cuts across the Eastern flank of Red Mountain, a ridge that is rust colored and rises about 2 thousand feet from the Bering Sea.

Platinum mining was discovered in Good News Bay of Alaska in the year 1926 by an Eskimo named Walter Smith who also led Henry Wuya, an Eskimo and Charlie Thorsen, a white prospector. Walter Smith came from one of the villages on Chagvan Bay. When he first discovered Platinum, he called it ‘Black gold’ until the metal was confirmed to have been Platinum at one of the Colleges of Mines at Fairbanks. 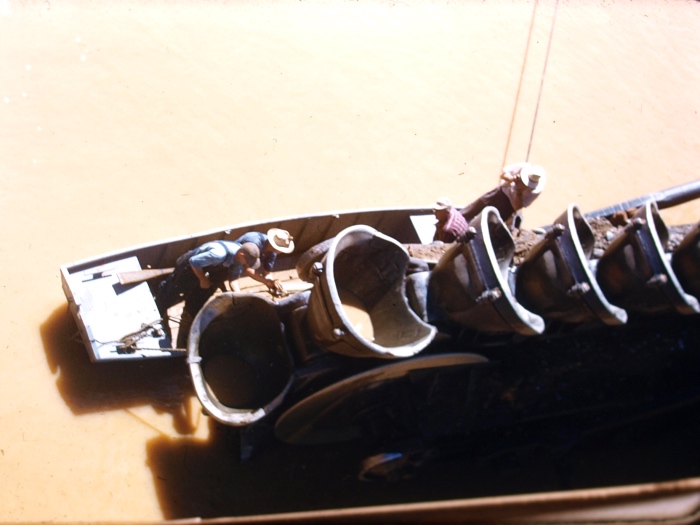 First Diggings at the Platinum Placers

The discovery of Platinum led to small-scale placer mining. In summer 1927 the Hand-mining operations began in shallow gravels of Clara Creek, Squirrel Creek, Platinum Creek and Fox Gulch. And during such operations of Hand-mining from the year 1927 to 1933 it is believed that the miners were able to extract about 3,000 ounces of crude platinum.

In the year 1933 an Anchorage prospector by the name of Walter Culver got access to a number of leases and claims in the mining area which constituted Platinum. But eventually, the operations were handed over to a particular group of gold miners who were also very successful pioneers at that time.

The group of the miners was headed by the young and energetic man called Andrew Olson. He operated the Northland Development Company with his partners, as well as Olson and Company in Alaska. 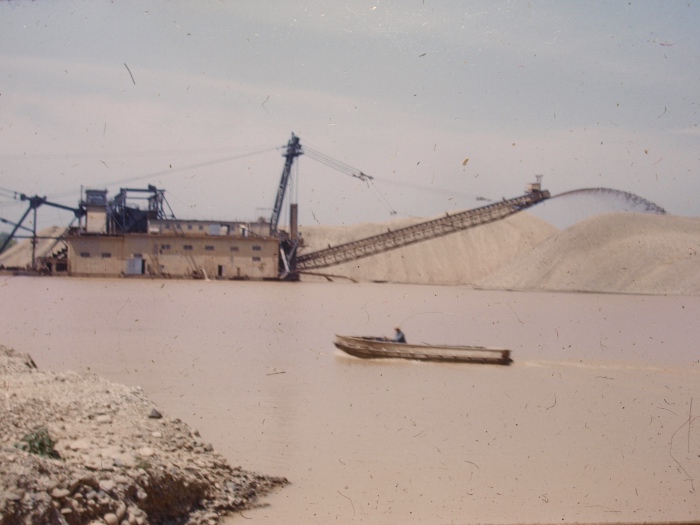 Development of the Platinum Fields

In the year 1934 the Northland Development Company decided to import some equipment which was more advanced to be effectively used in the mining operations. Such equipment included a dragline excavator, trestle sluice box, caterpillar tractor, among other supplies which were deemed fit to complete the establishment of a modern mining camp.

On 10th July, 1934 the ship carrying the equipment arrived at Good News Bay. Later, all the equipment was distributed around the Western flank of Red Mountain and up Salmon River to Squirrel Creek.

The operations later commenced in August after all the equipment had been assembled successfully, without any major interruptions to the mining activities, except when there were annual seasonal shutdown and a few strikes.

Eventually, in 1935, Good News Bay Mining Company got a privilege to be incorporated under the laws that governed the territory of Alaska, with the main operations quite limited to only undertaking dragline operations. 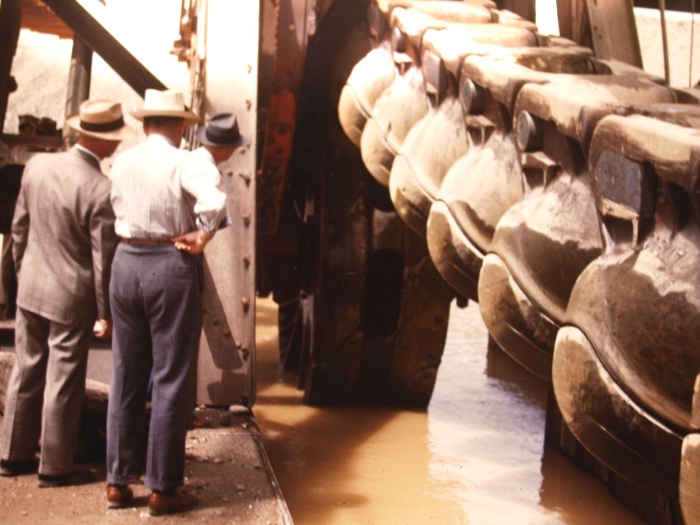 Bring on the Bucket Line Dredges

While mining increased over the decades, it was the introduction of the bucket line dredge to that transformed mining in this remote village and increase platinum yields considerably. A dredge was constructed by the Yuba Dredge Company that processed millions of tons of platinum bearing gravels.

By the year 1937, serious and more productive operations began to be undertaken by Good News Bay Company when it succeeded the operations of Northland Development Company up until the year 1979. The company is believed to have extracted over 500,000 ounces of platinum along with few amounts of gold in the process.

The Good News Bay Company also managed to do a number of developmental activities during its operations in the mining area. The company constructed bunkhouses, a recreational hall, various offices, shops and a cafeteria in its quest to maximise the operations. 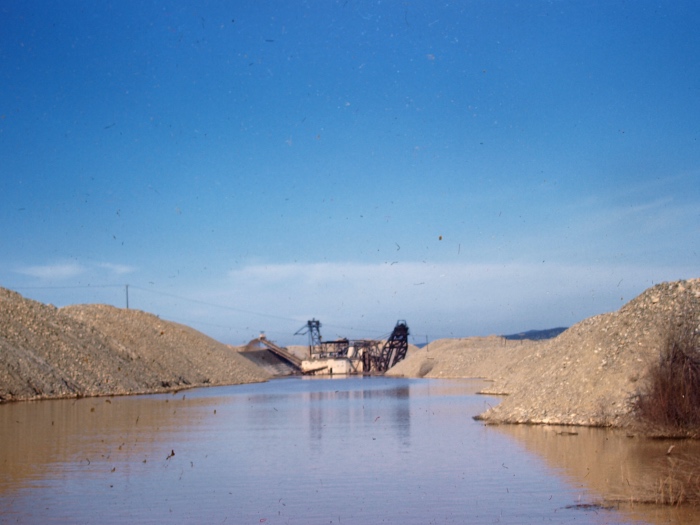 Even with the extensive mining activity that has gone on over the past century, there is still considerable platinum reserves in Good News Bay. This remote mining camp is still very rich and is likely to produce platinum for years and years to come. 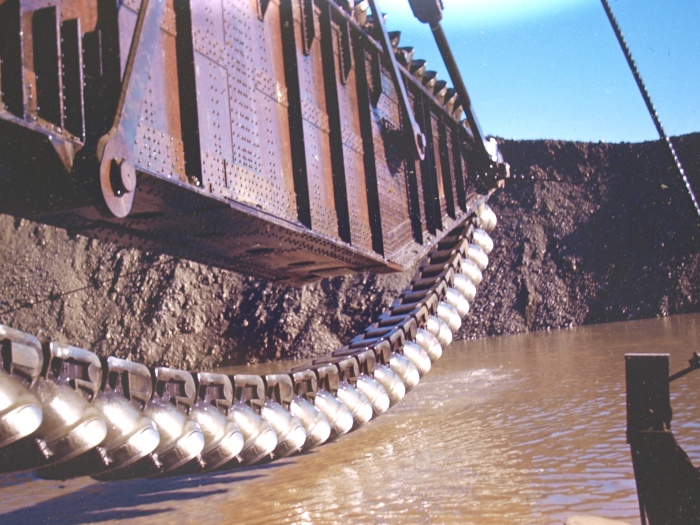 Brand new buckets, still shiny! Ready to get to work!

Some Views from the Past

The photos in this article were provided to me from the family of the late Charles Romanowitz, who worked for the Yuba Dredge Company from 1940 through the mid 1960s. The pictures provide a glimpse into the development of this remote mining region, an areas that very few people will ever see.

The bucket line dredges truly changed mining in Alaska and throughout the world. There were many dredges that operated throughout Alaska, but this was one of very few dredges that was constructed and designed specifically for the recovery of platinum.