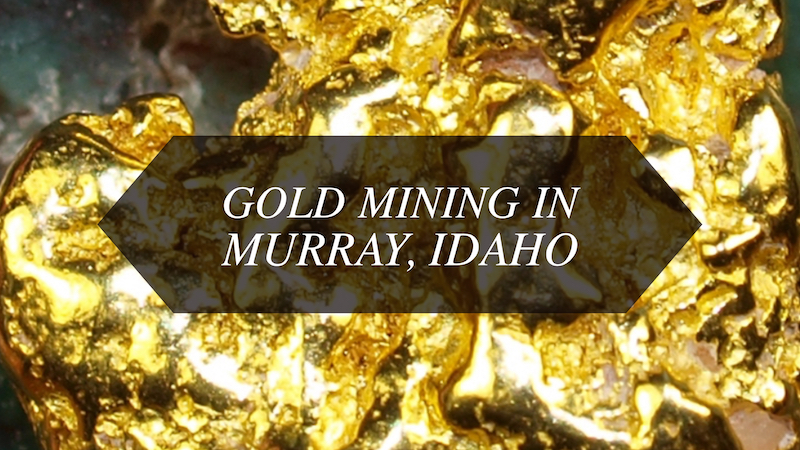 Murray is a small town in northern Idaho that doesn’t have a lot going for it these days. Don’t get me wrong, it is a beautiful part of the state and a lovely place to visit in the summer, but there isn’t much going on. Mostly just a few residents and some small businesses.

If not for the old dredge tailings, you might not even realize that this was once a booming mining town. There is little in the way of mining today aside from a few small operations, but this was actually one of the last true gold rushes in the United States.

Discovery of Gold in Murray

In 1880, A. J. Pritchard discovered gold on Pritchard Creek near present day Murray. This is a small settlement area found in Idaho’s Panhandle region located in the northern section of Idaho not far from the Continental Divide and the Montana border. That first discovery occurred close to 40 years after gold was discovered at Sutter’s Mill in California, in the late 1840s.

However, despite the late discovery of gold in the area of Murray, this part of Idaho was already conducting mining activities way before gold was discovered. The mining activities that were conducted in the nearby area were in the valley rich in the mineral of silver, and was called the Silver Valley, or the Coeur D’Alene mining District.

As soon as the placer gold was discovered on Pritchard Creek, thousands of men were drawn to the valley; as a result the first community called Eagle came into existence at the confluence of Pritchard Creek and Eagle Creek. Soon the deposits of placer gold were being mined from the D’Alene River all the way upstream towards the Montana border. Many different creeks and gulches had gold deposits. Many mines were established.

By1881, Eagle had began to grow considerably, and a few miles upstream as more enriched ground was discovered, Murray was formed named after George Murray, a prospector from the area. The population kept increasing up to about 2000 people at the peak of mining in the area. 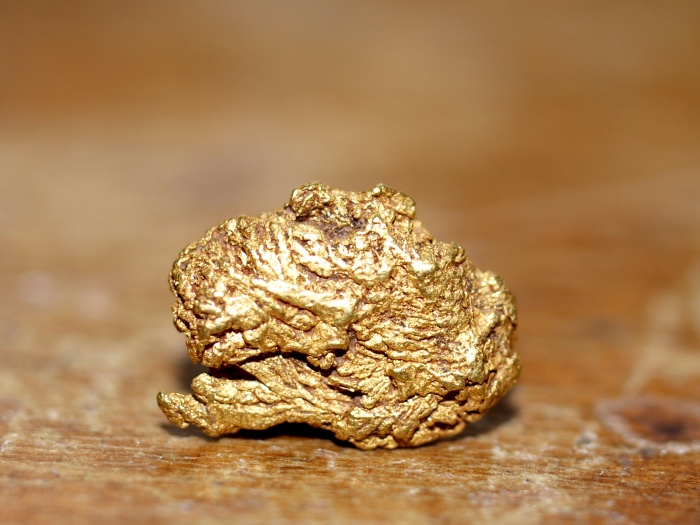 More Gold is Found and the Town Grows

Later, the coming of Murray community brought about the establishment of the first post office in 1884. It is the coming of this settlement area, which led to the construction of a railway into the region, and was completed in 1887 to facilitate effective mining operations in that region.

For several years and several miles along Pritchard Creek the placer mining was at its peak. It is known that even smaller diggings could be located in nearby Beaver Creek, Eagle Creek, Trail Creek and the North Fork of the Coeur D’Alene River. Several other drainages and gulches that surrounded Murray would produce placer gold.

Murray is very much known for the large gold nuggets that were discovered during the mining operations. Even today there are some big nuggets that are found from time to time by men hunting for gold with metal detectors.

According to some of the reports regarding the discoveries of the gold nuggets, it was revealed that gold nuggets weighing even over 10 ounces were located in the area.

It is believed that quartz inclusions were also found with gold mined from that area, and there are possibilities that some good quality gold in quartz specimens can still be located in the area. It is a well-known fact for nuggets to be rather smooth, with both white and rose colored quartz as well as water worn attached to them.

By the turn of the century Murray was deserted, but later the mining activities were revamped at the time of great depression in the area. A lot of space around Pritchard Creek was reactivated using the bucket dredges, such that even today there are huge piles that can be seen several miles up and down Pritchard Creek.

Even though there isn’t a lot of active gold mining in Murray these days, there is still gold to find. Many of the large silver mines in the Silver Valley are still in operation.

When I visited Murray a few years back, I did see several small trammels operating in various areas around Murray, which just goes to show that gold can still come from this remote little mining town even 140 years after the first discovery.

Next: 19 of the Richest Mining Towns in Idaho