Gold has always been greatly prized for its beauty and simplicity of ease of used when creating various types of artwork.

Gold’s resistance to tarnish or most other forms of decay means it is incredibly long-lasting. There are relics made of gold found in ancient artifacts which were recovered from the most ancient excavations.

In fact, the earliest known gold artifact is a tiny ornament found in Bulgaria during 2016. This find dates from approximately 4,500 BC, which was approximately the dawn of recorded history. Now that is long lasting.

Also, gold’s value has always made it a magnet for thieves, who have stolen and later sold it for profit when it was often melted and reused to make new adornments. Gold is so long-lasting that your gold wedding ring could possibly have been part of an ancient Egyptian treasure.

Due to the value people have always placed on gold, it became a form of barter for millennia before first being used to produce money. This led to gold being transported many thousands of miles from where it was first mined and smelted. The new owners either kept it as a treasure or melted the gold down to form their own artwork.

Some of this arrived as jewelry or raw gold and was melted down to create their own treasures. One of the early examples is gold jewelry which was found in the recovered sites of the very oldest human societies in Mesopotamia, which is the valley located between the Tigris and Euphrates Rivers in what is now Iraq. This part of the world has so many ancient finds it is often called “the cradle of civilization.”

Some of the jewelry found there dated as far back as 3,000 BC. Like many civilizations throughout history, this area was a common trade route. Because of this, gold for these objects came from trade with Samarians, Egyptians and other cultures which had ready access to their own local gold supplies. 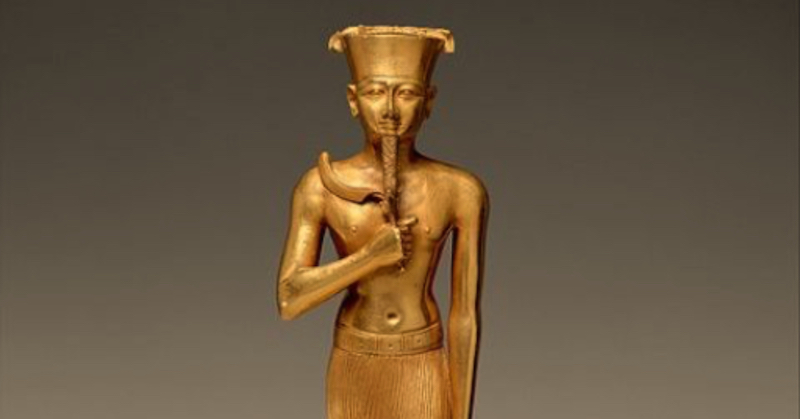 Gold has been used by the ancient Egyptians as far back as they can be reliably dated. Beginning as early as 3,000 BC, gold played a very important role in ancient Egyptian mythology which made it prized by royalty and priests.

Not only did the ancient Egyptians create some of the world’s most impressive artistic works of gold, they were responsible for the origin of many goldsmithing skills. One of these methods for casting gold is known as the “lost wax” technique, which is still sometimes used today. This involves pouring the molten metal into a mold created from a wax model. After the mold is made the wax model is melted and drained away. Hence the name “lost wax.’ They also pioneered many other ways to use gold in decorations.

Gold’s important place in ancient religions is shown by the large amount of gold that was used when constructing wealthy and powerful people’s tombs. Discussion of gold’s prominence to the ancients was also described in the earliest texts.

In addition to the impressive artifacts found inside of tomb’s themselves, gold was so important to the ancient Egyptians that the capstones on the pyramids of Giza were made of solid gold. Although the bricks were constructed of mud and straw, Egyptian builders made sure to include gold in this special place of honor.

Egyptian goldsmiths also developed related skills such as the grading of gold’s purity. They also made intricate maps to record the location of their gold mines. 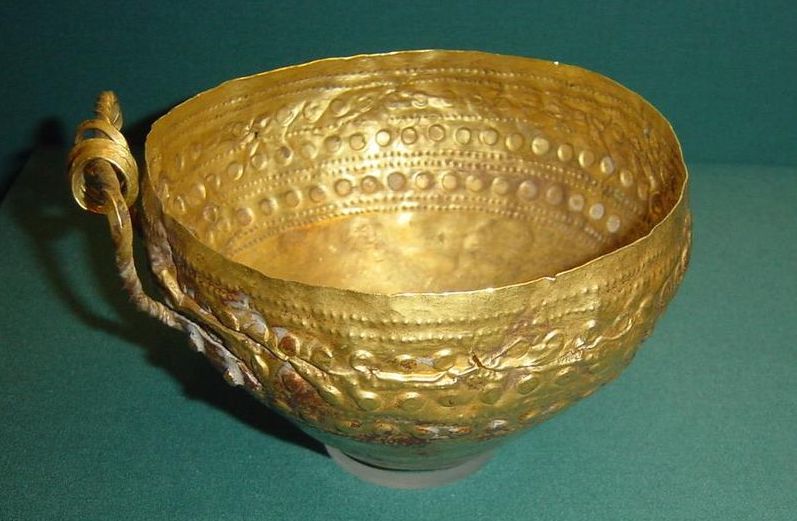 The ancient tribes of the New World were have been fascinated by gold for centuries. Most people are well aware of the value that the Aztec, Inca, and Maya cultures places on gold and silver.

Of course, as large part of the story relating to these cultures is arrival of Spanish and Portuguese explorers who pilfered the countries of South and Central America to bring their golden treasures back to Europe. This dark part of our history is yet another example of the lust for gold that has dominated humans for thousands of years.

Nearly all of the later ancient Mediterranean civilizations such as Greeks and Romans prized gold and used it in all sorts of decorations, which required them to develop their own goldsmiths. Additionally, gold was also particularly prominent in their own religions.

For the ancient Greeks, gold was not just considered to be a benefit to the dead but also a necessity. They believed departed souls could never cross the River Styx to reach the land of the dead unless they first paid the boatman. Naturally, he demanded a gold coin as the price of passage. This is where the custom of placing a coin in the mouth of the deceased came from.

The importance of gold can also be found in many other parts of the ancient world. It featured prominently in China and other parts of Asia. Some of the oldest known Chinese jewelry was made of gold. The wealthiest people even used strands of gold in their formal clothing. Whenever gold was important to a society, goldsmiths were required to fill the need.

Next: The Lost City of El Dorado – The Hunt for the Golden City in the Jungle