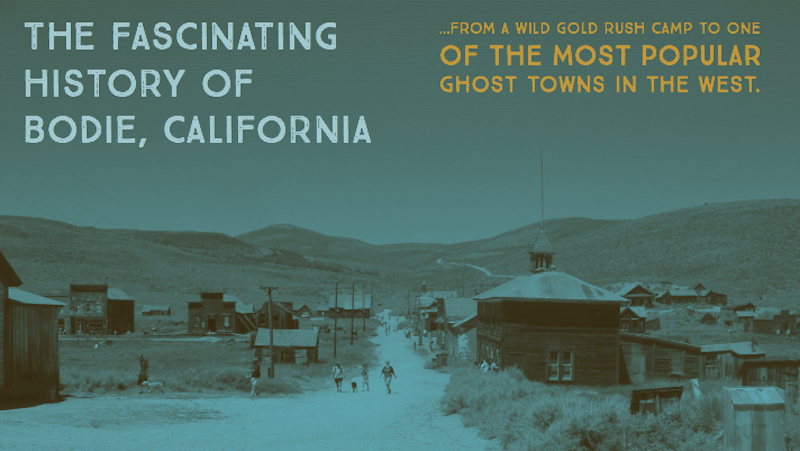 Gold was discovered north of Mono Lake in 1859, initially by four men who were subsequently joined by other prospectors. They only mined for a very short time until one of the miners, a W.S. Body, was killed in a surprise November blizzard. Although his time there was short, it was his name that was eventually given to the town, although the citizens thought the spelling “Bodie” rather than “Body” probably looked better on the signs, and so the name of Bodie was the name that stuck.

The mines and two stamp mill were abandoned in 1868 due to very little return on investment. Individual prospectors continued on in hopes of striking it rich, but companies with financial backing lost interest, until 1875, when the Bunker Hill mine collapsed.

Investment and Growth of Bodie

Speculators from San Francisco were attracted by the ore that was exposed from the cave in. A group of investors formed a company called The Standard Company, and started a full scale mining operation, which ended up producing gold and silver bullion in excess of $784,500 in 1877.

The amount of precious metal being taken out of the mine encouraged the company to construct a 20-stamp mill in 1877. It was initially steam powered, but by 1895 the dropping value of ore combined with the rising cost of fuel convinced Standard to change over to electric power. A short three years later a fire claimed the mill, but Standard rebuilt the mill that still stands in Bodie today.

News of the success of Standard’s mining operations brought in hundreds of people hoping to make their fortune. It didn’t take long before a shoddy little town had been built. Prospectors were attracted by news of the richness of the Main Standard Ledge and the Fortuna Lode. Most accepted the reporting, not necessarily based on fact, that there existed a huge vein rivaling the Comstock’s Big Bonanza, extending two miles out from Bodie Bluff, ending somewhere in the area of Queen Bee Hill.

Thanks to the investment money pouring in from all over the United States, twenty-two of the mines that existed in 1878 had purchased expensive machinery to bring up the ore. 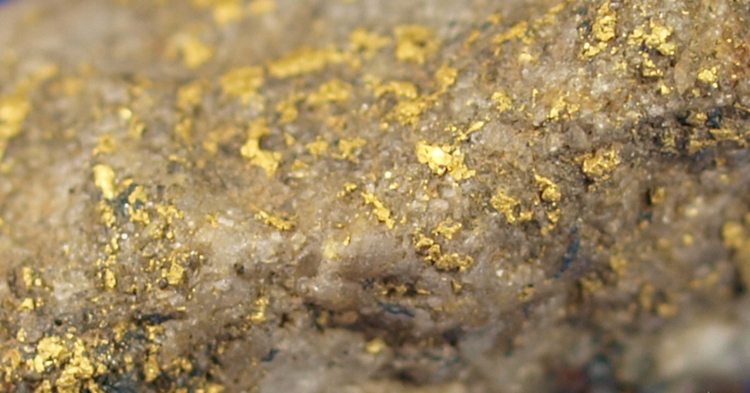 One of the Roughest Towns in the West

The development of Bodie followed the usual course. First, a few miners, followed by hoards of people wanting to strike it rich. As with most mining towns, Bodie grew too fast for law and order to keep up, and the violence and lawlessness that developed was on a par with Dodge City, Deadwood, and Tombstone.

In June of 1879, a San Francisco newspaper reported: “Saloons and gambling hells abound. There are at least sixty saloons in the place and not a single church.” In February of 1880, The Daily Bodie Standard reported: “The stages come in loaded with passengers and go out loaded with bullion.”

The usual stagecoach holdups, brawls in the saloons, and shootouts in the street followed, but probably far less often than the tall tales reported. The legendary stories about “The Bad Man From Bodie” held the rest of the country in thrall, far more than actual information about the mining development. One little girl in San Jose was reported to have prayed, “Goodbye, God, we are going to Bodie” One local Bodie editor was incensed at the slur and claimed that was not what she said at all. His contention was that she had said, “Good! By God, we are going to Bodie.” Who knows if she actually said anything at all, although if she did, that last quote seems a bit much for a three year old.

Also Read: Mining in Death Valley and the Discovery of a Rich California Desert

And: 6 Underground Mine Tours in California

As people poured into Bodie, the population grew to more than 7,000, with a mile long Main Street. As with all boom towns, the citizenry was a mix of down and outs, families, business people, storekeepers – all hoping to do better than they did in the last place they lived. Bodie had the usual red light district and a Chinatown, but it also had built two banks and the town even had its own brass band.

After twenty years of prosperity the citizens decided they ought to do something better for their founder than the shallow grave he rested in. They dug up his remains, and formally reburied him in the town cemetery, after a showy funeral procession. Unfortunately, they did not mark the grave, and before long its whereabouts in the cemetery were completely forgotten. So ends the story of W.S. Body, William S. Body, Wakeman S. Bodey, or whatever his name actually was.

Before converting to electricity, the demand for wood for steam power was satisfied by wood from the Sierra foothills, brought in by the Bodie Railway & Lumber Company. However, the ore that had promised much during the first big boom proved disappointing, and some mills were dropped to running part time, while some were closed altogether. With prospects for riches and employment turning bleak, and winter closing in, the majority of the population of Bodie departed. By 1880 just a few mines were profitable, providing steady jobs for just a few.

The mines that continued to operate provided a living for the next 30 years for about 800 people. The individual prospectors were long gone, and those who were left were employees of the mines. In April of 1882, the Standard mineshaft reached 1200 feet deep, and the Lent shaft reached that level in January of 1888. Hopes were dashed when, all they found was ore of such poor quality that it did not pay for the cost of bringing it to the surface. Even with new technology developed, the deep shafts were never reopened. By 1913 all the mining companies in Bodie had folded.

From 1928 to 1931, a few mining companies came back to try again, but with very little luck, and when most of the town burned down in 1932, that was pretty much the end of Bodie.

Today, Bodie, CA is considered to be the best preserved ghost town in the West. It has not been spiffed up, but continues to to existed in what is called “a state of arrested decay”. If you visit today you will see a silent town with empty buildings, just as they were left.