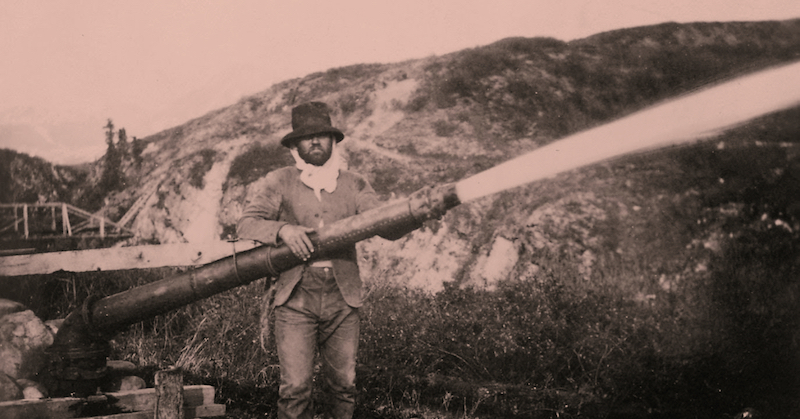 Hydraulic mining became the primary way to recover large amounts of gold by the late-1800s. While normal placer mining techniques like panning and sluicing worked well in the rivers, there were many areas with ancient river gravels that were high above the current water flow. These could only be mined profitably with hydraulic mining.

Water was routed to the mines through a series of ditches and flumes which sometimes stretched for hundreds of miles. Lots of water was critical, but they also needed to route it properly to allow the for enough pressure to feed through the monitors and create a spray powerful enough to bust apart the old cemented gravels.

This methods is most evident in the California Gold Country, but it was also used in most of the rich mining areas through the West. These images below are from many different locations including Alaska, California, Idaho, Montana, and the Yukon Territory. 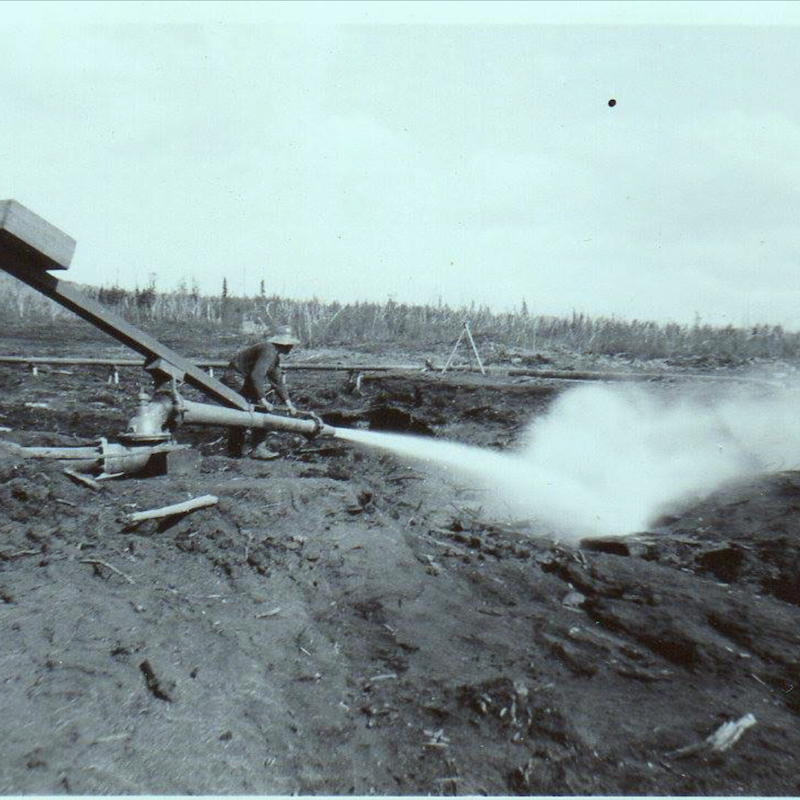 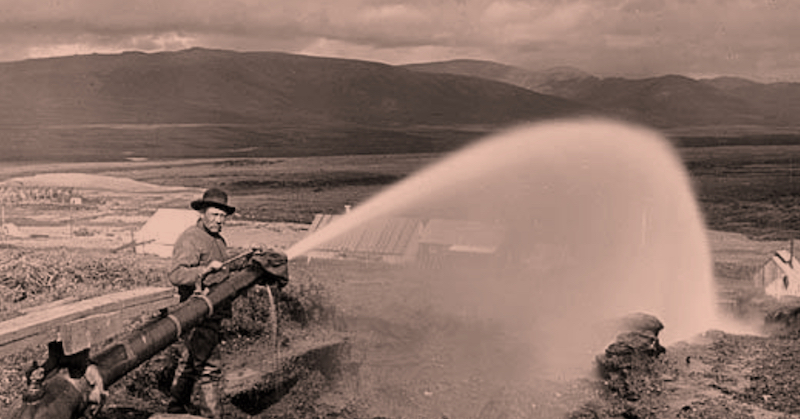 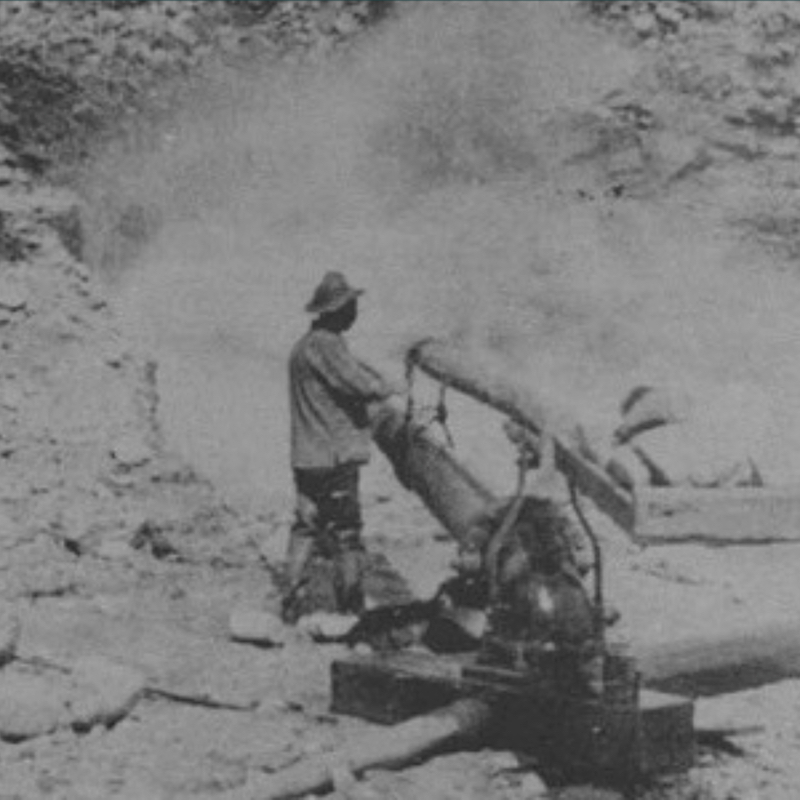 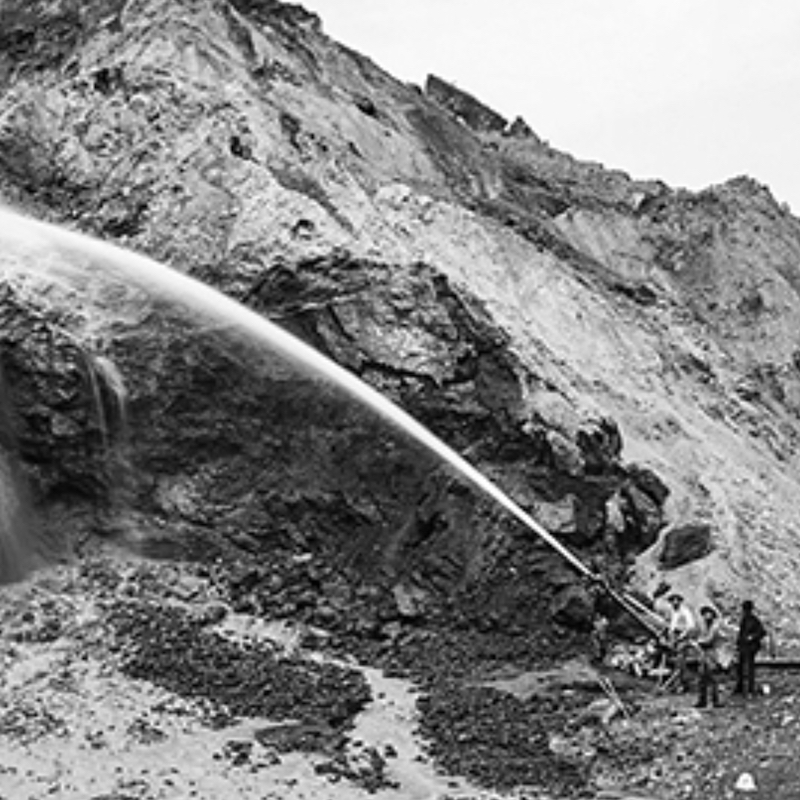 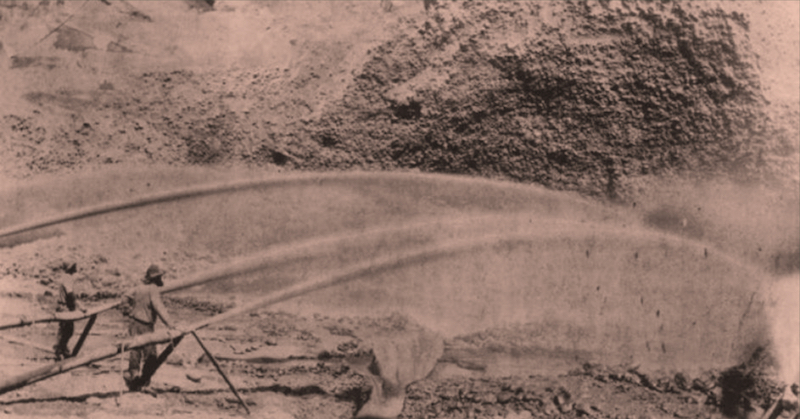 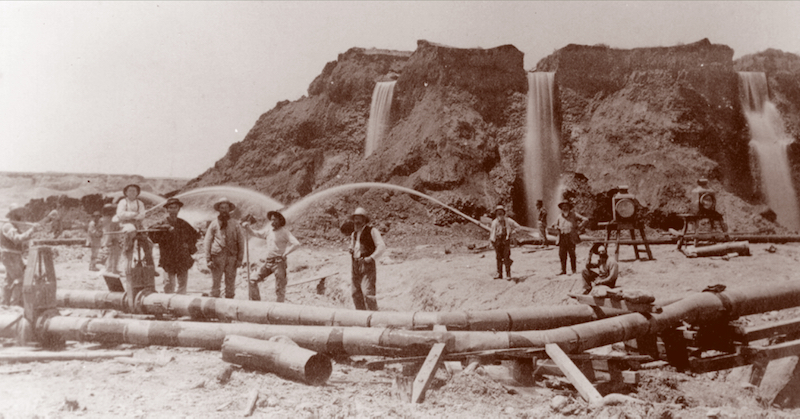 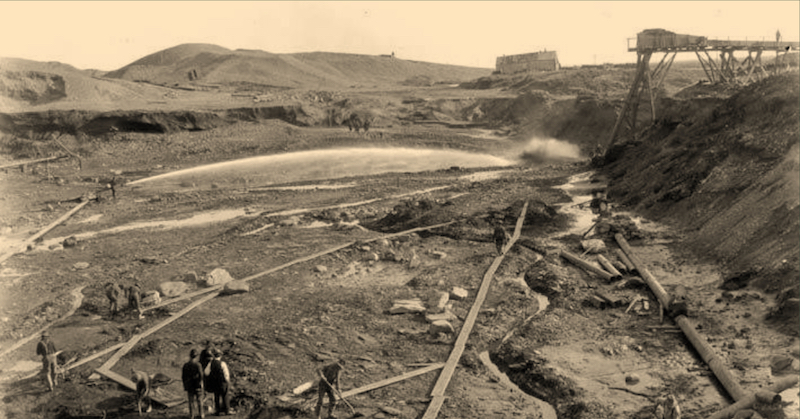 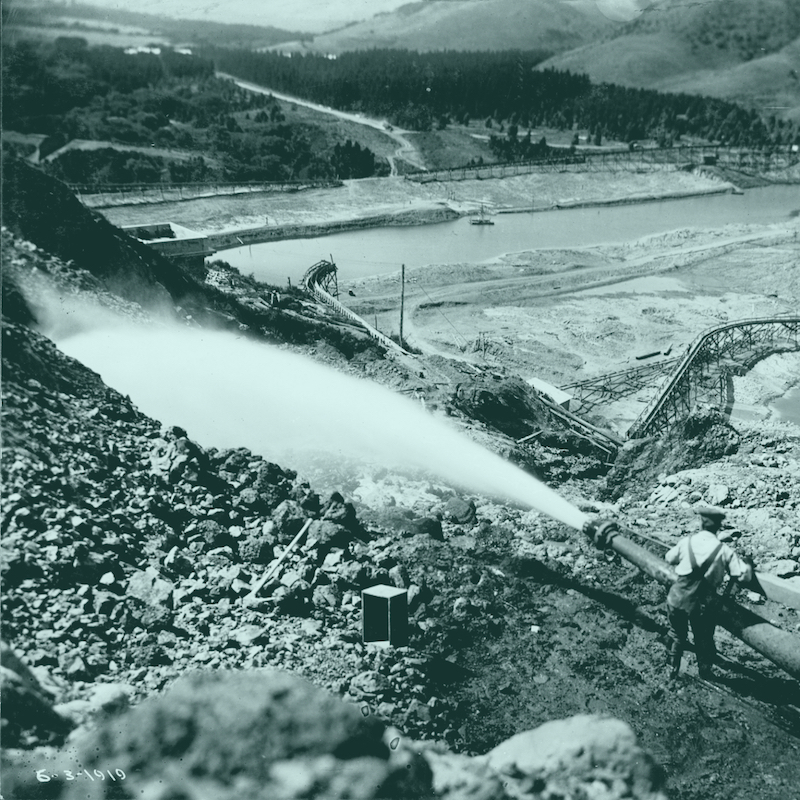 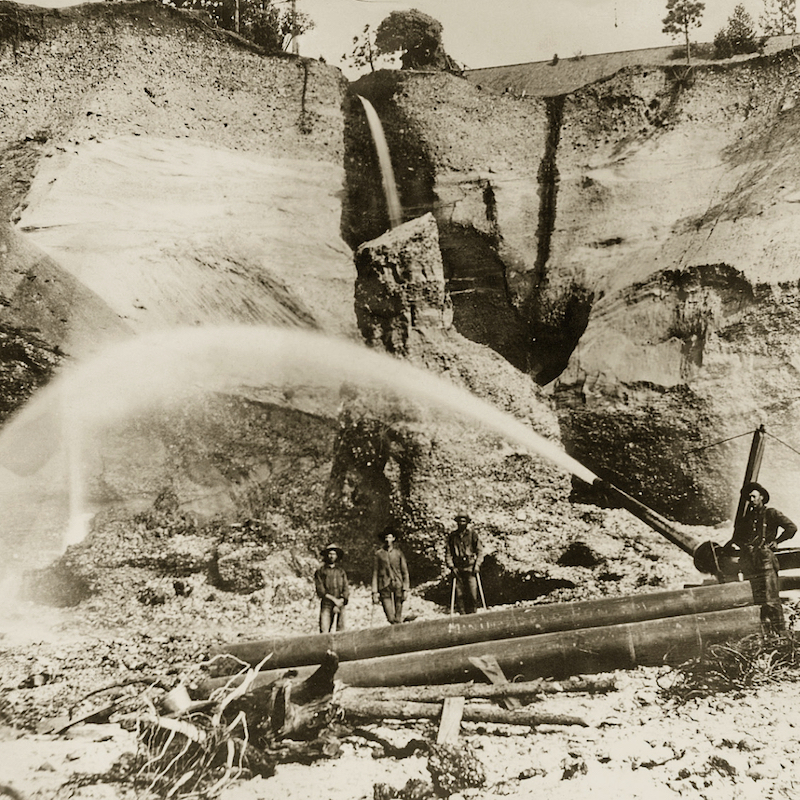 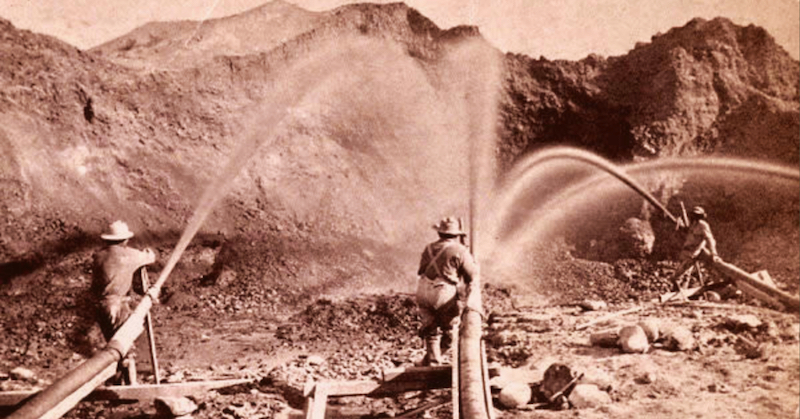 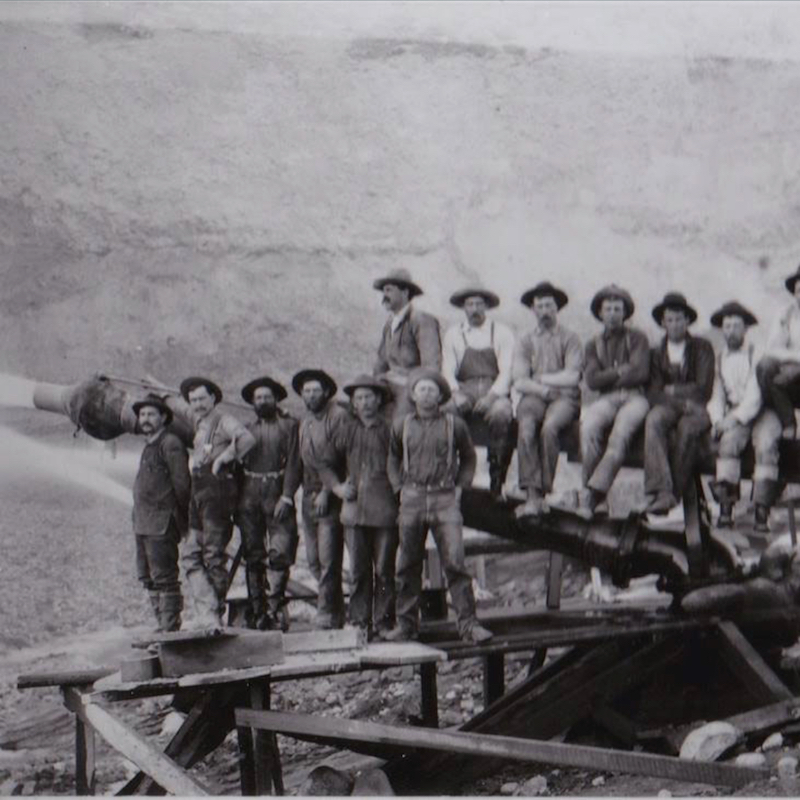 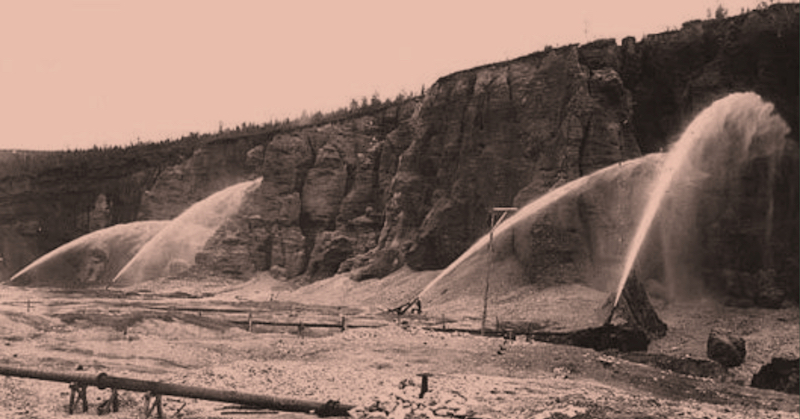 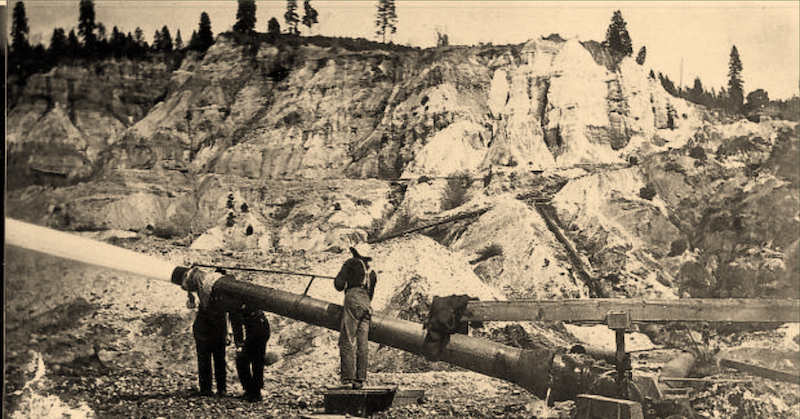 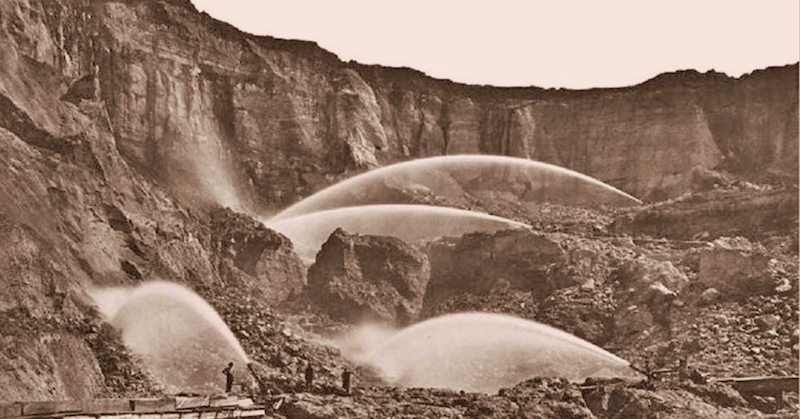