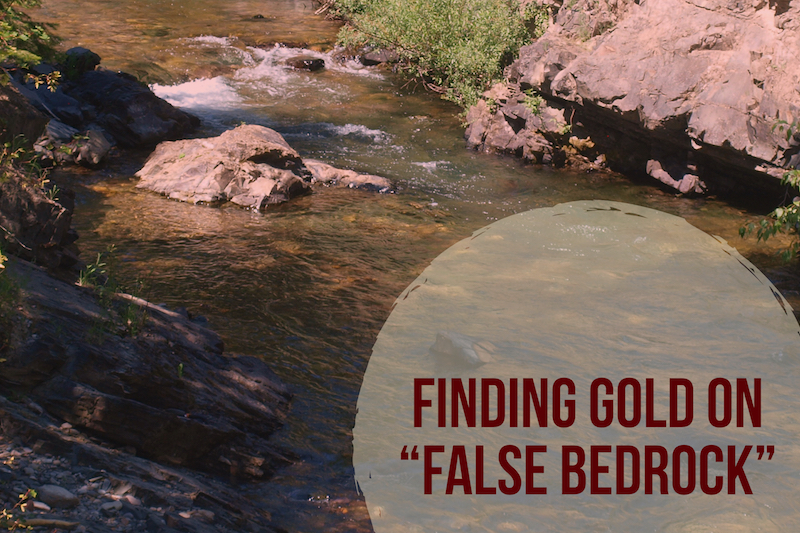 Any placer miner worth their salt knows the importance of finding bedrock. To find any real appreciable quantities of gold in just about any circumstance you will need to get down to bedrock.

What some prospectors don’t realize is that there are sometimes situations where a dense layer of material can act as a barrier that will concentrate gold in the same exact way. This is generally called a “false bedrock,” and you should be on the lookout for it.

What is Real Bedrock vs. False Bedrock?

I’m sure you know what real bedrock is. This will be comprised of the host rock in the area. It will be a solid rock – and obviously – an impermeable barrier. Gold will settle down into the gravel until it hits this bedrock, at which point it will generally find its permanent resting spot

False bedrock is usually comprised of clay, which forms in a layer above the real bedrock. Miners call it “false bedrock” because even though it isn’t a true bedrock comprised of host rock, it will stop gold in the exact same way.

Either of them can be found at any depth, even as shallow as just a few inches below the surface. Then it is a simple matter of scraping the material with a shovel and dropping it in your gold pan. 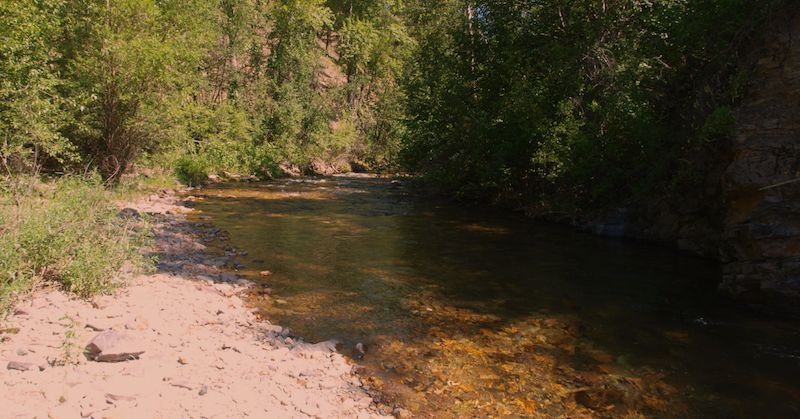 Both of Them Stop Gold

When scattered amongst sand and gravel, gold is constantly on the move. The turbulence of water and the natural affects of gravity force it downward until it reaches an impermeable barrier. Obviously the real bedrock can stop gold, but these dense clay layers can truly be as hard as cement, so they are very capable of stopping the gold as well.

These heavy clays layers are found in the desert too. Desert prospectors are certainly familiar with caliche or a solid layer often called “desert pavement.” While not true bedrock, it is rock solid and you can find gold above it.

Read: Using a Gold Pan to Find Nugget Hunting Spots in the Desert

Barren Gravels Underneath the False Bedrocks

Since false bedrock will stop gold, you might find that there is no gold underneath it. In fact, the true pay layer of gold bearing concentrate may be found totally above a false bedrock. If you dig through it in search of real bedrock, you might find that there is no gold there. Although, it totally depends on when the clay layer formed. A false bedrock could easily form overtop of an existing gold deposits, which would result in multiple pay layers within a given deposit.

It is especially important to be aware of false bedrock if you are prospecting in the Midwest and the South. Often, the gold here is extremely fine, and will only go down to the very first dense clay layer in a river.

Fine gold stops very easily once it hits a truly solid barrier. Just keep in mind that the layer needs to be truly solid and consistent. If there are breaks in it then the gold will eventually move past in as gravity pushes it further downward.

Next: Explore these 19 Mining Areas with BIG Gold Nuggets