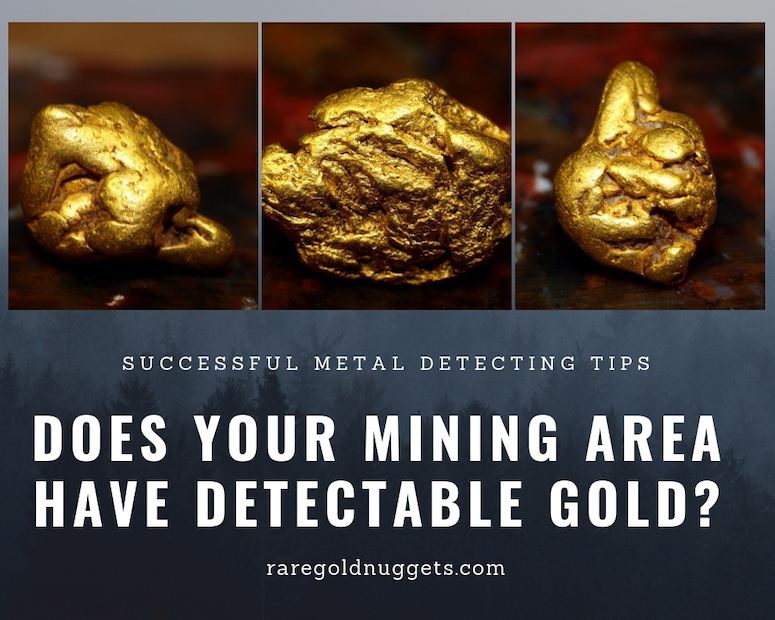 We have now discussed how to research areas to prospect, and how to identify places that have a high likelihood of having gold, but there is one more important consideration that prospectors using metal detectors need to consider; does the area have detectable gold?

Is the Gold Large Enough to Find?

For those of us that use a metal detector

to find gold, seeking out areas that have gold that is actually large enough to be detected is critical. An amazing number of prospectors overlook this simple part of research, and waste valuable time searching for gold in areas where gold nuggets are rare or nonexistent, even if the area is extremely rich with gold and other minerals.

How can an area be rich with gold but lousy for metal detecting? It’s very simple really. There are countless mining districts throughout the country that only produce gold in very small particles. In some cases, the gold may be so tiny that it is not even visible to the naked eye and requires complex extraction methods to remove it from its host rock.

There are many mining districts that have produced thousands of ounces of gold like this, and not a speck of it was found with a metal detector or even by other placer mining methods. It required complex extraction methods only available to larger mining companies.

That may be the extreme side of things, but there are also many mining districts that are very productive to small-scale miners who use gold pans, sluice boxes

, drywashers, etc. Yet metal detectors will miss almost all of the gold. Again, some areas only produce very fine gold in the form of fine dust or very small “picker” sized gold. The gold nuggets are virtually nonexistent.

Finding areas that have produced larger, detectable sized gold is really no different than the research that you are already doing to find the productive gold bearing areas. Just make certain that you pay attention to any mention of gold nuggets or larger pieces of gold that were found during the early mining days.

It is very common to find references to large gold nuggets that may have been found. Many of the better mining reports will mention some of the richer discoveries within an area, and the geological conditions that the gold occur in. Read carefully, and make special note of the type of gold that was found.

If there is any mention of large gold nuggets or gold veins found within quartz, this is likely a very good area to explore with your detector.

Historic newspapers can also be a fantastic research tool. No doubt many of the best finds were never reported, but it is actually surprising how often a large discovery would make it into the newspaper. Most of the old mining towns were working hard to attract attention and encourage economic growth to the area. It is not uncommon to find short articles from the early days about various gold strikes and large gold nuggets that were found during the early gold rush to an area.

Talk you the local library in the general area that you want to research. They can often help you find these old newspaper articles. Sometimes they have been digitally archived and you can actually view them on a desktop computer. 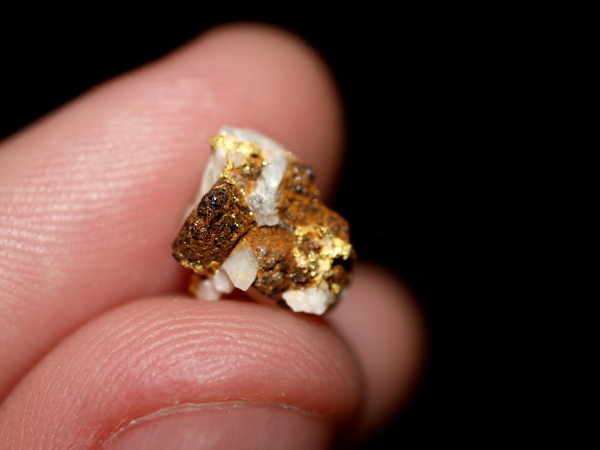 In your research, always be on the lookout for the term free-milling gold. This describes gold that is contained in host rock that is extracted by crushing and milling the rocks to release the gold within.

Areas that are known to have produced free-milling gold are great for prospectors who use metal detectors. It indicates that there is potential the gold is coarse enough that it can be found with a good metal detector

. This may not be true in all cases, but often it is.

Physical evidence that free-milling gold occurred in an area are old equipment like arrastras or stamp mills. Look for any mention of these in your research.

Micron Gold and Gold in Sulfides

Avoid areas that were primarily mined using chemical means to extract gold from the host rock. Any mention of micron gold or fine gold that is locked-up in sulfides indicates that the gold is too small to be detected with a metal detector. There are countless areas that have been mined extensively that only produce this type of gold so be sure to do your research and avoid wasting your time in these areas.

Next: The Best 5 Metal Detectors for DEEP Gold Nuggets