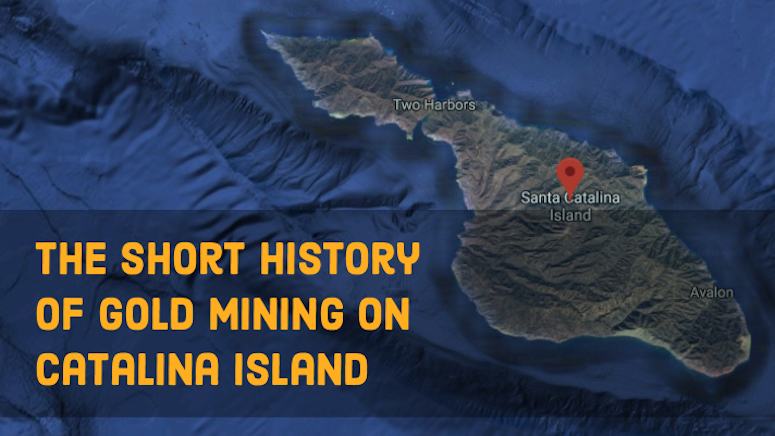 “The real voyage of discovery consists not in seeking new landscapes, but in having new eyes.” – Marcel Proust

In the 1850s, the same thoughts were likely echoing in the minds of prospectors on the Santa Catalina Island off the coast of California. During the California gold rush, these enterprising miners began quietly searching for gold on this rocky island, away from the saturated mainland. Sitting approximately 29 miles southwest of Long Beach, Catalina’s 22-mile-long stretch was deeply rooted in mining and trade long before the prospectors, and even the first European explorers set foot on the island.

As early as 7000 BC, the mining and trade of soapstone was already underway. In those days, the island was home to the Tongva tribe of Native Americans—they called the island Pimugna, and themselves were called the Pimugnans.

Archaeological discoveries show that the Pimugnans mined soapstone, a metamorphic rock found in abundance across Catalina. This soapstone was then used for cooking implements and vessels that they brought and traded along the California coast. In fact, what is now present-day Avalon began as one of the main Pimugnan settlements!

The Pimugnans declined with the colonialization of Spanish explorers in the 1600s, and by the 1830s, most of the natives had either migrated to the mainland or died out. For a time, Catalina was used for smuggling and piracy, as the many hidden coves across the island were suitable to store treasure. In addition, Catalina Island’s small population and its strategic proximity to the mainland made it an ideal haven for these swashbucklers. 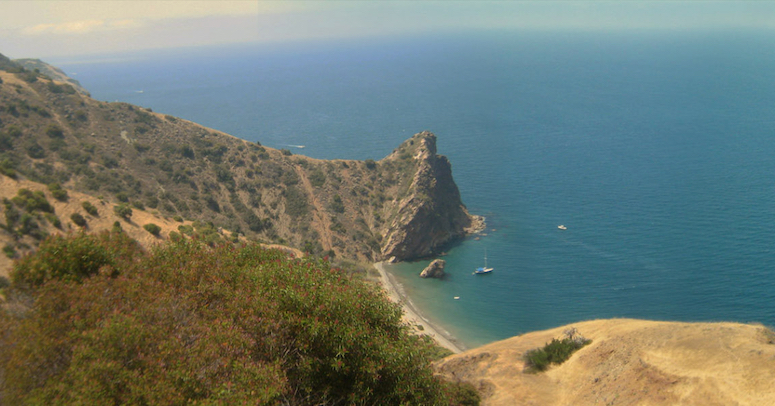 It is fitting that an island steeped in both mining and treasure-related mystery would then experience its gold rush a few decades later. In fact, it was whispers of golden treasure that sparked the flame.

The most commonly referenced early discovery of gold on the Island was made by Captain George Calvert Yount, who unearthed an outcropping of gold-bearing quartz in Cherry Valley. However, given that his primary purpose was to hunt sea-otter, he thought to return to the island and mine his discovery then. It is said that he traveled back three times in search of the lode without success.

Despite Yount’s lost opportunity, it was news of this gold discovery that sparked others to flock to the scene. In the following years, the two men that built on Yount’s claims were Samuel Prentiss and Stephen Bouchette. They had heard of buried gold treasure and spent a good part of their lives searching for it. Though it is inconclusive whether anything was found, given that the former passed away in 1854 and the latter set out to sea with his wife and was never seen again, their work brought hopeful miners to Catalina Island. 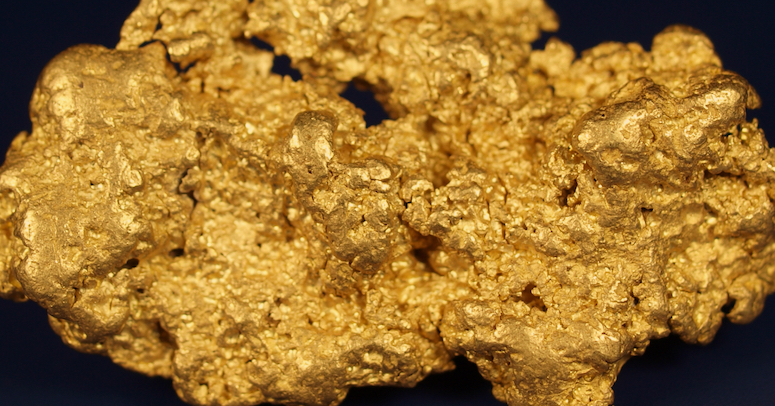 The Gold Rush to Catalina Island

The first claim was made in 1863 by Martin M. Kimberly and Daniel E. Way, on what was thought to be Yount’s lost mine. In less than a year, boom towns began to dot the hills of Catalina with over 10,000 feet of claims registered. The first discoveries were made near the Isthmus on the northwestern part of the island, while principal claims were in Cherry Valley, the Fourth of July Valley and Mineral Hill. There were also discoveries made on the eastern end of the island.

The recorder’s office in Los Angeles county had been inundated with records of lodes and veins. These were noted to run in all directions, cropping out in unexpected places, and because of this activity the San Pedro mining district was established.

Lodes were rich in gold and silver bearing rock, with assays ranging from $150 to $800 per ton. Again, Catalina’s strategic position came into play as shipping the ore was fairly cheap due to its proximity to the mainland.

U.S. Army Puts a Stop to Mining on the Island

And then, just as abruptly as the boom had begun, it was cut short with the establishment of a U.S. Army garrison on the Island in around 1865. America had been gripped by the Civil War at this point, and the federal government feared that Catalina was a strategic rendezvous point for Confederate privateers. As such, they ordered everyone off the island and took military possession of Catalina.

In fact, you can still see the military barracks building standing today as the home of the Isthmus Yacht Club.

It was this occurrence that led to the veritable mining metropolis on Catalina becoming nothing more than a barren set of hills. The last official record of a claim is dated on the 21st of February in 1865, noting 12,000 feet of gold, silver and galena-bearing lodes on Mineral Hill.

Today, Catalina Island is home to about 4,000 people (as of the 2010 census) who are generally settled in either Avalon, the only incorporated city on the island, or in the Two Harbors village.

The true mineral wealth of the island continues to remain a mystery to this day. Perhaps there were only traces of gold, or perhaps there was a wealth untold— Catalina rests in the gulf, quietly beckoning to adventurers of today to determine the truth!