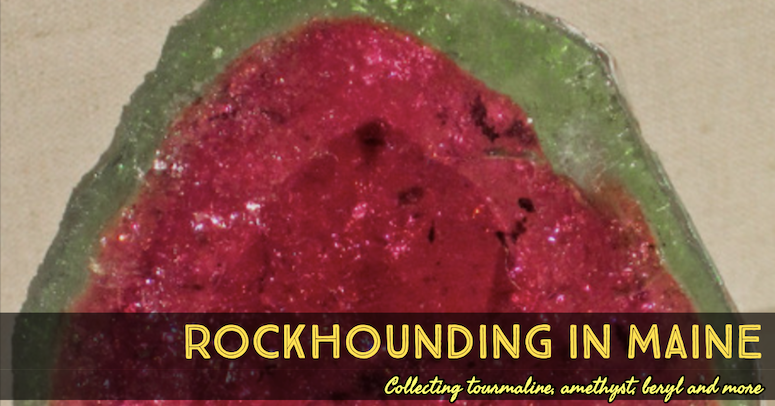 Maine is well known for its beautiful forests and rocky coastline. Jagged, low and rolling mountains with dense flora are a specialty of the region and are a center of attention for the very reasons. It is also known for maritime history and a lot of natural areas and parks where people are interested in exploring and rockhounding.

Rockhounding or amateur geology is one of the most popular outdoor activities in the United States; this activity is especially popular in Maine due to its interesting geography and geology. Collection of valuable rocks and gemstones is quite fascinating for some people, and every year, Maine welcomes an uncountable number of geologists on its lands.

Notable minerals and rocks in Maine

Gemstones and minerals are found abundantly in Maine. Some of the most important minerals and gems in Maine are tourmalines, beryl, and quartz. They are found in the form of pegmatites which are large rocks of precious and semi-precious minerals. Let’s take a look at some of the minerals and gems have caught the attention of geologists, adventurers and the general public in Maine.

Maine is famous for tourmaline and people are eager to discover it while rockhounding. This is a boron-silicate mineral found in a wide variety of colors. The crystalline structure makes it one of the most beautiful gemstones which are highly demanded all over the world. It is found in many locations around the world, but it is a very rare gem. Maine is one of the few places in the United States to produce rare gem-grade specimens.

Tourmaline is a group of minerals sharing common crystalline but entirely different chemical properties. Out of many forms of tourmaline, two are most commonly found in the rocks of Maine. They are usually found in the southwestern igneous rocks of the state and are widely known as schorl and elbaite. Schorl is rich in iron content, and its crystals give blackish shine. Elbaite has a beautiful pink luster because of lithium-rich content.

The largest tourmaline was discovered in Mount Mica in 2004. This crystal was almost ten inches in size found embedded in the pegmatites. 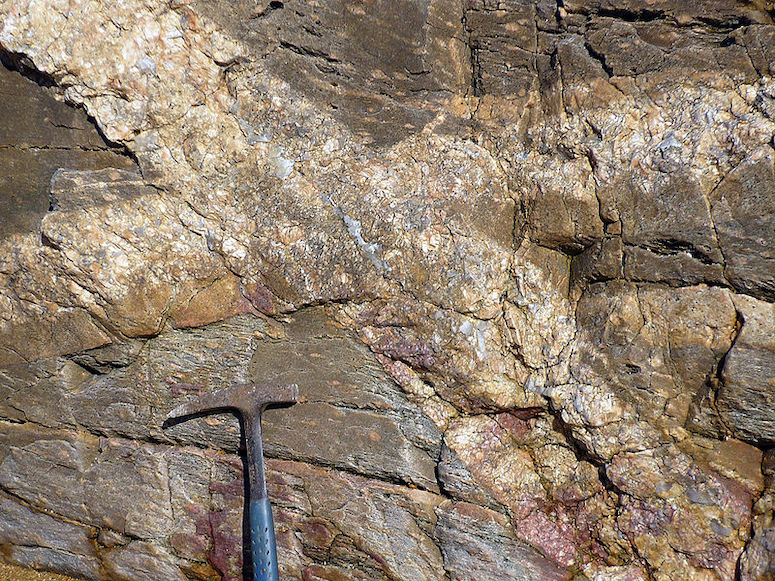 Beryl is composed of beryllium aluminum cyclosilicate with hexagonal crystals. Beryl is a gorgeous mineral and has comes in many beautiful forms with different common names depending on color. Popular forms of beryl minerals include emerald, aquamarines, gold beryl, and red beryl.

In Maine, beryl crystals are found in Pond Quarry in Albany. During a geological survey, many emeralds and aquamarine crystals were found in coarse pegmatite. These are high value minerals that are truly prized by rock collectors.

Quartz is the second most abundant mineral in the entire world after feldspar. Yet most quartz has limited crystalline structure and is of little interest to most experienced collectors in its most common form. However, you can find many varieties of quartz in Maine that are interesting and beautiful.

Other minerals in pegmatites and their locations in Maine

The southwest part of Maine has pegmatites with complex forms of crystals which can be abundantly found in Bennet Quarry Buckfield. Quartz, feldspar, and mica are the most common constituents of pegmatites in Maine.

Although much rarer, there is also beryl, almandine, elbaite, and pink tourmaline in some of these pegmatites.

Some metal sulfide minerals are also found in Maine. Sulfides of iron, copper, zinc, and lead are frequently found in the sedimentary rocks of Maine. Rockland-Thomason, Rockport, union areas in Knox County, Mount Mica are the common sites for pegmatites.

Rockhounding is the most popular activity in Maine, and that is why we find many sites suitable for rockhounding even for families and kids. We have shortlisted some of the most famous rockhounding sites in Maine.

This is only a fraction of the rockhounding sites that Maine has to offer, but it will give you a good start. Keep in mind that each location will have different regulations. Some areas are on private land and will require permission. I always encourage New England rockhounds to join a local rock club in their area. You can often get access to some great locations that way!