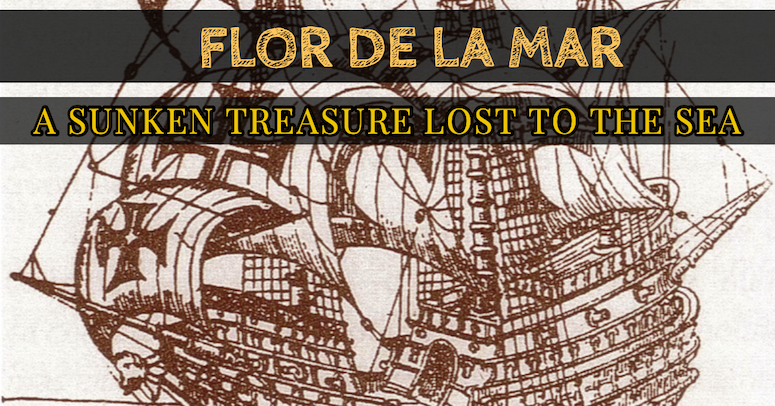 The 16th century witnessed the sinking of one of the world’s largest treasures due to a shipwreck in the Indian Ocean. Yes, we are talking about the lost treasure of Flor de la Mar which occurred on the stormy night of 20th November 1511.

Let us look into the window of the past and know what happened when this greatest treasure was vanished from the face of the earth and lied buried in the deep sea never to be found again.

Flor de la Mar, the largest Ship of the Time

Flor de la Mar means “flower of the sea.” It was a Portuguese Nau constructed around 1502 in Lisbon. It was a great carrack and considered to be the largest carrack of its time. The carrack survived for almost nine years before its final wreck along with a great treasure brought from the Sultan of Malacca in present-day Malaysia.

Flor de la Mar was reported to be twice as large as the greatest barracks of that time. Due to its immense size and shape, she was named as the flower of the sea. 118 feet long, 111 feet tall and 400 tons in mass, this nau was built for her journey to India because Portugal was very much interested in the riches of India.

India was a center of attention for Portugal, which ruled the region for almost a hundred years without sharing its riches with England, France or any other kingdom. 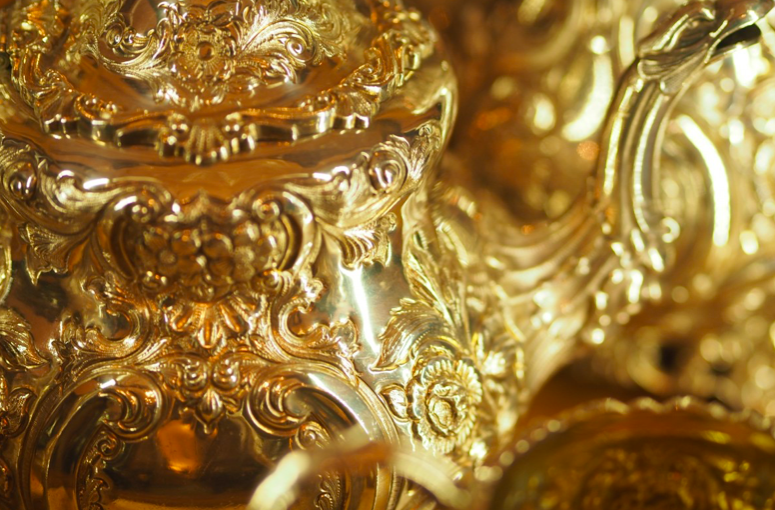 The Flor de la Mar participated in voyages and wars and saw the conquest of Malaysia, and then Goa until its final destruction. It was believed to be 400 tons carrack which was twice as size of the carracks of her time. It was initially constructed for shipping of goods and spices, but her weight caused problems.

The first captain of the ship was a cousin of Vasco da Gama, Estevao da Gama, a great navigator and explorer of the time. It was an adventurous journey and was full of mishaps and leaks in the ship in her way, but she made it back to its waters. The second voyage was set in 1505 to India again and faced the same problems mostly at the Mozambique Channel.

After that, the flower of the sea participated in historical conquests beginning from the Cunha’s conquest of Socotra, Albuquerque led the conquest of kuriyat Muscat, Khor Fakkan and Ormuz.

Also Read: One of the Largest Shipwreck Recoveries EVER!

And: SS Islander – Ship Carrying Millions in Gold Discovered off the Alaskan Coast

It was the year 1509 when in India, the Flor de la Mar was commandeered to serve as a flagship of D.Fransisco de Almeida for the battle of Diu. He wanted to take the ship back to Portugal but was stopped by Afonso de Albuquerque because of the condition of the ship. Staying back in India, flor de la Mar participated in the conquest of Goa and then Malacca.

Malacca was then considered as the commercial center of East India. After its conquest in 1511, Albuquerque decided to bring the vast treasure looted from Sultan of Malacca back to Portugal. On its way back to Portugal, the carrack faced heavy storms along with the Northeast Sumatran state of Pase. The ship was breached on many places, and numerous casualties occurred. It was such a hard storm that the ship couldn’t survive and sank into the deep sea on 20th November 1511, off Timia point in the kingdom of Aru, Sumatra.

Albuquerque was somehow saved but the treasure was lost never to be found again.

For the last 500 plus years, navigators, adventurers, and even states have been looking for the lost treasure of Flor de la Mar. The worth of the treasure has been estimated to be around three billion dollars.

According to the research document in the museum of Malaysia, one of the components of the treasure were 4 full-sized seated lions cast from pure gold. Other statues and a throne of pure gold are also believe to be among the sunken treasure as well as countless amounts of gold, silver and gemstones.

A large number of people tried to discover the lost Treasure of the ship. Several have claimed to have found it over the years, but never with any proof. Most believe that the treasure is still lost.

Recovery of the vessel will be no easy task. Even if the wreck is found there are at least 3 different countries that lay claim to the treasure.