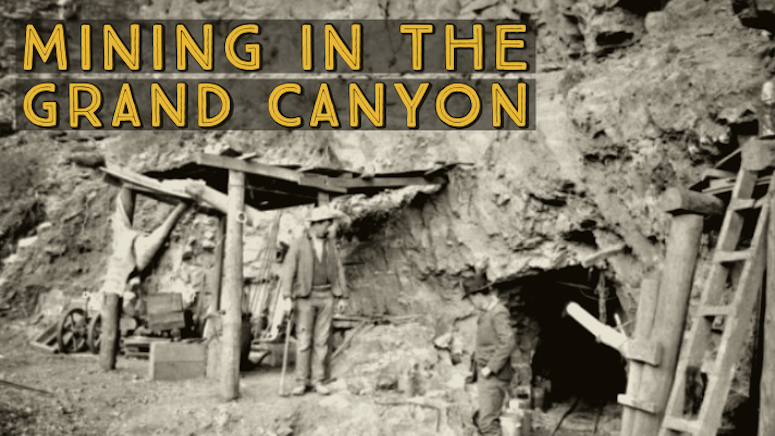 The Grand Canyon is one of the most famous canyons in the world for its magnificent beauty. Less known are the stories of various gold and riches hidden there.

At the peak of the early gold rushes in Arizona and California, this area was mainly ignored by miners. Although some minor gold deposits were found, they were not the rich mother lode that men were looking for. Decades later, it was copper, and then uranium, which brought miners to the Grand Canyon.

Gold in the Grand Canyon

Gold in the Colorado River that flows at the bottom of the Grand Canyon has been known for centuries. There has always been some small and medium-scale mining efforts along the river. The gold dust was very fine and it was difficult for a man to make paying wages from these gold concentrations.

Reading old mining reports will elude to many small endeavors to make the gold placers on the Colorado River profitable. Occasionally a hydraulic mine would be established and work for a few years. Some bucket dredging operations even took places in the lower sections of the river near Yuma. 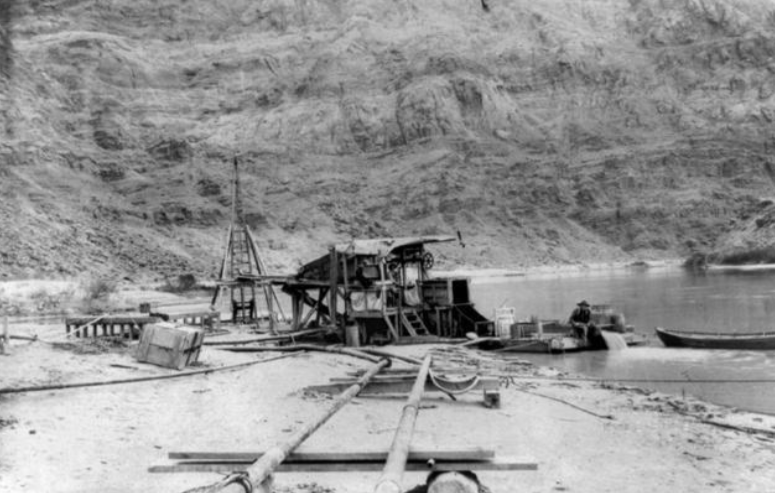 These were started with great expectations, but most ended within a few years as unprofitable endeavors.

Where did the Colorado River gold come from? It eroded from hundreds, even thousands of different sources. The Grand Canyon is millions of years old, and the Colorado flows over 1400 miles. It has cut across countless small gold veins which have eroded away and formed placer deposits in the silty river. Gold from countless smaller tributaries has added to the concentrations that are found in the river now.

Read: 6 Rivers in Arizona where you can Find Gold

It is probably no surprise that the Grand Canyon is rich in a wide array of different minerals. According to geologists there is quartz, augite, hematite, gypsum, clay, calcite, dolomite, feldspar and limestone that are abundantly found in the rocks of the canyon.

There are a lot of fossil beds to be found around the Grand Canyon, which should come as no surprise. More economically important minerals are also present in the region. There is copper, silver, and some uranium in the Grand Canyon.

Unfortunately for gold prospector and rockhounds alike, everything within the park is off-limits. This is direct from the National Park Service website: 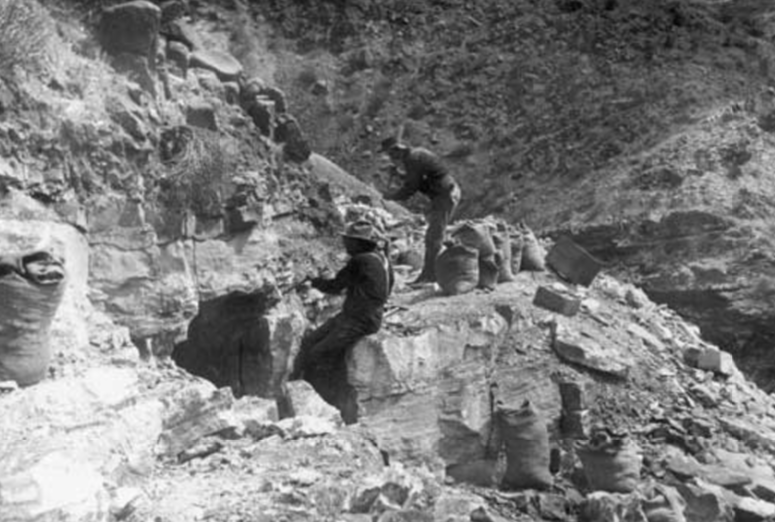 Historic Mining in the Grand Canyon

Mining in the Grand Canyon began in the early 1870s. Most of the miners were the prospectors from Colorado, California, and Idaho. They had been mining for more than decades and were quite skillful. They searched for the riches and expected gold and silver rushes. Some gold was found, but these were minor rushes, not very significant for the time.

Copper were found in abundance and a small group of men who mined here were successful. The Grandview Mine is probably the best-known mine in the canyon. It operated from 1892 to 1901. The mine has been abandoned for over a century now, but mine tailings and a small stone house are still present. The site now lies within Grand Canyon National Park.

With the passage of time mining in the Grand Canyon became rare. The miners and their families managed to find profits through tourism rather than mining.

Over time, mining in the canyon became nearly impossible because of disputes and lawsuits between the miners and the government. Both lost and won some cases, but it led to a serious decline in mining here to the point that it is now prohibited in most of the Grand Canyon. 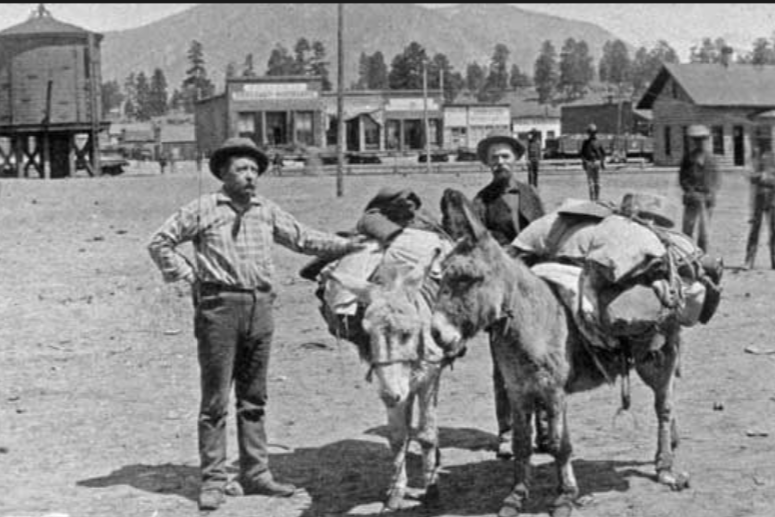 Uranium is a radioactive element. It exists in many isotopes, most of which are unstable. It is utilized in military and nuclear weaponry and thus has some demand even today.

Some local tribes are most enthusiastic about the campaign. So far, a 20-year ban has been imposed on mining which started in 2012.

Mining Restrictions in the Grand Canyon

It is uranium that caused some of the recent turmoil at the Grand Canyon regarding mining in recent years. Most consider the tourist dollar to far outweigh the potential for mining in the areas around the canyon. But there is still some discussion of reopening large sections of land to uranium mining near the Grand Canyon.

For gold prospectors, there are fairly limited options for mining in this area. Even though there are gold deposits in the Grand Canyon, there is no mining of any kind allowed within the National Park. Since the known gold deposits hide amongst the silt and gravel in the river, there isn’t any place that you can go panning.

In fact, the Colorado River in general is mostly off-limits to prospecting these days. Unfortunately, much of the river system has some sort of special designation that prevents even small-scale mining. Other large portions have been turned into reservoirs such as Lake Mead and Lake Powell. This has also the richest deposits deep under water.

4 Ways You Can Find Gold in the Desert