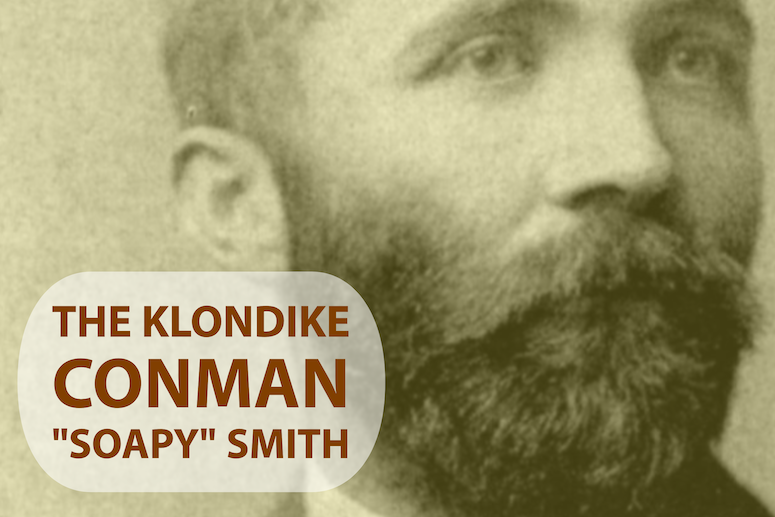 Jefferson Randolph, who was frequently known as “Soapy Smith,” was born on November 1860 into the family of educated and wealthy people. He was born in Georgia to an attorney, and his grandfather was a senator at that time.

Hard luck struck the Smith family, and they lost their wealth to ruins at the end of the American Civil War. Life didn’t stay kind for some time for Jefferson, and he had to leave his new house shortly after the death of his mother in the late 70s of the 19th century.

He then organized a gang of con artists and swindlers and began the era of one of the finest “confidence men” of that time. His “career” brought him all across America, but mostly of his time was spent in the western states. He also ran gambling halls, saloons, auction houses, and cigar stores. He hung around many of the early goldfields throughout the West and is one of the true “characters” of the early West.

Jefferson’s got his infamous start in Denver. He opened this shop in a small street market where he played the shell game from a suitcase. This con was famously known as “prize soap racket.” He would sell the soap bars wrapped in paper, putting dollar bills inside of some of the wrappers, indicating that a lucky person could pick the right bar and might win lots of money.

He would have some shills in the crowd who pretended to win the amount and showed it to the crowd making it look real. This was his most infamous con, and for the same reason, he was given the name “Soapy Smith.”

He opened the Tivoli club in Denver through his growing power and influence as he was able to successfully make a gang in Denver in a short period of time. Tivoli club was opened in 1888.

After some time, he sold Tivoli and decided to move to Creede, Colorado where he managed to organize another gang of shills for his cons and other nefarious activities. Creede was a mining boomtown at that time. There were many silver strikes in the area at the end of the 19th century.

It was the time when he acquired lands from the owners and other properties and riches through his cons and gang. He then announced another empire and the “Orleans club” was formed.

Read: Gold on Display at the Denver Museum of Nature & Science 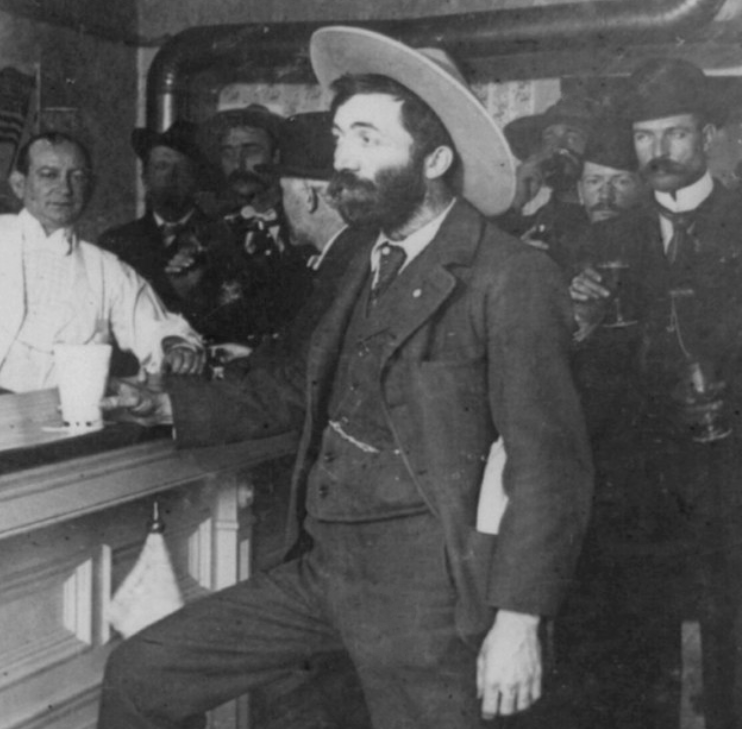 The late 19th century saw one of the largest gold rushes in North America. Between 1896 and 1899, they say over one hundred thousand prospectors rushed to the Klondike to try their luck and find a fortune. These men came to make their fortunes at what would become the last great gold rush on Earth.

Could there be a better place for a con man like Soapy? Thousands of newcomers in town with dreams of striking it rich.

Jefferson Smith began to con these prospectors in the most suitable ways. He was able to build an empire in Skagway just as he did in Colorado. He put the city collector and people from law and order on his payroll and became the boss of the gang.

One of the most famous cons he played during the Klondike gold rush was a telegraph office, which was fake. He used this telegraph office for the new prospectors who used to send their messages to families and business partners. The Soapy Gang would steal valuable information that men were sending to their families. The telegraph office had the wires which never even left or entered Skagway!

Soapy made quite a career from swindling the hard working miners, but eventually his luck ran out. Over the years he made his share of enemies and in the Summer of 1898 he met his match.

A Klondike miner named John Stewart was carrying over $2,600 in placer gold (when gold was priced at $20.67 an ounce). He was convinced by Soapy and his gang to play a game of 3-card monte. He played and lost about $87. The men argued over payment and whether he could cover the loss. Stewart didn’t have cash, but he did have gold dust. When he opened up his poke to show that he could cover his losses, one of the gang members snatched the poke of gold and ran off.

Stewart complained to whoever would listen, but the lawmen in town, including the U.S. Marshall had been paid off by ol’ Soapy. Despite a growing uproar in town, no one was taking action to recover the stolen gold. The next day, a vigilante group was formed.

This led to the “Shootout at Juneau Warf.” An argument and eventual gunfight ensued and several men lost their lives including Soapy Smith. He got shot several times and was finished off with a bullet to his heart.