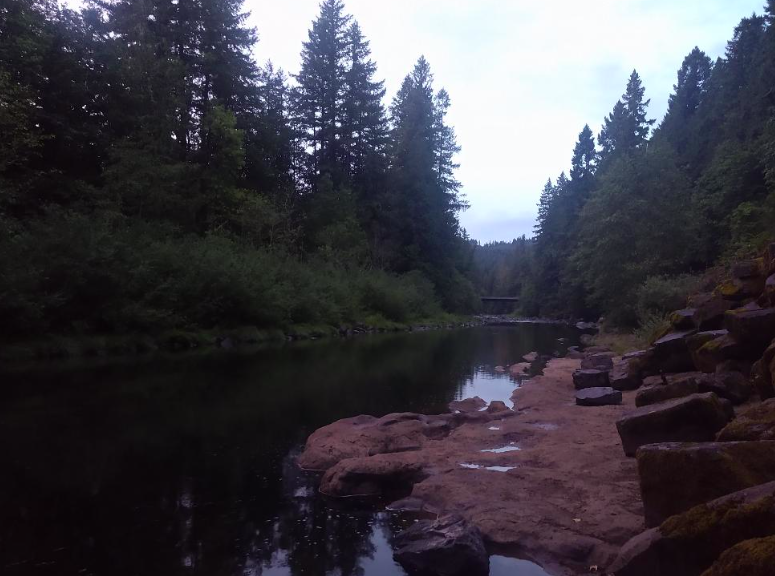 This is a pretty little river that drains from the western flanks of the Cascade Mountains in northwest Oregon. The entire drainage is within Clackamas County, from its headwaters up near Bagby Hot Springs to where it drains into the Willamette River near Wilsonville.

The Molalla River is one of the better areas for prospectors in the Portland area. In general, the Willamette Valley does not offer a very many good options to find gold. Lots of the rivers won’t produce much if any gold. Most of the gold on the “wet side” of Oregon is found further south, starting at Grants Pass and on down to the California border.

This isn’t the richest river you are ever going to find, but it is a good option if you live around Portland or Salem and you are looking for somewhere close that you can do some gold panning. There is decent access on the river in several locations and there is definitely some “color” if you dig in the right spots.

Ogle Creek & the Ogle Mine

The gold found in the Molalla River is a bit of an anomaly. If you study the history of mining in Oregon and were to look at a map of Oregon, you will see that there are two primary regions were gold has been mined; The Blue Mountains in Eastern Oregon, and the Rogue River and its tributaries, also the Umpqua River and various creeks in Southwest Oregon. There are a few exceptions, but nearly all of the gold in Oregon has come from these general areas.

This makes the gold deposits found in the Molalla somewhat unusual. If you pan the surrounding rivers and creeks in the northern Cascade Mountains you will likely come up empty. So where did the gold come from?

The lone source of the placer gold is likely from the Ogle Mine, located near the Marion/Clackamas county line. The mine itself is on Ogle Mountain, about 2 miles from the Molalla River. Decent gold was found in Ogle Creek way back in 1862 following an earlier discovery of gold on the Molalla River in 1860.

The Ogle Mountain Mining Company operated for about a decade in the early 20th century. The mine itself was never all that profitable, but the lode gold eroding from its hard rock source provided the small placers that we can now find in the river. 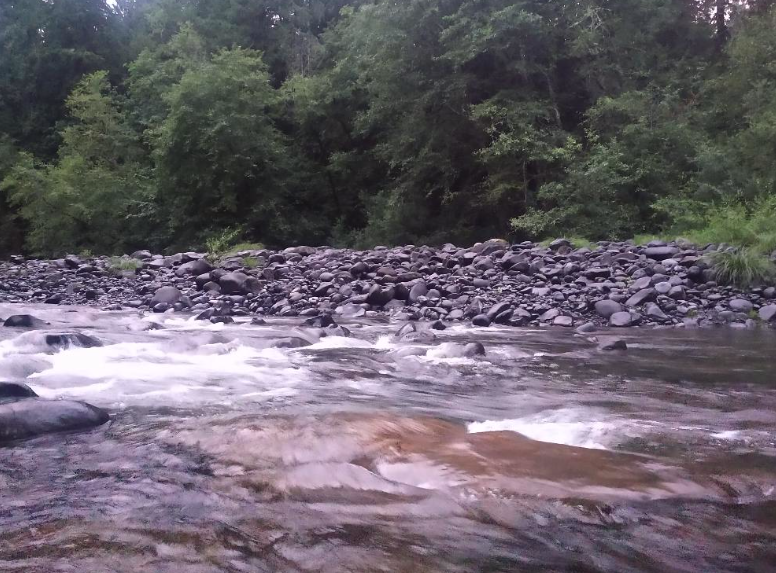 If I haven’t made it clear enough, you should know that that gold here is limited. If you are new to prospecting on the Molalla River you should spend some time with your gold pan sampling lots of different areas. Many pans will come up empty. Even a rich pan is only going to have a few specks of gold in most cases. Gold is almost always small bits.
No nuggets here.

The ancient basalt flows create a beautiful backdrop for a day of prospecting. They also create nice cracks and pockets to capture gold. Take some extra time to clean out cracks in bedrock. Avoid the loose material near the surface, as it is likely to be barren. There is a lot of good looking exposed bedrock on the river, so move around and try different areas that look good. Obviously you will have better access during the summer months when water levels have dropped. 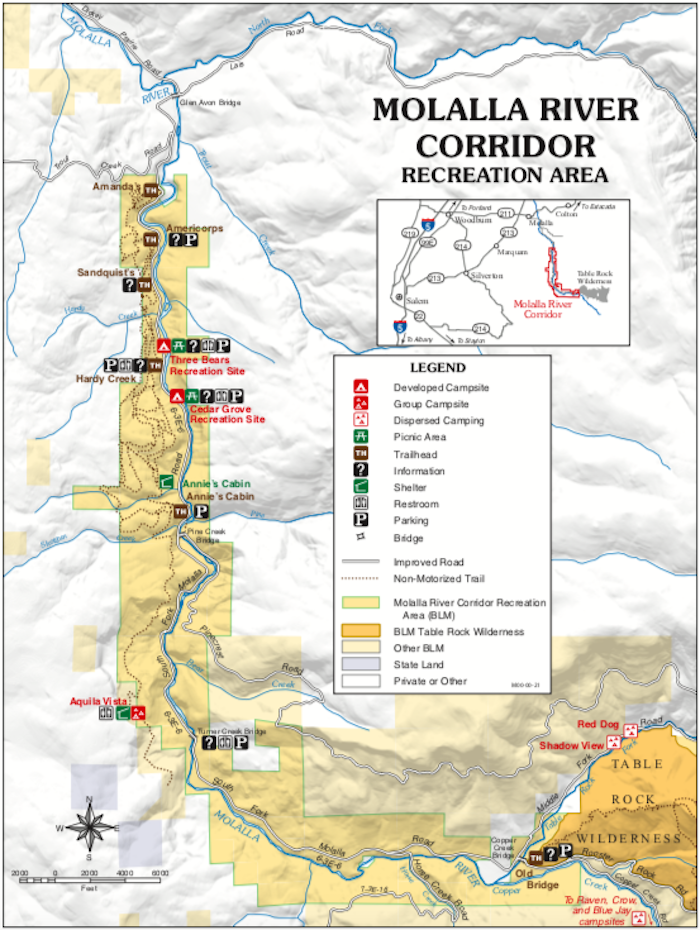 There is good access on several miles of the Molalla River due to a section of land called the Molalla River Recreation Corridor. This area is managed by the Bureau of Land Management and provide public access to the area. There is an extensive trail system and several campground along the river.

15 Places to Dig for Fossils in Oregon

7 Rivers in Oregon that are Full of Gold!