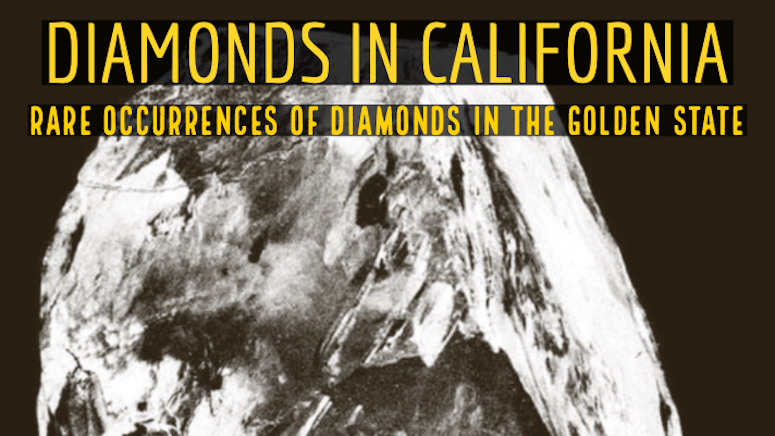 There are a few locations in California where diamonds have been found. However, the overall occurrence of these gemstones is quite rare, and there are no true diamond mines active in California. Most of the documented finds have been made by gold miners.

The diamonds are not in hard rock. Rather, they are found as a component of river gravels (both modern and ancient) that are recovered by placer mining.

I will say this upfront… don’t get wild ambitions about going out and striking it rich finding diamonds in California. Yes they are here, but their rarity has never been enough to make searching for them an economical venture. You are more likely to have success looking for gold or one of the more abundant gemstones known to occur throughout the state.

That isn’t to say that you can’t go out and search! Let’s take a quick look at some of the history regarding the diamond discoveries in California, where they have been found, and the likely places that you might be able to find one today.

In the report Minerals of California, the author estimates that roughly 500 individual diamonds have been found in the state. Considering the amount of gold mining and other activities that have been going on for the past century it should be noted just how few diamonds that actually is.

Nearly all of these diamonds came from hydraulic gold mines in the foothills of the Sierra Nevada’s. There were thousands of these mines throughout the state. They used high pressure jets of water to break apart ancient river channel.. In the process of gold mining they would also recover diamonds in their sluice boxes.

So considering the extensive amount of hydraulic mining and immeasurable quantity of dirt that was processed, 500 diamonds isn’t very many! Although it is quite likely that a good majority of them were ignored or missed by the early miners it wouldn’t be out of line to think that there have been more found, perhaps a few thousands that were simply tossed aside by miners who didn’t know what they had found.

From the various mineral reports we are able to piece together a bit about the historic locations where diamonds occur. By far, the most documented source of diamonds in California come from Cherokee Flat in Butte County. This is a historic gold mining areas that was extensively mined during the first decade following the California Gold Rush. It was one of the biggest mining sites in California at one time. The remains of the old hydraulic operations can still be seen today. It is located just west of Lake Oroville in Butte Valley.

Most of the diamonds were small and insignificant, but at least one diamond found in 1853 weight 2.25 carats. Again, many of them would have been missed simply because the miners were focused on recovering gold and not diamonds. It is entirely likely that most of them were “tossed” as the miners continued their digging.

The Cherokee Mine has quite the unusual history. After the diamond discoveries, the mineral rights were bought out by miners in South Africa who wanted to control the diamond market. Much about the diamonds here still remains a mystery. No one is actively mining for them. The quality of the diamonds is also a bit of a mystery. Early miners described them as nice blue gemstones that appeared to be of very high quality. Others more skilled in evaluating gems described them as more “industrial grade” stones that didn’t have any particular value. There’s still some mystery regarding the quality of these stones. 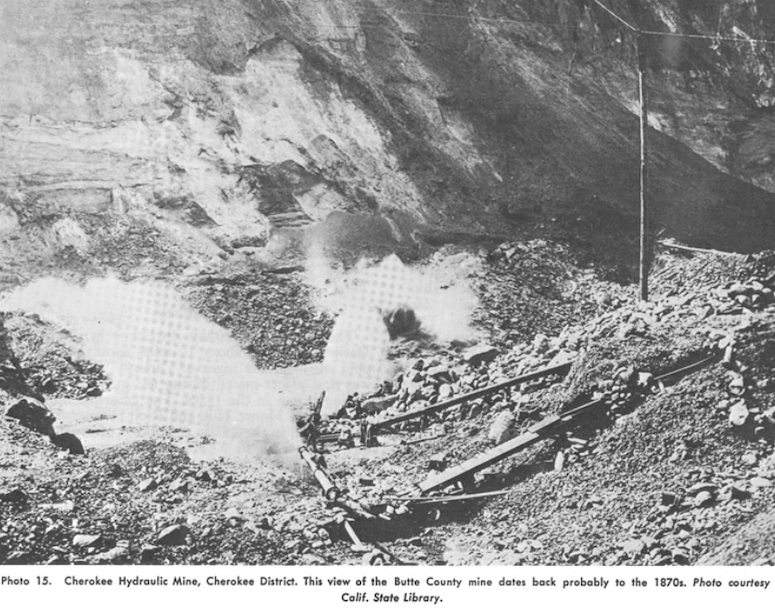 The hydraulic monitors at the Cherokee Mine moved immense amounts of ancient river gravels. Miners recovered millions of dollars in gold from these placers. Surprisingly, early miners started finding small clear stones that were identified as natural diamonds. This ended up being the largest diamond deposit in all of California.

The diamonds at the Cherokee Mine are definitely the richest occurrence in the state, but there have been many others on a small scale. Here are a few places where at least a few diamonds have been recovered:

Diamonds are exceptionally rare, and even if you go out specifically looking for them you aren’t likely to find one. There have just been so few recovered over the past 150 years, actually going out and locating one here is going to be exceedingly difficult.

California does have an abundance of other gems and minerals. Here are a few more links that may be of interest:

The Fascinating History of Bodie, California

Mining in Death Valley and the Rich California Desert