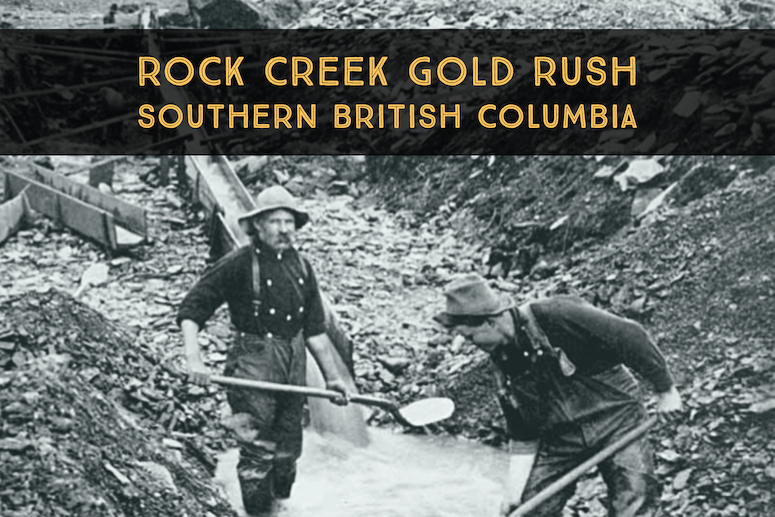 While the Fraser Gold Rush saw American miners arrive at the River in droves, a small gold rush was happening near the boundary between Canada and the United States. This area is known as Boundary Country, located to the east of southern Okanagan Valley and to the west of the West Kootenay.

In 1858, two American soldiers were tasked with a mission and sent to Seattle. To avoid conflict with the Native Americans at the time, they passed north instead of going straight from Fort Colville to their destination. The official boundary between America and Canada was not officially or clearly defined in these early years. As a result of their detour, the two soldiers inadvertently touched off what is now known as the Rock Creek Gold Rush.

The Rock Creek Gold Rush takes its name from Adam Beame, the prospector whom the pair of American soldiers met on the way to Fraser. The soldiers had tried their hand at panning in what they called the York Creek at Soldier’s Crossing and discovered coarse gold. Their meeting must have been favorable, as the two even went so far as to draw up a map for Beame.

He set off for the area and in 1859 was panning as much as an ounce of gold a day! Beame changed the name to Soldiers Bar and the creek to Rock Creek, given that its banks were quite rocky. In 1860, records note that almost a thousand dollars’ worth of gold had been recovered by this single prospector in just a few weeks. This was enough to drum up some serious excitement.

The richness of the area was of course an impossible secret to keep, what with mining interest already heightened at nearby Fraser strikes. This attracted the attention of hundreds of miners, which heightened even further when the Victoria Colonist published that diggings worth $100 a day were being unearthed at Rock Creek. At its peak, Rock Creek saw roughly 5,000 prospectors at one time.

The best ground on Rock Creek was quickly claimed up, but additional placer were worked on the Kettle River. Gold placers extend all along the river and into Washington State as well.

As with any area that experiences a sudden swelling in population, friction between the miners grew. Several issues caused disputes. Many wanted to claim the gold strike for America due to its close proximity and due to the fact that British Columbia was only one year old at the time.

At the same time, tensions grew between the white miners and Chinese miners. Violence erupted and started what would become known as the Rock Creek War.

These disputes attracted the attention of British Columbia’s Governor Douglas. When he first arrived, all the miners refused to speak with him. He then announced that he would set up shop at a nearby saloon to listen to their complaints. Lo and behold, in the same day there were around 300 miners packed tightly into his makeshift office.

After promising to look into their concerns, Douglas announced that all miners would be treated fairly, but established that they must respect British authority. Eventually all issues were sorted out, claim fees were paid and the miners continued to mine on Rock Creek.

Douglas contracted the development of the Dewdney Trail after his visit, recognizing the importance of having good communication channels between the Coast and the Interior. This trail was also one of the reasons Rock Creek survived as a town despite the dwindling mineral output by 1861, as travelers along Dewdney provided lucrative business for the community. 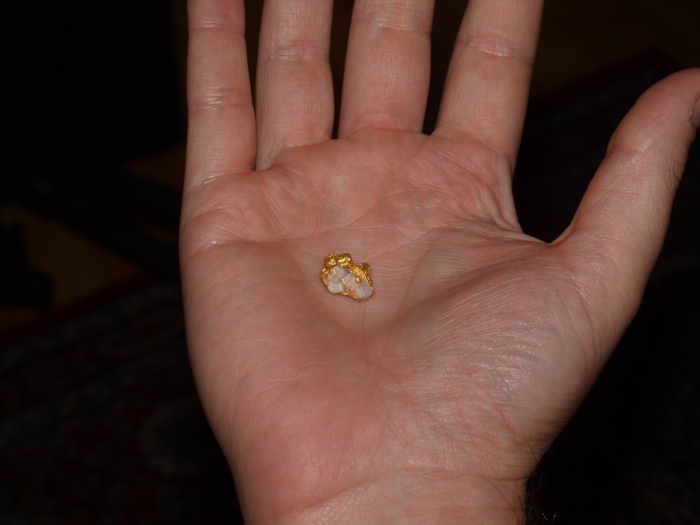 The Rock Creek Gold Rush followed a trend like so many before it. While the lower section of Rock Creek and parts of Kettle River were exceptionally rich, the placer deposits were not particularly widespread. Within a couple of years most of the best paying gravels were mined out.

Most miners moved on within the first year. At this time in history, there were numerous gold strikes were being made all throughout the West. Most new arrivals to Rock Creek soon realized that the best days were over and they moved on to more significant gold strikes in Montana and Idaho.