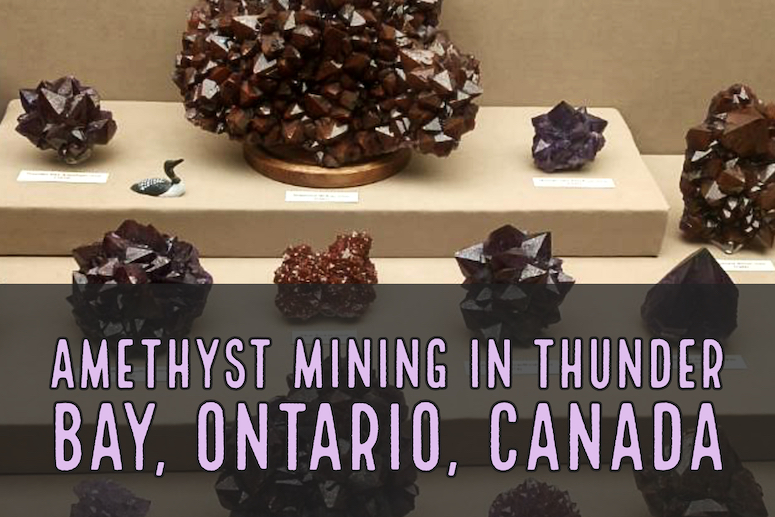 Thunder Bay is located on the northern shore of Lake Superior in Ontario province. It is world-famous for the production of high-quality ancient amethyst crystals. The amethyst mined here is famous for its variety that ranges in colors such as colorless, smock, lilac red and different shades of purple. The luster range widely depending on where the crystals were mined within the Thunder Bay area.

The amethyst deposits are found in the Osler group of rocks that were formed during the Precambrian period. The amethyst crystals are found in cavities and vugs that range in sizes. A majority of the crystals mined here have well-formed pyramidal faces an indicator of basic crystal morphology. The prism faced crystals are quite rare.

History of Amethyst in Thunder Bay

The history of mining of Amethyst in Thunder Bay can be traced to the discovery of silver in the district in the 1860s. Once the silver mines began operating the miners found a large number of high-quality amethyst in their mines.

In the beginning they did not know what to do with the crystals, but by the 1880s there was a thriving export business for the amethyst found in the silver mines. Mostly these amethysts were used to make jewelry and as exotic building materials in Europe. These stones were a byproduct of the precious metal mining, but their aesthetic beauty still held value to collectors.

The business of amethyst mining slowly died in the early 20th century for a couple of reasons. Since most of the amethysts exported were by-products of silver mining as silver mines closed so did amethyst mining. Furthermore, high-grade amethyst began to be sourced from Brazil, lowering the price for the crystals and making it uneconomical for commercial mining of the Thunder Bay amethyst.

Once all the silver mines in the Thunder Bay were closed down, the mining of amethyst was simply closed until the 1950s when a renewed interest in them was regained by mineral collectors. But it was not until 1967 when Rudy Hartviksen discovered a rich amethyst crystal vent at Loon Lake that the modern era of amethyst began in the area. 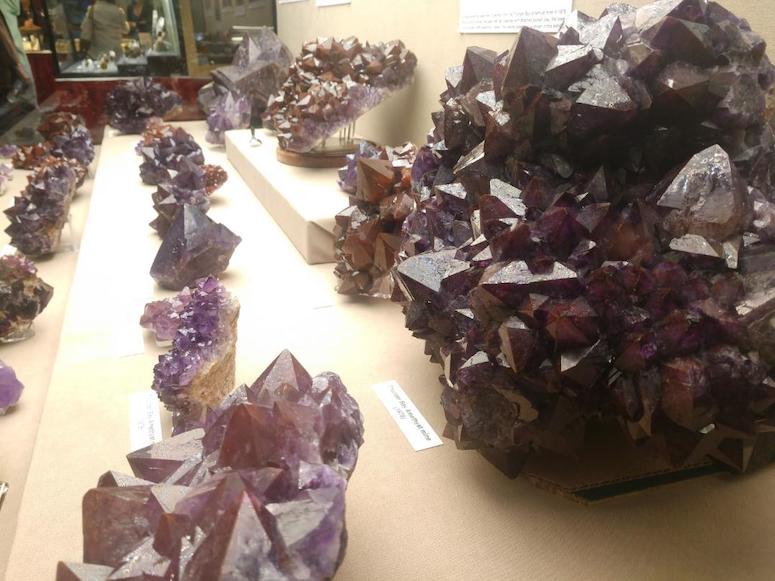 Today the Thunder Bay amethyst is world-famous for their beauty. To supply the growing market for them, today there are several active amethyst mines in the bay area. Some of the most important mines where you can get amethyst in the area are:

The Diamond Willow Mine

This is one of the most famous amethyst mines in Thunder Bay. The mine is located in the McTavish Township on a claim block on the north side of Pearl Lake. The mine was established in the late 1970s by Gunnard Noyes who named it after the Diamond willow trees that grew in the area.

For the past four decades, the mine has been producing some of the best quality amethyst mined in the Thunder Bay.

This is the largest amethyst mine in Canada. It produces more than 40% of high-quality usable amethysts produced in the country. It is also a great tourist attraction that let in thousands of visitors each year to try their hands at mining amethyst.

The Amethyst Mine Panorama was established in 1948 when a team of engineers from the Ontario Department of Lands & Forest accidentally discovered a rich amethyst vent in the area while building the Loon Lake access road. The mine then changes hands a few times in the 1950s as amethyst mining was still not an attractive economic endeavor in the region.

In 1981 the mine was sold and the name was changed to the Amethyst Mine Panorama. They invested heavily in improving the mining process and opened an amethyst gift center in Thunder Bay to allow buyers all-year-round access to amethysts. The mine also established a public area where tourists can visit and mine their own amethyst. Today the mine produces about 40% of all the amethysts produced in the country.

The Blue Point Amethyst Mine

The Blue Point Amethyst mine is another well know mine in the Thunder Bay. For the past several decades this mine has been noted for producing some of the most colorful amethysts in Thunder Bay. It is also quite popular with tourists who come to explore the mine and dig their own amethyst right from the source.

In this active mine, you can collect rare and strikingly beautiful violet quartz, hematite quartz, barite quartz, and some colorless ones. There is also a guided tour which you can use to learn more about the history of the mine and amethyst mining in Thunder Bay. 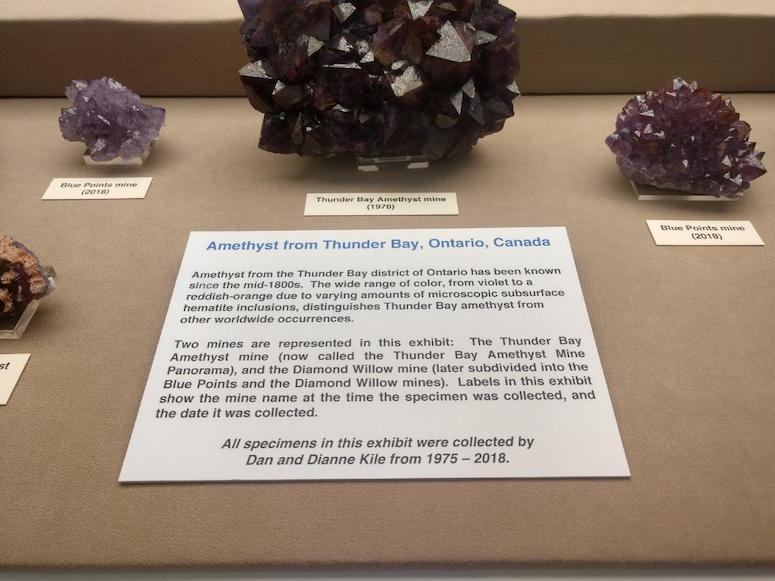 The pictures in this article were taken at the Denver Gem & Mineral Show in 2019.