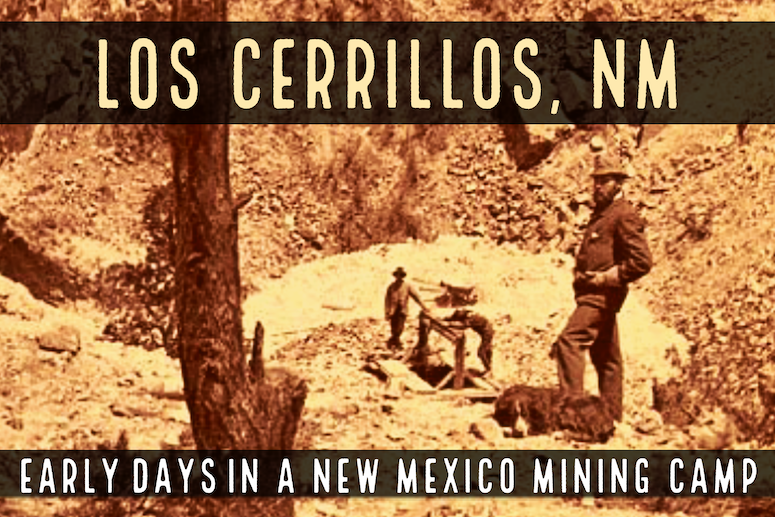 Los Cerrillos has made its mark on American history many times over. Many of us know Los Cerrillos for its ties to late nineteenth century mining and the lure of its mineral-rich lodes.

The area has a notable timeline reaching back 1,500 years, beginning with Early Aboriginal history. Archeologists have collected turquoise artifacts, centuries old, from the surrounding areas and have been able to trace the precious stones’ origins to Chalchihuitl.

The Mining Boom of Los Cerrillos

Though mining had long been going on, for prospectors prior to 1879, mining for gold near Los Cerrillos was nothing but a fight with the land – a hardscrabble life, you could say. But in 1879, well that’s when things changed.

Placer gold had already been discovered by Mexican citizens in the early 1900s, yet it wasn’t until Frank Dimick and Robert Hart rediscovered the mines in Los Cerrillos that the mining boom got into the swing of things. Lead, zinc ore, silver and gold were found to be aplenty in the area.

These two Coloradans were the first to file a claim on the Bonanza Lode, a lode just northwest of Chalchihuitl, on January 15, 1879.

Prior to the claim on Bonanza Lode, Cerrillos as a village did not exist. It was officially established that year, though at first it was nothing more than a tent camp. Other mining camps in the Cerrillos Hills such as Bonanza and Carbonateville, both of which were silver camps, flourished nearby.

By March, the Cerrillos Mining District was established. It took very little time for upwards of a 1,000 claims to be made; the mining boom had arrived in Los Cerrillos. 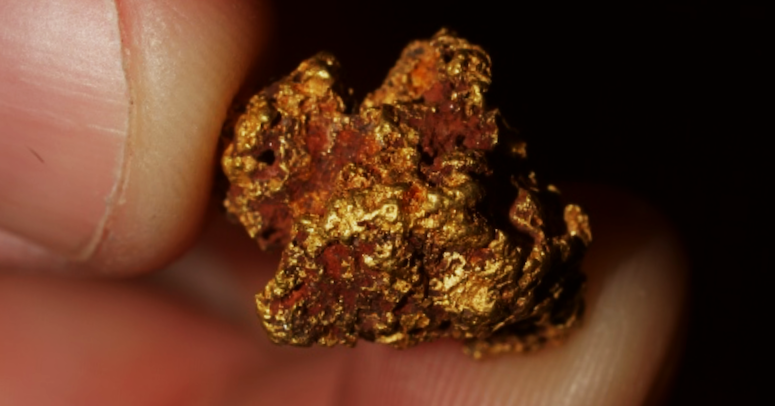 The Bonanza mining camp, named for the Spanish word for “prosperity” and “rich ore pocket,” was once packed with around 2,000 hopeful miners. Today, no village or camp remains.

Springing into existence in 1878, Carbonateville predated its Cerrillos mining camp neighbor. The community was quickly engulfed with controversy as the president of the Merchants and Miners Bank of Carbonateville, Anthony Blum, was found to be embezzling funds. Though the community recovered, today only piles of crumpled buildings from the past mark where Carbonateville once stood.

Tiffany & Co., a popular jewelry company headquartered in New York, found Los Cerrillos of interest too, though not for its gold or silver.

In 1889, Tiffany & Co.’s gemologist presented one of his collections containing New Mexican turquoise at an exhibition in Paris. The pieces of turquoise, having a shade of Tiffany Blue, were lauded as “gem quality.”

The demand for fine American turquoise grew after this, and Tiffany & Co. purchased vast amounts of it from the American Turquoise Company, who owned several turquoise mines near Cerrillos. It turns out that Cerrillos turquoise would be the turquoise that started it all for Tiffany’s.

The Success of Cerrillos Mining Camp

The placement of the Cerrillos mining camp was ideal in that its location allowed it to act as a hub for all the other mines in the Los Cerrillos area.

To the south, Placer and the Ortiz Mountains drew miners in with the promise of gold, and to the north, lead and silver could be found in the Cerrillos Hills. Nearby, Madrid was a burgeoning destination for coal miners.

The Village of Cerrillos stood out from other mining settlements because of its railroad connection, established in 1880. It connected Cerrillos to the less isolated locales of New Mexico, and to the outside world.

The beginning of the twentieth century saw the Cerrillos Hills worked thoroughly for turquoise. Renowned for its turquoise mines, Mount Chalchihuitl would become known as Turquoise Hill.

Turquoise, lead, zinc ore, silver and gold: it seemed that the village of Cerrillos had something for everybody.

The Village of Los Cerrillos Today

The village of Cerrillos is now a very popular tourist destination popular for family day trips. Current population estimates cite the entire area of Los Cerrillos as having just over 400 residents, but it is situated between Albuquerque and Santa Fe so it sees lots of visitors.

Though the turquoise mines have been thoroughly mined out, finding gold is still possible. Prospectors have been successful in finding gold in the original placer mines, in particular in the area just south of the village of Cerrillos. There are still many active mining claims in the area.