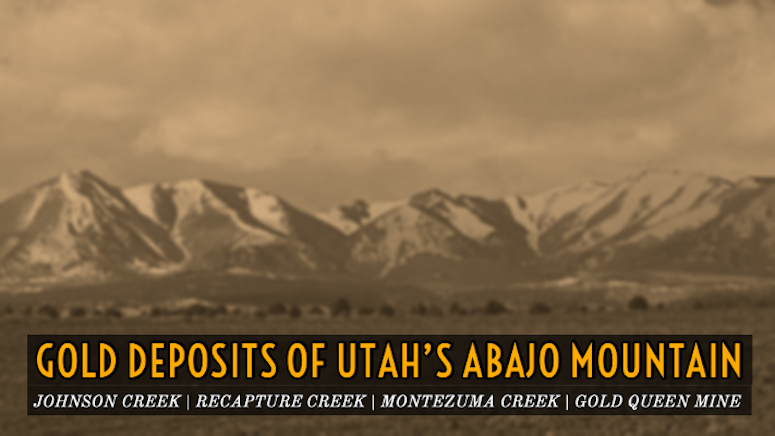 The Abajo Mountains was the source of one some scattered gold occurrences in Southern Utah. Placers were worked on several drainages on the southern flanks draining off the mountain. Some small lode mines were also worked for a short time.

There is very little information about the early mining that occurred here. I have read stories about the early Spanish explorers finding gold in the area, and even a treasure tale that several gold bars were buried somewhere in Recapture Creek Canyon. From my research, most of this is hearsay and doesn’t have much evidence to back it up.

We do know that gold was likely mined here during a time when settlers to the area were first working the placers of the San Juan River. Placer deposits were noted at the mouth of Recapture Creek and were worked upstream toward the headwaters. There was likely some historic mining done in the late 1800s and again during the Great Depression.

One report indicates 51 troy ounces of gold was recovered from Recapture Creek from a sluicing operation back in 1933. Since then only small-scale prospecting has occurred to our knowledge.

The mouth of Montezuma Creek was another site that got a lot of attention for a very short time. Although the gravels appeared to be quite rich in gold, the extra-fine texture made profitable recovery all but impossible back in 1892 when over 1000 prospectors descended on the area. They left almost as quickly as they came. 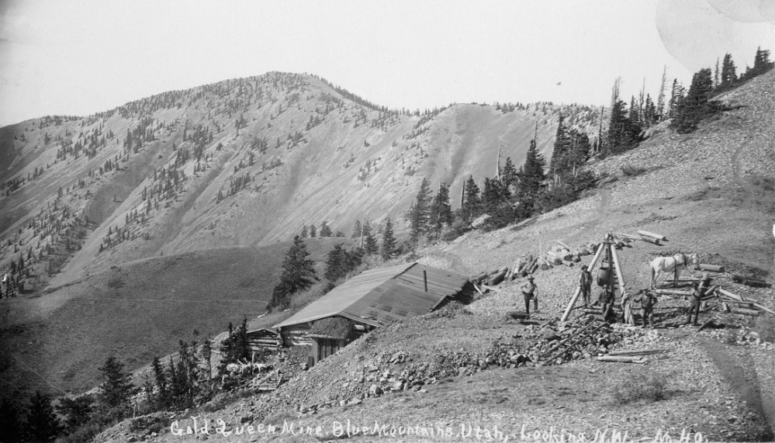 The source of the placers that are found in both Johnson Creek and Recapture Creek are likely derived from the same source high in the Abajo Mountains. At an elevation over 10,800 feet was the location of the Gold Queen Mine. This was a gold/silver producer near the summit of Abajo Mountain.

There are no production records for the mine. Shafts only extend about 400 feet so it is likely that overall output was fairly small. Other small mines and prospects in the vicinity were established to explore the mineralized zone.

For prospectors may do well exploring the surrounding gulches south of Abajo Peak and Jackson Ridge. A study of aerial photos in this area indicate quite a bit of interesting mineralization and potential historic “diggin’s” that are worthy of further investigation on the ground.

Next: Mormon Gold – The Lost Rhodes Mine in Utah