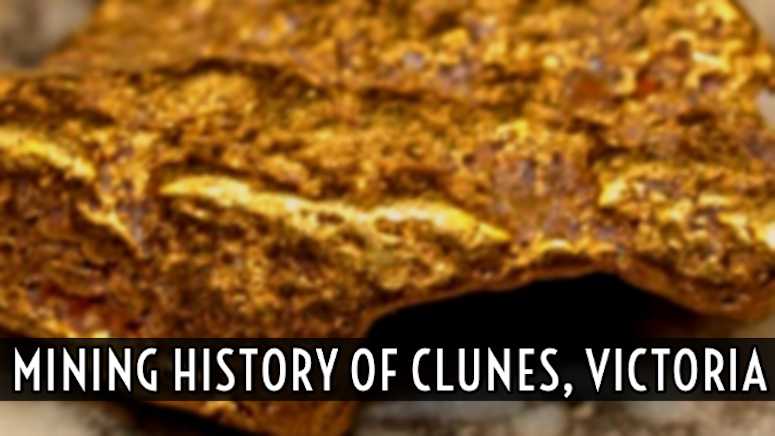 In terms of events that change the destiny of a country, one event stands out. Australia owes its existence to the discovery of gold. And the rich strike in Victoria was as significant as any rush on Earth.

At the end of 1841, the entire population of Australia was a little over 220,000. At the end of the decade, the commonwealth only witnessed a moderate increase in population to around 437,000. Gold Mining changed the whole landscape.

Located in a steep valley, Clunes is not too far from Ballarat. The whole area is picturesque, with the mountains dotted with extinct volcanoes surrounding the town. So, perhaps it’s no surprise that fortune seekers found gold deposits and other base metals here.

This corner of Victoria had its first European settler in 1839. It was a young man named Donald Cameron, who was only 21-years-old. He settled, named, and used the land as a pastoral run; as grazing areas for his 50 cattle and 15,000 sheep. The young man named the settlement after his birthplace in Scotland; he called it Clunes. The name is a Gaelic word that translates to ‘A pleasant place’ in English.

The inhabitants of Clunes are proud of their rich history. People and authorities take a special interest in preserving and maintaining the 19th Century architecture. Visitors to the town can feast their eyes on the bluestone and brick buildings.

The wide and elegant Fraser Street, with its old architecture storefronts, evokes a feeling of awe and surprise. The location has also been the setting for many movies, including Ned Kelly and Mad Max.

The Dja Dja Wurrung people, an aboriginal tribe in Australia, occupied much of Victoria in the early 19th Century. Due to the tribe’s friendly attitude, the settlers referred to the local inhabitants as the ‘Yes People’.

The Start of the Gold Rush in Victoria, Australia?

In the 1840s, there was talk in Clunes and surrounding areas of gold being found, but the locals suppressed the news. In 1849, a man named Chapman visited a Melbourne Jeweler with a sample of gold. Soon it became common knowledge that the quartz reefs at the Cameron Station and areas around the Port Philip Settlement have gold deposits.

These areas were part of the New South Wales at that time. Later, when Victoria became a separate colony, a bunch of businessmen announced a reward of $420 for anyone finding gold. The local businessmen aimed to attract more people into the new colony to increase its population.

In 1850, the town of Clunes was the first place in Victoria where gold was discovered. In March that year, Hon. William Campbell found the precious metal in Clunes. To avoid a gold rush, which was quite common during the time, the local authorities decided to conceal the discovery.

Quite a few people, locally and otherwise, knew the existence of gold deposits in the region. James Esmond, who had been to California Mother Lode for the same purpose, visited Clunes in July 1851. He collected a few samples from the valley and reported his findings at Geelong.

The news he shared created a buzz and within days the Geelong Advertiser reported the discovery to the wider public. Two days later, the Melbourne Daily News reported a similar gold discovery in Warrandyte (Anderson’s Creek). These two announcements led to the gold rush in Victoria, Australia and the influx of thousands of men into the region. 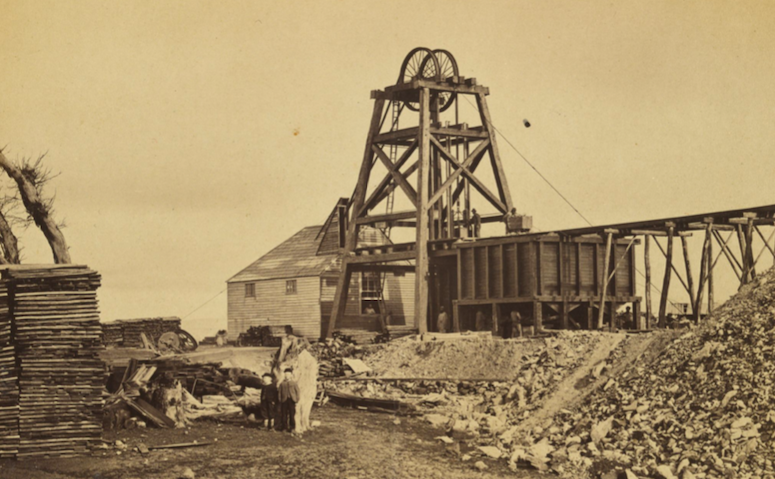 Gold mining in its true sense started only in 1857 at Clunes. By then, everyone knew of the huge potential for gold mining in the reefs. Mr. Rivett Henry Bland showed interest, which led to a formal proposal from the Port Phillip Company.

In February 1857, the owners of the reefs and the company agreed on gold exploration and excavation. The lease gave the company the right to mine gold on the allotted lands for 21 years. As part of the lease, the owners received 10% of the gold extracted on their land.

The gold mining deal proved very profitable to the landowners. During the first 24 years, the owners alone received $270,000 as royalty, from mining 160 acres, initially, and then an additional extent of 50 acres.

Gold mining fueled the local economy. Within a short period, the gold mines employed a large number of people. The workers earned good money, which led to general prosperity and also an increase in the local population due to the arrival of new settlers. The local population crossed 1000 with 470 dwellings, and in 1866, there were more than 3500 residents, 850 homes, and as many as 7 active quartz mines.

Next: Finding Gold Nuggets in the Adelaide Hills