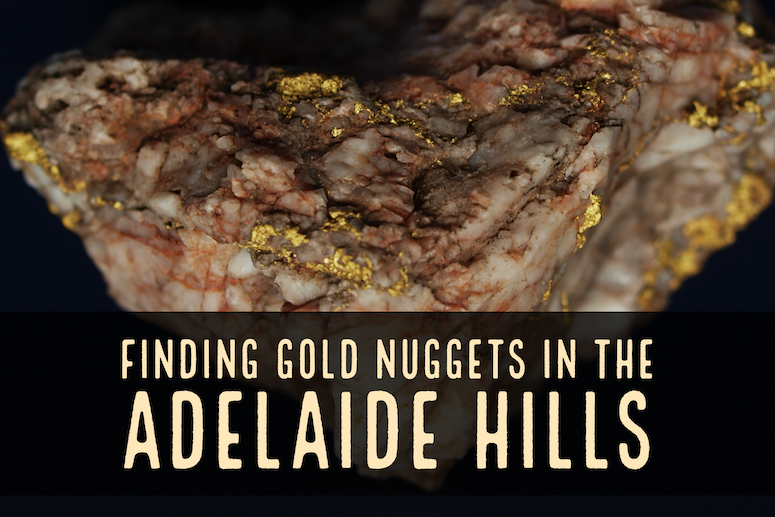 In the mid-19th Century, rumors of gold discovery originated from several states of the commonwealth. But, the first documented gold finding took place in South Australia. In 1846, prospector J. Richards found gold near Castambul, the area later became the Victoria Mine.

Soon after, reports of gold discoveries emerged from all throughout South Australia. Miners found the yellow metal near the Kanmantoo Trough, in the place that became the Kitticoola Mine. In the next few years, Onkaparinga and Torrens Rivers became the go-to area to find alluvial gold.

Then at the South Para River in Barossa Valley, a farmer found a small portion of quartz gold. These findings didn’t create much excitement or trigger a gold rush. That’s because the news of large deposits of gold in other states of the commonwealth eclipsed the discoveries in South Australia.

Discovery of Gold in the Adelaide Hills

The news of finding minerals and precious metals in the hills and mountains of South Australia arrived at the right time. The news blew the dark clouds that surrounded the South Australian community. The colony’s economy was in shambles and it was staring at bankruptcy. Thousands of workers were looking for jobs, but very few were available.

The majority of the population was jobless, poor, hungry, and emotionally drained. Many left South Australia and moved to other states like Victoria and New South Wales to try their luck at gold prospecting. Large-scale migration led to a sudden drop in numbers in an already sparsely populated state of the commonwealth.

To stem the exodus the government announced a generous reward for gold finds. Apart from the 1000-pound reward, the authorities also cut down the prospecting fee to 10 shillings. The announcement was a major step in kindling a gold rush, similar to the ones already happening in Victoria and other parts of Australia.

The discovery of gold and change in government policy in South Australia infused energy and hope into the workers. They put disappointments away and utilized every ounce of strength to find gold. 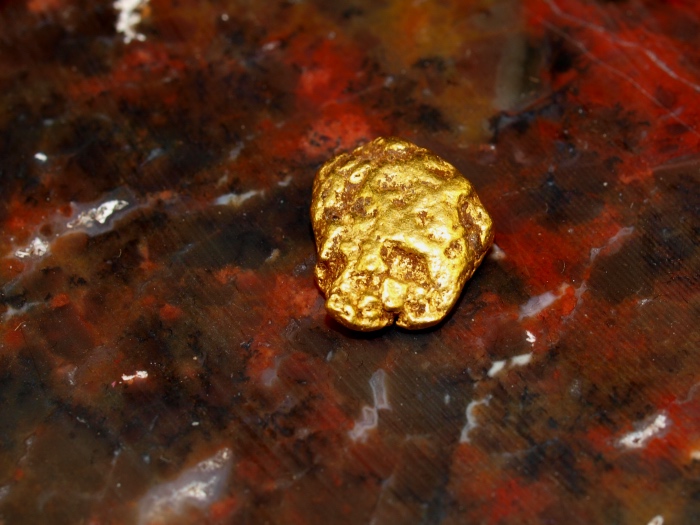 Although there was talk of gold deposits as early as 1846, the real gold rush began only in 1852. Near Echunga, gold prospectors found precious metal in the alluvial deposits in Donkey Gully and Chapman’s Gully. In the first few years alone, the two mines yielded close to 3100 kg of the yellow metal.

Fortune seekers found gold in alluvial soil and reefs at the Palmer Goldfields in the mineral-rich axial zone of Kanmantoo Trough. The Kanmantoo Trough later became a major focus for copper mining in later years. That said; around 169 kg of gold emerged as a byproduct while mining for copper from 1969-76.

Many areas around Echunga became famous hunting grounds for gold prospectors and miners. Their efforts didn’t go in vain; they found gold deposits in Golden Point, Surface Point, White Gully, and Fosters Gully – all within the Long Gully areas, which is just south of Echunga. Although many areas in South Australia produced gold in the second half of the 19th Century, the Echunga Goldfields became the most profitable operation with an output of 6000 kg of precious metal.

At Spite Gully, Job Harris and fellow prospectors found gold in alluvial deposits, and in 1868, full-scale mining commenced in the Barossa Goldfields.

As years rolled by, gold prospectors found new areas with sizable deposits. In 1869, many flocked to Lady Alice Mine (in Para Wirra Goldfield) and Victoria Hill (near Barossa Mine). In the same year, the unearthing of gold at Black Snake Mine and Hynes Reef Diggings led to the opening of the Birdwood Goldfield.

In the 1870s, prospectors found alluvial gold in several places such as Bismark Diggings, Devil’s Gully, Mary’s Gully, and Humbug Scrub. Within the end of the year, as many as 170 mines appeared in and around Adelaide Hills, at places such as Birdwood Township (Torrens River), Mount Pleasant, and Mount Torrens.

In 1871, James Scott found the yellow metal at Deloraine which is a few kilometers northeast of Adelaide. With a total production of 850 kg the Deloraine Mine was a major discovery in Adelaide Hills.

In 1877, on the west side of the Onkaparinga River, J. Biggs discovered gold, which led to more excitement. Throughout the 1880s and 90s, more discoveries of the yellow metal followed in places like Thunder, Blood, Dead Horse, Speck, Sailors, and Watts Gullies.

In South Australia, gold production had three major sources: alluvial gold deposits, reefs or lodes, and as a byproduct during the extraction of base metals. Despite several gold discoveries, South Australia contributed the least to the total production of the yellow metal.

In the first decade of the 20th Century, news of small gold deposits came from Tanami and the Northern Territory. South Australia hasn’t given up on gold yet. The state is huge, and gold prospectors and miners are yet to fully explore the vast countryside.

Of course mining is just a shadow of what it once was. Rather than thousands of individual miners scouring the hills in search of gold, most of the gold production in South Australia is now done by a relatively small number of commercial mines.

There are places where the small-scale prospector can go out and dig for gold. Two excellent locations are a quick 30-minute drive southeast of Adelaide. The Jupiter Creek Gold Diggings and Chapel Hill have both been set aside as an area that is open to prospecting.

Metal detecting is very popular because this area is known to produce nice gold nuggets. It does take some effort to find gold here because the area has been hunted hard over the years, but there is still some left. Be aware that this is a historic mining area so there may be open adits and other hazards to keep in mind. And while it is open for prospectors it is also an area used by all people.