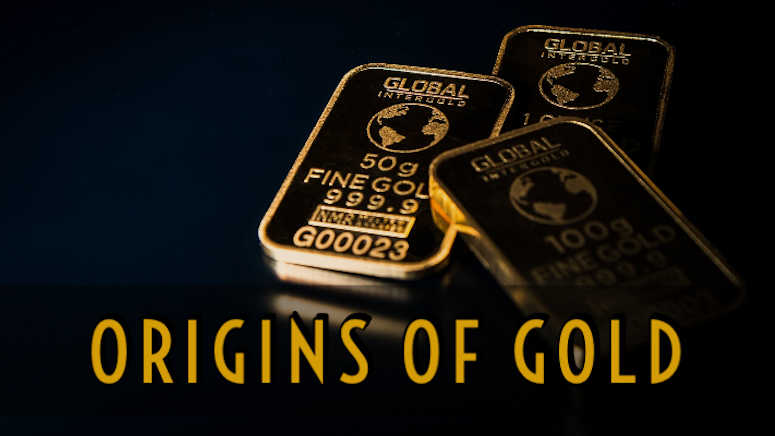 From emperors to poor peasants, since the Copper Age to modern times, people have coveted gold. The Egyptians called it ‘the breath of God’ and for the Aztecs, the yellow metal was ‘the sweat of the sun’.

Until the early 19th century, gold and silver were used as currency. This was followed by paper currency backed by the gold standard. It was only recently that we moved from the gold standard to the fiat system.

Gold’s versatile physical properties are only matched by its many uses and applications. Gold as jewelry and as a global store of value is known to all. But interestingly, it has applications in traditional medicine, electronics, food, and several other fields.

The Extraterrestrial Origin of Gold

The precious metal gold has an unearthly origin. It’s true. The gold extracted for thousands of years and the hidden stash were brought to our planet by asteroids. So, from where did the gold deposits come from? There are many theories on how gold is formed. But there is unanimity in the belief that gold is formed in the stars.

Not just gold, many heavy metals had their birth in stars, through nuclear fusion. After Big Bang that brought the universe to the existence, for several million years, only two elements – hydrogen and helium – existed.

Inside the blazing stars, the two lighter elements combined by nuclear fusion to form slightly heavier elements. The process of combining two elements to create a heavier element continued. The bombardment of these elements also resulted in the release of a huge amount of energy.

The continuing chemical reaction inside the massive stars led to the formation of supernova, which is formed at the end stage of the life of a star. When a star reaches the stage of a supernova, it outshines all the other stars in the galaxy for a short period before the explosion. The supernova is also the main source of heavy elements like gold. The explosion disperses gold and other elements throughout the universe.

An alternative theory states the collision of two neutron stars, formed after the collapse of massive stars, produces intense energy waves enough to create gold and other heavy metals.

How Did Gold Reach Earth?

Huge quantities of heavy elements including gold reached earth riding piggyback on meteorites. The space rubble that survived the journey landed on earth some 200 million years after the planet came into existence.

In the early stages, the time when the earth was still hostile to support any life form, heavy metals such as iron sank to the earth’s core and took along with it others like gold and platinum. So, there is believed to be much more gold in the core than in the earth’s crust. It’s believed, if we extract all the gold at the core and lay it over the surface, we would have a layer covering the earth that’s about four-meter thick.

The Different Types of Gold Deposits

How does the gold buried deep into the earth, after the bombardment of meteorites, make its way into mountain rocks, rivers, and streams? Here is how natural gold deposits are formed.

Very broadly speaking, miners can find gold in two types of deposits. An in-depth evaluation of gold deposition can be separated into dozens of different types, but for simplicity sake we will mention the two general types that are commercially mined. 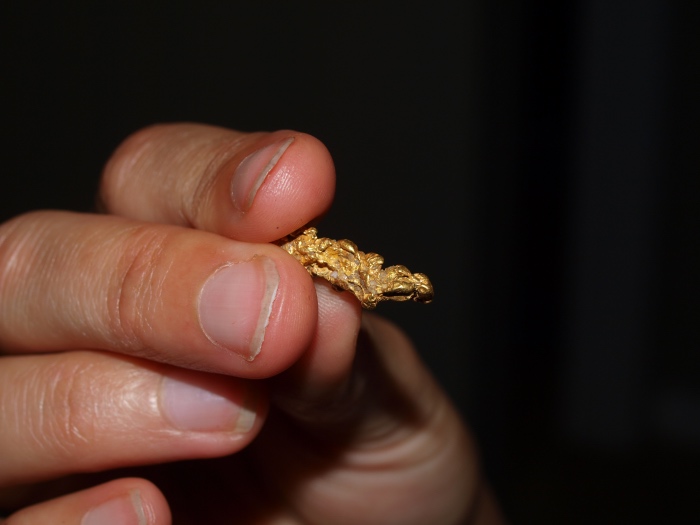 Will Man’s Obsession With Gold Ever End?

For thousands of years, humans have fought, killed, conquered, and died for gold. The obsession shows no signs of ebbing anytime soon. Economic depressions only adds to the desire for more gold. When times are uncertain, people desire gold more than ever.

According to a study, all the gold mined so far is enough to fill up around 60-70 shipping containers; the experts estimate the gold recovered from land to weigh around 152,000 metric tons. While this might seem impressive, it is actually a relatively small amount considering the number of men who have worked tirelessly to extract it over the thousands of years.

Next: Conquistador’s Gold | The Plundering of the Americas