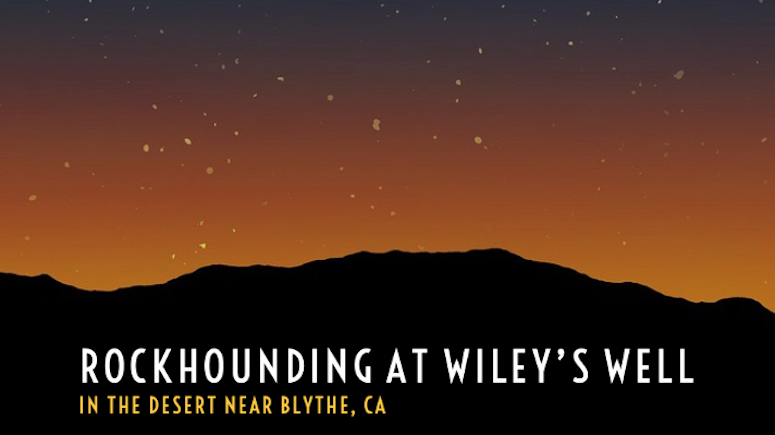 Driving some 25 miles to the southwest from Blythe in California, you hit upon the Wiley Wells – one of the best semi-precious gem fields in the state. The area is populated with ironwood, mesquite, smoke, and palo verde trees.

There are quite a few rockhounding sites that could be reached with a 4-wheeler. Regular visitors vouch that the place is never empty of rockhounds. This is a popular rockhounding site. At any given time, at least a dozen parties can be sighted. Yet there is still good material here to collect.

Also popularly known as the stone of ‘Eternal Youth’ the fire agate is available aplenty at Coon Hollow. The place is just a 3-mile drive from Wiley’s Well. There are several digging sites in the locality.

Keep an eye out for knobs of chalcedony. The beautiful chalcedony gemstones with rainbow colors attracted attention from the time there were discovered in Wiley’s Well some 70 years ago.

The fire agate gemstones were formed by volcanic activity that happened millions of years ago. The semi-precious stones are formed when hot water saturated with iron oxide and silica fills the cracks in the rocks and hardens over millions of years.

Rough gemstones extracted from Coon Hollow and polished yields some of the most spectacular fire agates you’ll ever see.

Fire agate gems are not just beautiful, they are rare, only found in a handful of locations in the whole world. Some of the best specimens can be found in Coon Hollow.

Rockhounding enthusiasts should look for quartz that’s deep orange or chocolate in color. They make the most beautiful gems with phenomenal iridescent colors. Fire agates are much sought after by mineral collectors, lapidaries, and jewelry designers.

The majority of chalcedony is clear-to-milky formations with layers of colors that range from yellow to brown. Sometimes you can also find chalcedony geodes, where the hollow stones have a thin layer of quartz crystals lining the walls. At certain places in Coon Hollow, chalcedony takes the shape of stalactites.

Rough chalcedony can be spotted on the hillsides and seen floating in the streams. They are chalcedony that has eroded from the rocks. Fire Agate is the most profitable material at Coon Hollow. To find the origin of chalcedony, follow the floating mineral up the slope. Digging there gives you the best shot at finding fire agate.

Many rockhounds hunt for geodes here. Wiley’s Well and the surrounding areas are famous for geodes. Digging for gemstones and minerals is common in these places, and is going on for decades. Even after so many decades, there are still untouched deposits; new digging sites are opened every year.

The whole Wiley’s Well District is peppered with holes; many of which still hold a considerable amount of geodes. Rockhounding enthusiasts need not dig new ones; cleaning the existing holes will yield geodes. Digging new holes or clearing the existing ones is easy, as geodes are found under volcanic ash which is powdery.

Although geodes found at Hauser Beds rarely produce fire agate (only 15% chance of finding), rockhounding enthusiasts are advised against sawing or using a hammer on the material. The inner walls of geodes found in this region are lined with beautiful crystals. Using a hammer will only smash the rock into pieces and damage the specimen. Experts recommend using a chisel to chip at two to three points to get two even halves of the geode rock. 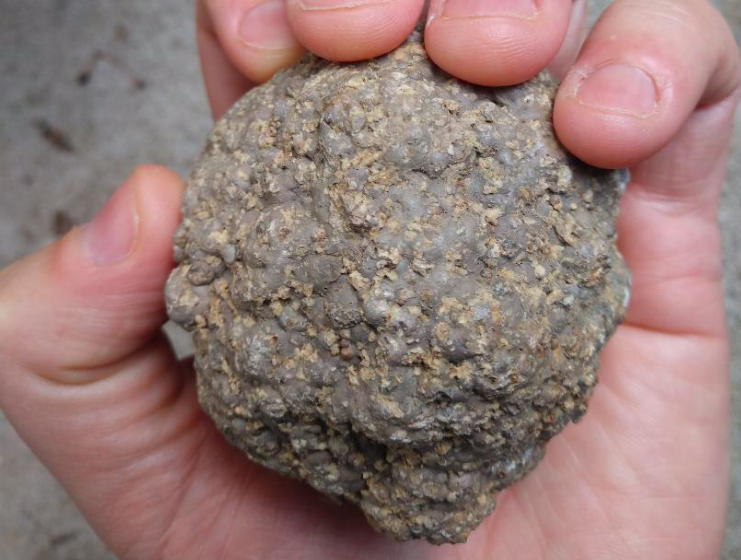 For long, the Potato Patch area was neglected by most rockhounding enthusiasts. Perhaps the neglect was because of the tough terrain that made digging a herculean task. Some even contend that Potato Patch is not blessed with liberal amounts of geode rocks as other areas in Wiley’s Well District.

That said; the geode rocks found at Potato Patch contain the much-valued amethyst quartz crystals. Some of the most prized amethyst geodes in the country come from Potato Patch. Most of the geode rocks in this area are found among the volcanic ash, which is nearly two feet thick. Plus, the ash layer is covered with a thick sheet of lava. Although lava makes it difficult to extract the geode, many have previously done it with simple tools such as heavy hammer and pry bar.

And: Gear that All Mineral Collectors Should Have

New areas for digging opened up between Coon Hollow and Potato Patch. The most prominent of digging sites is called Twin Buttes. Digging isn’t easy, but during the initial days, plenty of nodules (as long as 6 inches) with moss agate were found here.

The area also yields float agates of various colors. The white-to-yellow ones aren’t valuable. Specimens that are irregular in shape and darker in color are excellent quality agates.

For further information on the Wiley Wells District and other Southern California rockhounding and gold prospecting guides:

Rockhounding in the Wiley Wells District: A GPS User’s Guide