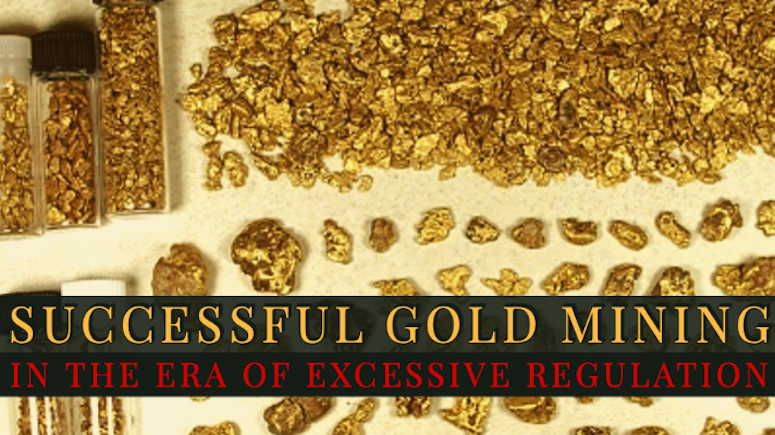 There is no way to sugar coat it… gold mining is not what it use to be.

In decades past, a miner could drop a gold dredge into a gold-bearing river and mine to his hearts-content.

Or perhaps run a backhoe and trommel.

A few months of hard work in the summer could result in some spectacular gold recovery. Dare I say it, a man could actually use the natural bounty of the Earth to generate revenue and provide for his family.

My goodness, how things have changed over the past decade or two…

Regulations have all but Destroyed the Small-Scale Miner

Most of the state agencies seem to be working in the direction of making gold mining a “hobby” activity. But pretty much since the beginning of time, mining was a JOB. Men didn’t travel around the world to find gold just because they thought it was pretty. The were extracting wealth out of the ground and trying to make a living.

Finding paying quantities of gold was certainly easier during the Gold Rush. Placer deposits were completely untouched, and as a result a man could easily find ounces per day in the right location. This could often be done with the simplest of tools like gold pans and sluice boxes.

But the thing that made mining truly viable during the Gold Rushes was the use of large-scale mining techniques. You could divert water, build small reservoirs, hydraulic mine, bucket dredge, use explosives and do just about anything else that you wanted if it would help you extract the gold.

Most of these tactics are now illegal, or they are so heavily regulated that it’s next to impossible for the average person to do it today.

Now I’m not necessarily saying I wish this stuff was allowed today. There were serious environmental impacts to a lot of these old methods. However, we have taken such a drastic 180 degree turn in the past century that it’s now very, very difficult of the average prospector to find a decent quantity of gold.

Suction dredging is the prime example of what has become so heavily regulated just in the past few years. For many decades, the suction dredge was the single most efficient way to mine a placer deposit. Their design allowed a miner to don a wetsuit and suck gravel right from the bottom of the river. The material would run through a sluice box floating at the surface, and the gravel would kick out the back and be returned to the waterway.

No material is removed (except gold and small amounts of “heavies”) and nothing is added. The environmental impact is extremely small. And “damage” caused by dredging a hole down to bedrock is absolutely trivial when compared to the amount of gravel that naturally moves every year during spring flooding. 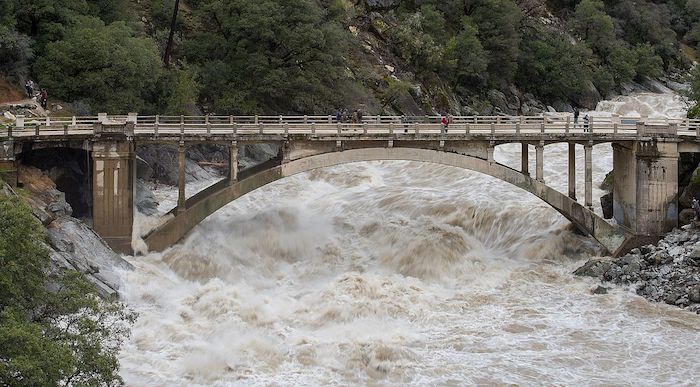 The state that you are operating in will probably have the single biggest impact on the type of equipment that you can use and the regulatory hurdles that you will have to deal with. There is a world of difference between trying to mine in Alaska as there is mining in California today.

The states vary a great deal, but unfortunately there have been major shifts in anti-mining efforts in just the past few years. California has been a problem for decades, but now even states like Idaho, Oregon and Washington are passing new rules and restrictions that make it hard for a person to get out and dig. Many waters are particularly challenging because of the presence of endangered salmon and steelhead, which are used as a reason to add excessive restrictions.

I won’t go over the rules of each state because, quite frankly, they are almost certain to be different (and worse) in a very short time. Some states like Alaska, Colorado and Nevada are still relatively “miner friendly.”

The trend is to move to smaller-and-smaller equipment. It seems if the environmentalists had it their way, the only way we would be allowed to mine for gold is using our bare hands mucking around in the dirt like a child. Yes, the dreaded “hands and pans” areas seem to be expanding more and more all the time. There are lots of great areas where you aren’t even allowed to use a SPOON to dig out a crack in the bedrock. Ridiculous. 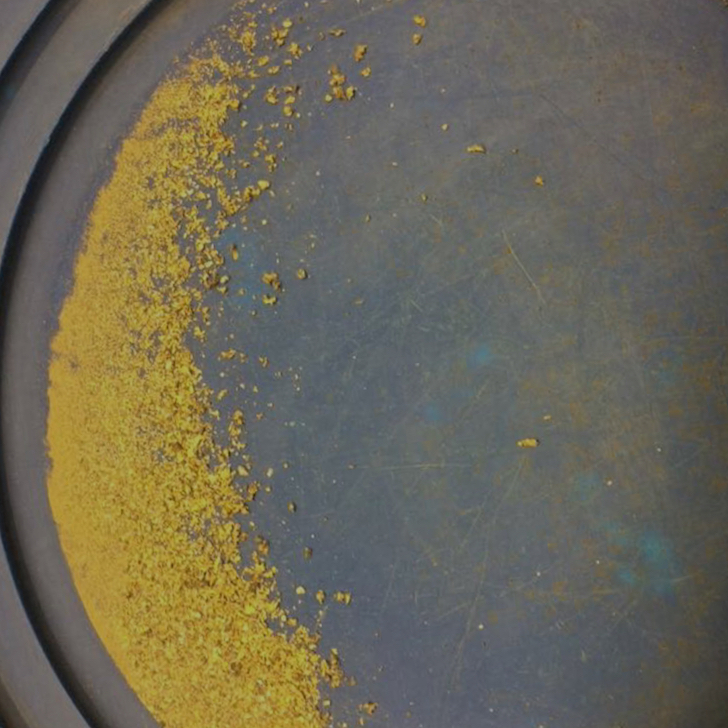 How to Process Material Legally

Most folks are what I would call “casual” prospectors. They aren’t doing it for the money and quite frankly they probably won’t ever make more than they spend. The gas they burn to drive up in the mountains usually costs more than any gold they recover.

If you want to find paying quantities of gold, usually it means that you need to process lots of gravel. Even at a good location, using small equipment like a gold pan or a small sluice box is not going to result in more than a gram or two of gold on a good day. You’ve got to move some dirt if you want to get more gold!

And here is the challenge. Moving lots of material usually means that you need to mechanize the process in some way. This is the beauty of a suction dredge because you are using a motor to create suction to pull up the material. But dredges aren’t the only way to move decent material.

Let’s look at a few different options that might be worth exploring. Again, the rules are different in every area so you need to make sure you are legal before you start.

It’s getting harder to find places to dredge, but there are still gold-bearing rivers where you can do it. The ban in California has gotten a lot of attention, and recent restrictions have expanded into Oregon, Idaho and some other states. But there are still opportunities to dredge out there. Montana, Georgia, Colorado and lots of other states will allow it. You just have to do your research.

Highbanking is a good option and has less restrictions in many areas where you cannot dredge. A motorized pump moves water through a sluice, but you still have to manually shovel the material into it. While its certainly more labor intensive than other mechanized methods, this is a good way to recover some nice gold.

Running a big trommel is kind of the “big boy” version of a highbanker. This is big equipment, and rather than using a shovel to dig, a big trommel can be fed with a loader. These are what commercial placer mines use to sometimes recover thousands of ounces per season. Using a loader will require a Plan of Operation and a multitude of hoops that you will have to jump through. How easy or hard this will be to pull off will vary widely depending on the state/district that you are in. Plan on several years of paperwork before you can start using any mechanized equipment on public lands.

You might think of a metal detecting as more of a “hobby” than a piece of mining equipment. But I can assure you, in capable hands a quality metal detector is one of the most efficient tools for finding gold. I know people who consistently find over a pound of gold every year just by metal detecting. They would never be able to do that with just a sluice box. One huge benefit of detecting for gold is that there are way less regulations and you can legally use them in many areas that heavily regulate other mining methods.

Gold mining is definitely harder than it use to be. The simple fact is that there’s less gold than there once was. It isn’t the 1850s anymore, and the goldfields have been thoroughly hunted over the past couple centuries.

Yet we now have the additional issue of dealing with all these new regulation and restrictions. I don’t think there has ever been a tougher time to be a gold miner than right now. However, there are ways to make it happen! Despite the challenges, people are still able to operate in the United States and find enough gold to make a living.

It isn’t easy, but it can be done.

3 Reasons You Never Find Any Gold 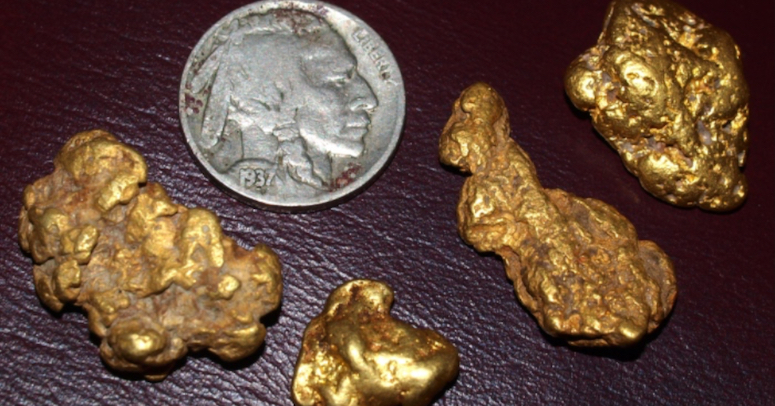