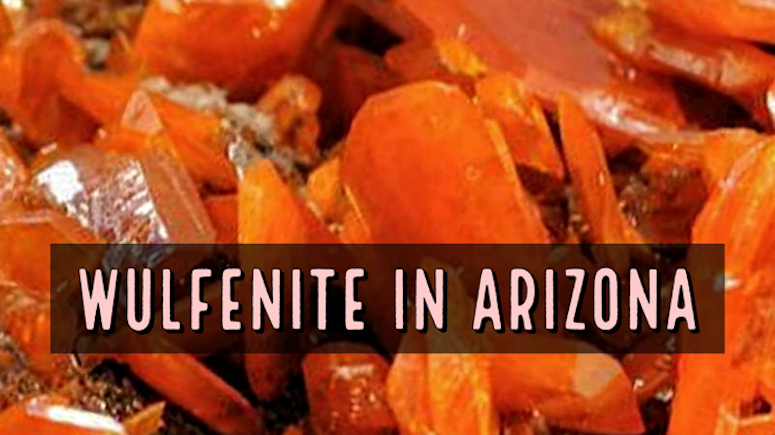 Wulfenite is not a common or popular mineral in many parts of the world. But, in Arizona, everything changes. In this southwestern US state, Wulfenite joins petrified wood, turquoise, and copper as a state symbol. Wulfenite became the state mineral of Arizona in 2017.

If you’re wondering about the name, well, it was earlier called Melinose. The name was derived from the Greek word for honey (Meli). The mineral got the name because of the honey-colored appearance.

The mineral was first called melinose, derived from the greek word for honey. About 150 years ago, Melinose was changed to Wulfenite to honor Franz Xaver von Wulfen, the Austrian mineralogist who extensively studied the Carinthia lead ores in the late 18th century.

A lot of folks haven’t even heard of Wulfenite. But, the mineral is popular with collectors throughout the world. Many are attracted to Wulfenite for its beauty; especially, in its adamantine and resinous form, color, and luster.

In the United States, collectors can find several places were fine specimens of Wulfenite can be found. Arizona, Washington, Montana, New Mexico, Colorado, and California are the best places to look for Wulfenite. The most valuable specimens for collectors are primarily found in Arizona.

The lead-containing wulfenite, along with molybdenite, ilsemannite, molybdite, and several others form the principle molybdenum minerals.

Wulfenite is what we call a secondary mineral. They are formed as the result of oxidation in the open cavities of igneous rocks where lead veins are present. Wulfenite normally occurs along with vanadinite, pyromorphite, and galena.

The slivery mineral Molybdenum is known for its strength and hardness. It also has a high melting point. It has many industrial uses and is often alloyed with iron and steel to further increase its strength. Molybdenum alloys are preferred for their high resistance to wear and corrosion.

Molybdenum is always formed as part of a compound; it doesn’t occur naturally. In one of its chief forms – Molybdenite – the mineral occurs along with sulfur. There is 60% of molybdenum in the mineral molybdenite. In contrast, only 26% of wulfenite is made up of molybdenum. 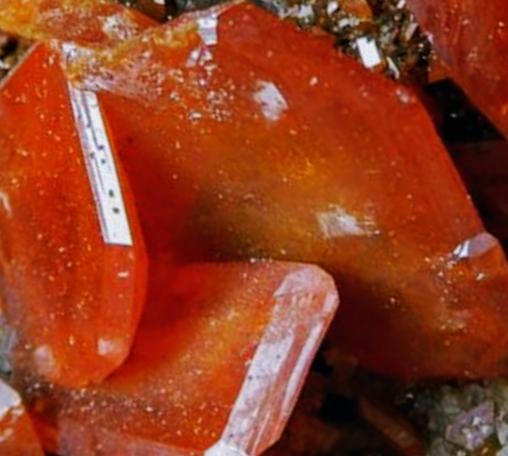 Until the mid-20th century, Wulfenite was mined for the production of the mineral molybdenum. With the increase in the mining of molybdenite that has a higher concentration of molybdenum, the commercial mining of wulfenite gradually reduced.

The introduction of new and innovative extraction methods of molybdenum from a variety of ores. Plus, the large mining of molybdenite around the world led to a decline in wulfenite production in Arizona.

Within decades wulfenite because less useful as a source mineral. But, the beautiful crystals – with thin tabular, columnar, or pyramidal shapes – and eye-catching colors soon made it popular as a collector’s item.

Some of the best collector’s specimens of wulfenite are found in Arizona. The mineral is available for mining in several western states of the US. That said, Arizona tops the best place to mine wulfenite. The state has more than 275 localities where the mineral could be found.

The Top Wulfenite Mines in Arizona

Nearly all of the well-documented Wulfenite sources are actively claimed, on private lands, or otherwise inaccessible to the public. There is an active collector’s market for these rare crystals and plenty of active miners out searching for them.

Finding an undocumented source would certainly be possible. Arizona is a highly mineralized state with great potential for mineral mining. Known Wulfenite sources span the state, but focus your efforts in the vicinity of known mines. Identify the host rock where they occur.

If you visit the rock shows in Arizona during the winter you can see some of the world’s finest Wulfenite specimens for sale. You can find some nice examples at the Quartzsite Gem Show, but the exceptionally high-quality pieces will be on display at the Tucson Gem Show.