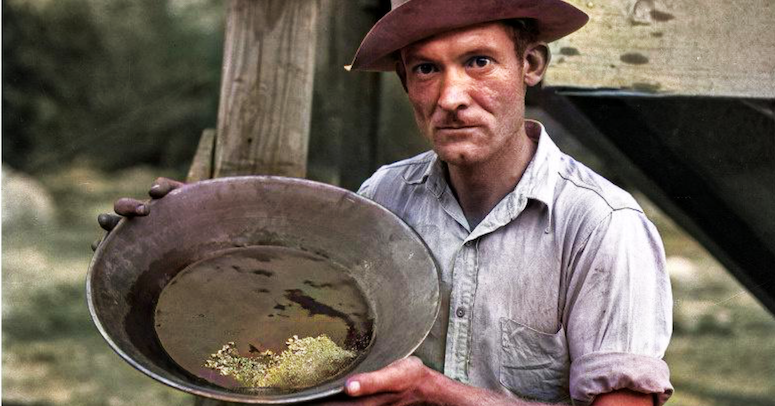 Libby Creek in Montana is one of the best places in Montana to prospect gold. It’s also one of the few publicly accessible sites where a casual prospector can spend the day panning in an area known to have gold.

Historically, Libby Creek was not the richest gold mining sites in the state. There was a fair amount of mining that took place here, but the amount of gold found by the early miners was a mere fraction of what was found around Helena, Butte, Bannack or Virginia City.

The creek is surrounded by two small towns, Troy and Libby. The nearest large town is Kalispell. Libby Creek drains from high in the Cabinet Mountains through the Kootenai National Forest.

To prevent overexploitation of the resource, the Forest Service has set up a special area for gold panning some 23 miles south of the Libby.

The area is free of any mining claims. Hence, the public can keep the gold they find in the area. Each year thousands visit the area to search for the yellow metal.

The Forest Service has laid down some rules to regulate prospecting at Libby Creek, which we will discuss later.

The Mining History of Libby Creek

First, let’s learn a bit about the early mining history here in Kootenai County. In the 19th century, thousands braved harsh weather and other dangers to seek fortune in the western states. Montana was especially unwelcoming to prospectors in the winter months.

The remoteness of the region kept many out, but a few hundred miners extracted gold from the area for a decade after the discovery.

The gold deposit in the region was limited even then. After the initial interest waned, many left Libby Creek, which led to a decrease in population and mining activities.

The advent of new gold extraction methods resulted in a renewed interest in gold mining in the region. Hydraulic mining became popular and many hydraulic mines became operational in Libby Creek. These mines weren’t as large as hydraulic mines in California. But, the operations were profitable.

Initially, the miners sluiced the gravel in the creek itself. Later, dry land dredging was pursued but discontinued after a few years because it proved unprofitable.

Even after decades of mining, there is still gold in the region. Other than the Libby Creek area, prospectors can find gold in the Poorman Creek, Howard Creek, Granite Creek, Big Cherry Creek, and Bear Creek. Many fertile gold-bearing areas and tributaries in the region are already claimed.

You Don’t Need a Mining Claim to Find Gold 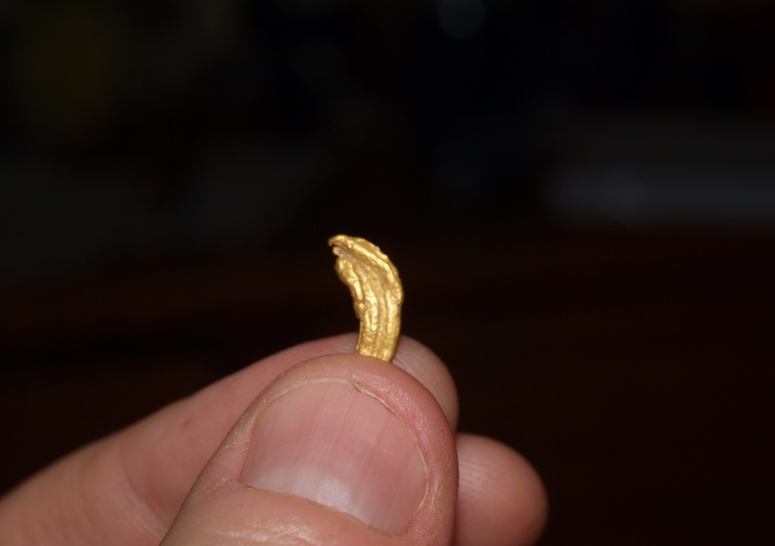 Although many of the fertile gold areas on the creek are claimed up, the Recreational Gold Panning Area still has some decent gold deposits for the casual prospector.

The general public is allowed to prospect in the allotted area. But the Forest Service has strict rules on the methods and tools used within the prospecting area.

The Forest Service has strictly barred any kind of mechanical and motorized equipment like dredges and highbankers. Common panning tools such as wheelbarrows and metal detectors are also banned. Prospectors can use basic hand tools and gold pans to extract gold, and a surprising amount can be dug even using these simple methods

The rules also place restrictions on the amount of gravel that can be processed in the Libby Creek Panning Area. The prospecting public should not take gravel home for processing. The worked gravel must be left on the same site.

Please keep this area clean. Pack out garbage and take it outside the prospecting area for disposal. Remember, this is grizzly country, so be extremely cautious with food and garbage that would attract bears to the area.

Camp limit is 14 days. For safely purposes, no firearms or shooting is allowed.

The facilities and services in the panning area are limited. There are no developed camping sites or lodging places. There is one restrooms within the forest panning area.

The lack of crowds and many modern facilities make Libby Creek a great area to explore. On my visit to the area last fall, I only saw one other vehicle there the entire day. 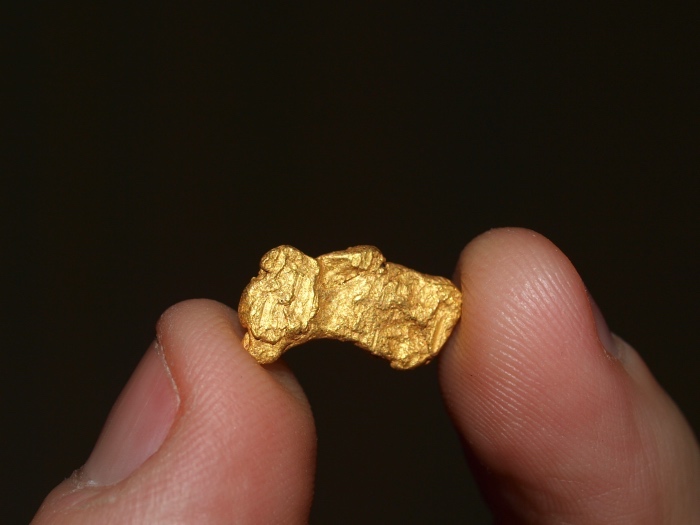 Prospecting in Areas With Club Claims

Apart from the Libby Creek Recreational Gold Panning Area, there are other places where prospectors can try their luck. Outside the forest allotted area, prospectors are free to use any machined tool to find and extract gold.

Most fertile gold lands outside the Forest Service area are already claimed, and its been that way for years. Prospectors can still search for gold if they join a club that has claims in these parts of Libby Creek.

The Northwest Montana Gold Prospectors are worth checking out if you plan to spend much time in this area. The entire family can join a club by paying a small fee. As there are no restrictions, prospectors can use metal detectors to find gold nuggets. Libby Creek isn’t famous for large nuggets. But, in the past there have been several ranging from a few grams to a few ounces that have been found in Libby Creek.

There is a good amount of exposed bedrock, where you can find small nuggets. To find gold in cracks and jagged bedrock, use metal detectors with a small coil.

My 4 Favorite Books about Gold Detecting