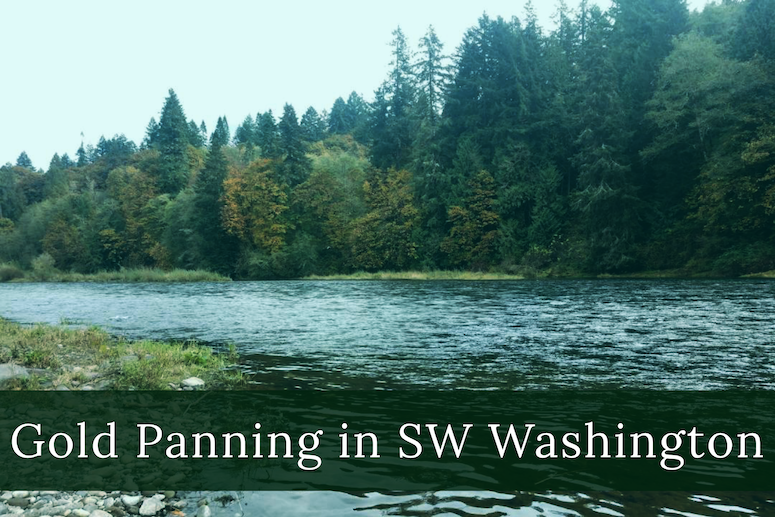 Gold deposits aren’t widespread in Southwest Washington, but there are a few locations where a diligent prospector can find a bit of color.

There was never much of a “gold rush” here. There was some small short-lived excitement in a few areas, but the deposits were never rich enough to attract much interest. Yet if you spend any time in this area, you will realize that there are small gold deposits throughout this area. The Gifford Pinchot National Forest provides a lot of good areas to explore.

People are often surprised that various rivers and creeks in the Mount St. Helens and Mount Adams area will turn up a little bit of gold. Consistently, the best gold deposits are in the Lewis River. In particular, it is the East Fork Lewis River that produces the best gold after a long day of prospecting. 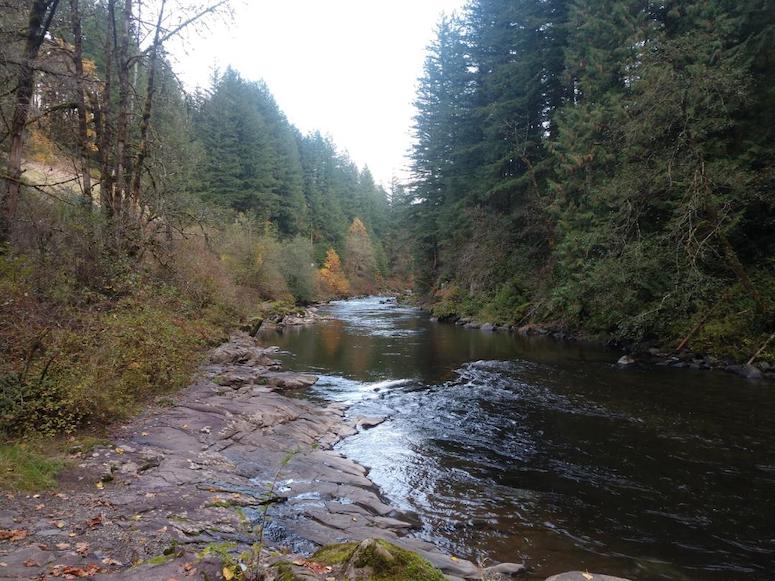 The gold here is rarely of any size. It’s no surprise that just fine dust is most often found… but once in a while a decent flake will turn up in your pan. It takes a lot of digging. You’ll need to process a fair amount of gravel to find the better pieces.

About 6 miles southeast of Yacolt along the East Fork Lewis River was the McMunn placer mine. Early reports indicate that both gold and platinum were found here (one of the relatively few places where platinum occurs in Washington), but production was minimal and only sporadic work was done at the mine. 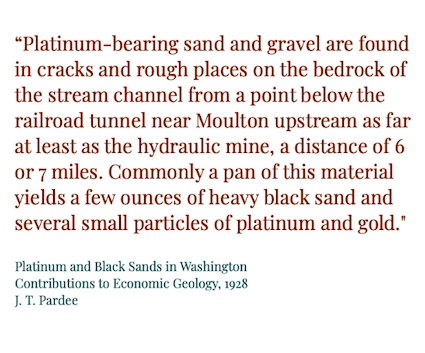 There’s a lot of nice looking bedrock along the East Fork. A gold pan and a few crevicing tools is all you need to be successful here. Remember, a lot of that gold will be way up on the banks, since the water levels change so drastically from season to season.

By the way, I have also found a bit of gold on the main stem of the Lewis River down at the lower end near Woodland. I’m sure you could find gold all throughout the drainage, but much of the main river channel is now inundated by Lake Merwin, Yale Lake and Swift Reservoir.

Two known areas to find gold are on the north side of Mount St. Helens. Some fair placer gold is Yellowjacket Creek, a tributary to the Cispus River near the town of Randle. With that said, this is certainly not considered a “mining town” and very few people would even realize that any mining takes place there.

The gold here is likely sourced from McCoy Creek and Camp Creek, nearby tributaries to the south that is known for gold. I fact, there is an old lode mine near Camp Creek on the western flank of Juniper Peak.

In recent history, the Gold Prospectors Association of America had a couple claims on Yellowjacket Creek that were open to members. If you’re interested in finding access to this area you might want to check if they are still active.

The technique of finding gold here is no different than anywhere else. You’ll recover the best gold by diligently digging to the bedrock and working in the cracks and crevices. It’s worthwhile to take your time here. Most gold settles deep down into those cracks, and the basalt bedrock can have some DEEP cracks.

In years past, a friend of mine used a hand operated suction device with some success here. It’s a homemade gadget that allows him to pull material from cracks and crevices easily. He then runs it through a sluice box. 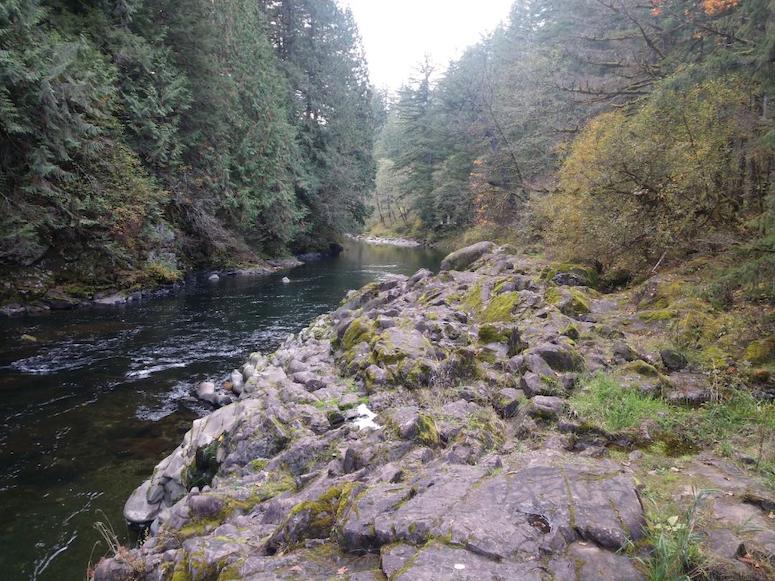 Always be certain of where you are allowed to be. The first part of that would be to get a map of the Gifford Pinchot National Forest so you will know that you are on public lands open for prospecting. Private lands require permission, and you can get into real trouble if you don’t respect that.

If you are new to the area, aren’t sure about the good access points, or just want to learn more about gold from more experienced prospectors, consider joining the Southwest Washington Gold Prospectors. It is a family-friendly group that is free to join.

Before you get out in the field, you will need to get a copy of the Gold & Fish Book (free download), which goes over the rules and regulations for prospecting in Washington. Unfortunately, there are some new restrictions on equipment that were recently enacted that impact miners in waters with salmon and steelhead.

25 Rivers in Washington with Gold