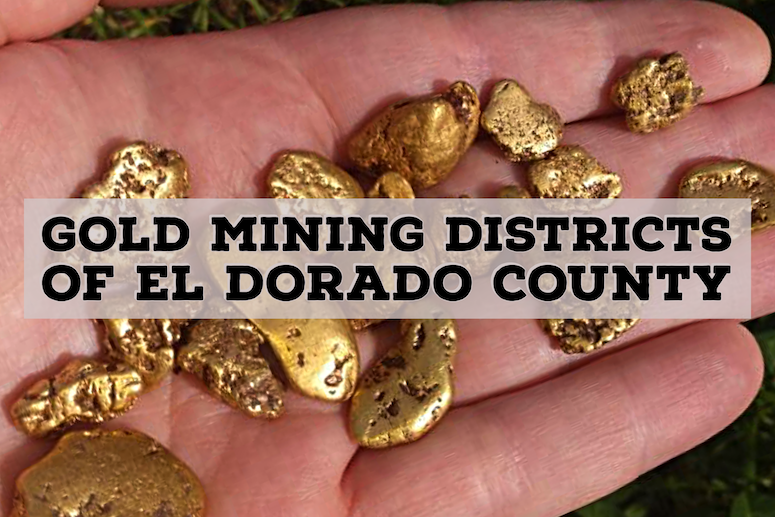 This is where to California Gold Rush started. The gold deposits throughout El Dorado County were extensive and rich, attracting thousands of men to the goldfields.

Gold was dug and stakes were claimed. The rivers were full of gold nuggets, but perhaps even richer were the ancient tertiary channels high above were even richer. Lode mines punched thousands of feet into the ground, chasing rich quartz veins that were riddled with gold.

Mining districts were established. Below are 12 of the richest districts in El Dorado County.

While this may not be the richest of the gold districts in El Dorado County, it does hold a special place in the hearts of Californians. It was here at Sutter’s Mill where gold was first discovered, starting the mass influx of miners to the goldfields of the Mother Lode. Most of the gold found here is credited to the placers along the American River.

At the western side of the county in the lower foothills, a good amount of mining took place at Deer Creek. Mining extended down into Sacramento County as well, with considerable placering. Dragline dredges were used in many areas which helped to work gravels in areas with limited water. 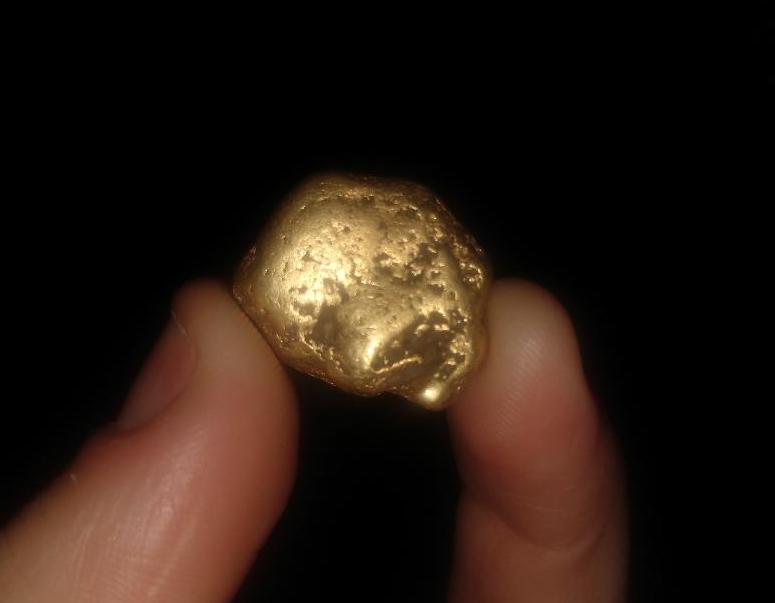 A few miles southwest of Placerville was the El Dorado mining district. This was a hard rock area where rich gold veins were found in slate matrix, and to a lesser extent in greenstone and schist.

There was extensive mining activity all around Georgetown, with feverish activity here early on during the Gold Rush. A large hydraulic mine was located at Georgia Slide on Canyon Creek that was worked actively from 1853 to 1895. Heavily weathered quartz veins showed concentrated seam deposits that were some of the richest areas to mine around Georgetown. 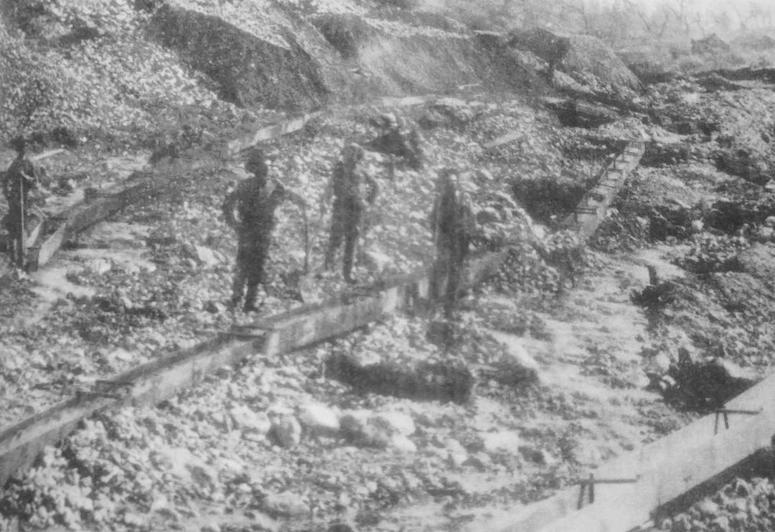 An early ground sluicing operation in El Dorado County around 1849.

Greenwood was situated at the headwaters of Greenwood Creek. There is gold all over in this country. Ditches and flumes were used to direct water so that exposed bench deposits could be worked in the gulches above the American River. Some very rich and valuable gold has come from the lode mines here. The beautiful 201-ounce Fricot Nugget came from the Grit Mine in this area.

Very good placer deposits were found at Grizzly Flat on the Steely Fork Cosumnes River. It started with sluicing the rich gravels in the river, but many rich lode mines were also worked in later years. Mining activity continued even through the years of the Great Depression. The Eagle Mine, Eagle King Mine, and Humbug Mine were productive for years.

About 10 miles east of Placerville is the early placer mining district of Newton. Most of the gulches around Camino and Pleasant Valley will produce some nice nuggets. Very coarse gold has been found in this area. Considerable hydraulic mining activity occurred here through the early 1900s.

It was named Dry Diggings originally, and later got the nickname Old Hangtown because robbers were hung there during the early days. Hydraulic and drift mines were exceptionally rich in this area, and the diggings were extensive. There is gold all over in this country. Sacramento Hill, Smith’s Flat, Texas Hill, Negro Hill, and Diamond Springs all had exposed tertiary gravels that were hydraulically mined. Placerville is still a sizable town, with a population of just over 10,000 people. 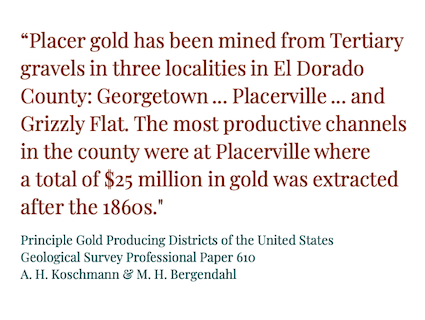 Northeast of Folsom Lake along the Middle Fork American River is Rattlesnake Bar. This area was mined from the beginning, a boomtown starting in 1849 and lasting for several years. A fire burned the townsite in 1864 but the mining continued. Some rich areas are now inundated by the reservoir.

This mining area was quite rich and productive. Located about 10 miles north of Placerville, most of the early miners here were from Mexico, Portugal, and other South American countries. As such, the area got the nickname “Spanish Flat.” Valuable quartz veins are known for rich pockets that are absolutely loaded with gold. One high-grade pocket at the Alhambra Mine yielded a gold strike valued at $550,000!

Both lodes and placers were mined in Volcanoville. Many tertiary gravels are exposed along the canyon of the Middle Fork American River, many of which are in the hills around Volcanoville. One the other side of the canyon is Foresthill, which was a productive mining camp as well. The Kentucky Flat area had numerous mines.