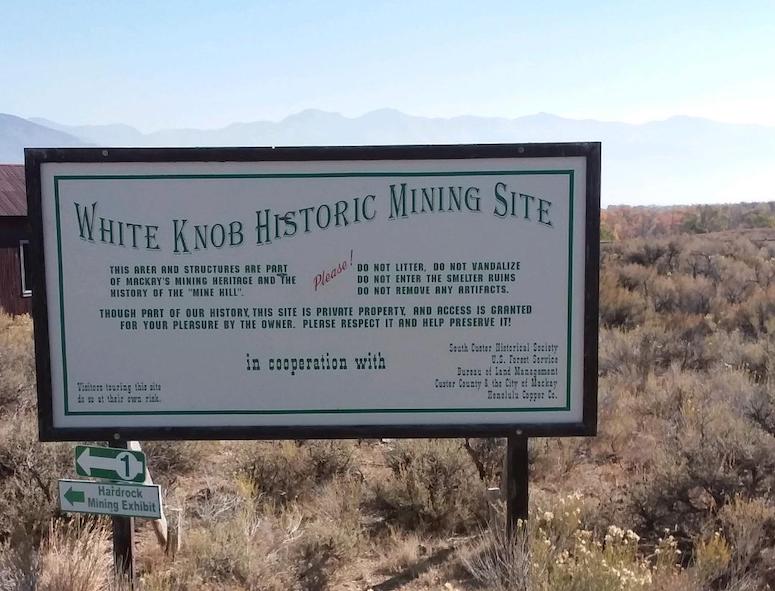 Mining activities started shortly after the discovery of copper in 1879. For a short period, Cliff City and the White Knob towns were serving the needs of the adjoining mines in the area. Later, after Mackay was established in 1890, much of the trading activity shifted to the new town. Mackay became the most prominent mining town in the region.

The Early Mining History of the Mackay Area

Much of the information we have today about the mining history of Mackay came from the USGS publication in 1912.

The Mackay region attracted the attention of the mining industry after the discovery of mineral resources in 1880. Just a few miles north of the Mackay area, in the Nicholia district, the miners found rich lead-silver deposits.

Mining in the Mackay area took off from there. It didn’t take long for miners to find other minerals in the region. Shortly after the discovery of lead and silver, copper deposits were also discovered in the area. Like the former minerals, the latter wasn’t immediately mined. It took nearly a decade for any real attempt to mine copper in the region began.

The Mining Operations in the Mackay Area

The history of Mackay is closely related to that of the mines in the area. The mining company began its operations in 1901 and the same year, two blast furnaces were built in the town.

While the town prospered, the White Knob mining company that managed the operations in the region had a disastrous five years. The company became a drain on the investing public.

In less than a decade the company spent around $3,000,000 without showing a dime in the profits column. Later, the management of the mines in the Mackay Area went into the hands of the Empire Copper Co. The new company revamped the whole operation when it took the mine on a leasing system. After the changes, the company managed to make a handsome profit.

The first major mineral production from the area happened in 1906 when lead-silver deposits were extracted. Although the mining commenced in the area, it was only in 1911, lead production started, after building a 100-ton concentrating mill.

The mill hit peak production in 1912-13. Just a year after, in 1914, the mill closed due to the sudden drop in the price of lead. Although the mill ceased to operate the mines were continuously producing mineral ores. Along with other minerals, the mines in Mackay also produced gold.

The records of the mining operations and mineral production were maintained. But most of them are just estimates with no clear proof or records to back the numbers. All four minerals – copper, gold, silver, and lead were mined in the area. 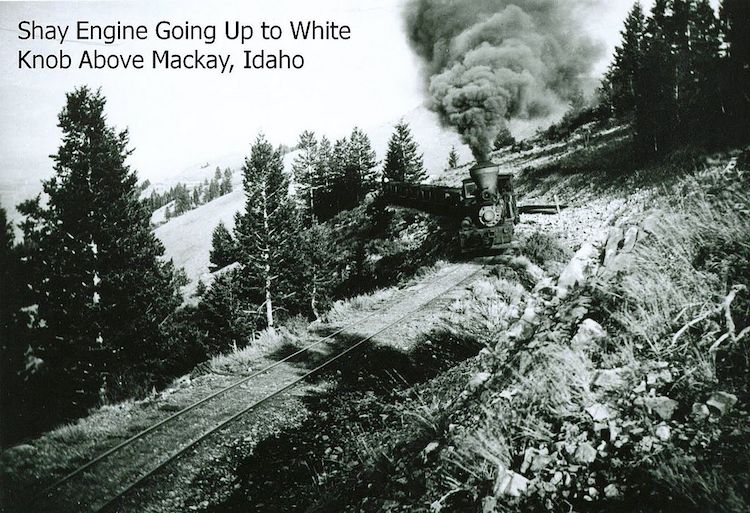 Mining activities in the surrounding areas saw slightly less but sufficient mineral production. Plus, their production records were properly maintained. Hence, production figures that emerged from these areas were more accurate than the mines near Mackay. Some of these districts include the Alder Creek, Era, Dome, Copper Basin, Muldoon, Skull Canyon, Birch Creek, and Lead Belt.

8 Locations to Find Fossils in Idaho

Mackay: From Mining to Ranching and Agriculture

During the peak of mining activity, Mackay had a total population of around 1500. Today, it has become a quiet ranching and agriculture center with just 500 people residing in it.

The town’s rich mining history attracts tourists from all corners of the country. Surrounded by the tall peaks of Idaho, the town is a gorgeous little town in the heart of Idaho.

People interested in the mining history and cultural significance of the old town can opt for special tours. Some of the old copper mines, old buildings in the town, and mining relics are open for the tourists.

The beautiful town has faced several natural calamities. The biggest one to date is the 1983 earthquake that caused large-scale destruction of the properties and severely damaged the fragile economy of the town. Measuring 6.9 on the Richter scale, the Borah Peak earthquake was the most powerful to be ever recorded in Idaho. It took a few years to restore the town and return to normalcy.