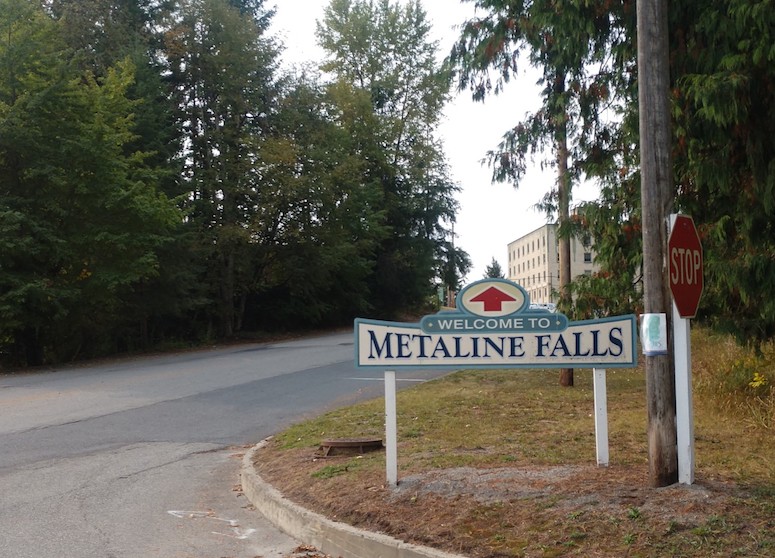 The town of Metaline Falls, a pale shadow of its former self is situated in Pend Oreille County. This active town of just 250 residents once stood as the trading center for mines that produced silver, gold, lead, and zinc. The availability of minerals and easy access to the miners prompted the settlers to name the town as “Metalines.”

The Early History of Metaline Falls

It was gold that first attracted the early settlers to the place. In 1959, a small amount of placer gold was discovered in the region. This was enough to capture the attention of fortune seekers.

Within a decade or so, the placer gold deposits were heavily diminished. As the first settlers lost interest in gold, the small-scale prospecting operations were continued by the Chinese miners, who were willing to mine the “worked out” areas that white miners would abandon.

While the mining activities were carried out near the creeks and streams, the town of Metaline Falls served as the main camp for the miners. It is situated at the confluence of Sullivan Creek and the Pend Oreille River. 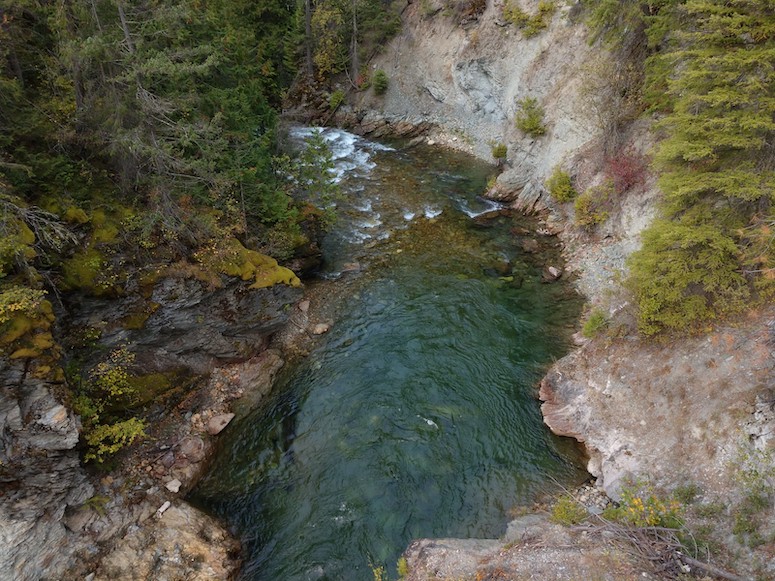 Those early miners had good success panning the gravels of Sullivan Creek, with the richest area being situated between Sullivan Lake downstream to the confluence with the river. These placers were productive for many years with some nice gold being recovered.

Decent placer gravels were also worked downstream in the Pend Oreille River. Miners would work the bedrock during late summer when water levels were at their lowest. Nice sized gold nuggets have been found here.

In 1887, zinc and lead deposits were also found in the nearby areas. A small amount of silver too was discovered. But the lack of transportation meant serious mining efforts were delayed until 1910 when the railroad reached the town. Before that, in the early 1900s, efforts were made to facilitate water travel and mineral transportation by blasting the Pend Oreille River.

The new railroad lines helped in establishing the modern town of Metaline Falls in 1911. The town got its first post office a year earlier in 1910.

Before the discovery of placer gold, the region was famous for its fur trade carried out by the local native inhabitants. Gold prospecting and the mining of other minerals first supplemented the fur economy of Metaline Falls, and later became the main economic driving force in the region.

The extraction process in Metaline Falls was hard work. Even in places where placer gold was easy to spot and extract, the process of working sand or gravel and washing the ore to find particles of gold was a laborious task.

Early prospectors who cleared out most of the surface gold were predominantly white. They left when easy gold dried up. The vacuum was filled up by Chinese miners who profitably prospected in the 1870s. 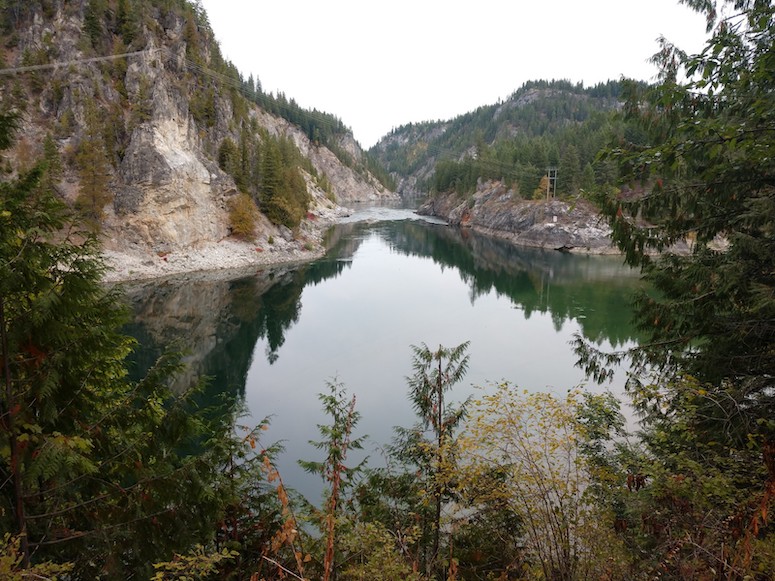 The 2nd Rush at Metaline Falls

Lewis Larsen, born in Denmark, visited the Metaline Falls area for the first time in 1905. While in Canada, he heard about the discovery of quartz and limestone in this region in 1901.

The minerals he found were ideally suited for producing cement. The region already had a cement factory; a mile to the north of Ione. Lewis Larsen along with a few others established the Inland Portland Cement Company in 1909. Later it became the Lehigh Portland Cement Company. For the next 80 years, the economic growth of the town was linked to that of the cement company.

Larsen started acquiring property in the area in 1908. He liked the elevated land that gave a glorious view of the valley. Enoch Carr, a prospector already held claims on the land. Larsen bought the land from him.

Two years later, the Idaho and Washington Northern Railroad was extended to Metaline Falls. The arrival of the railroad meant the businessmen of Metaline Falls didn’t have to depend on the river for freight transportation anymore. 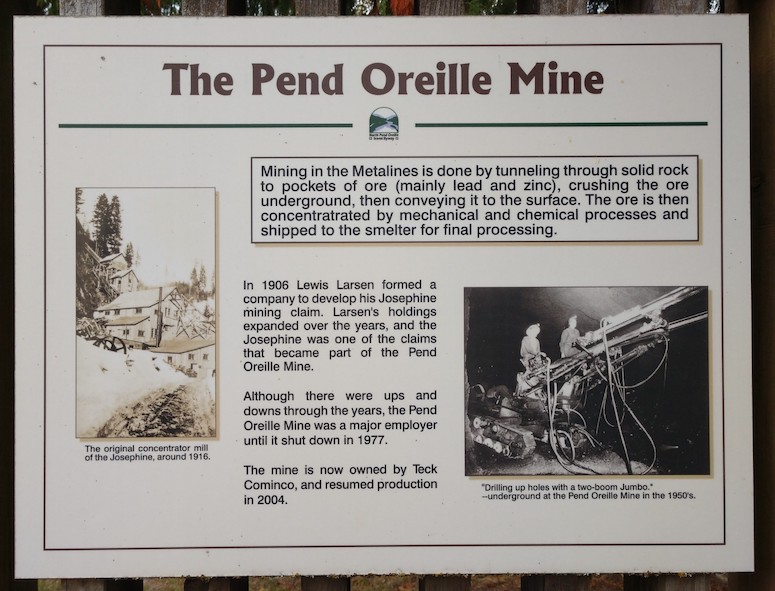 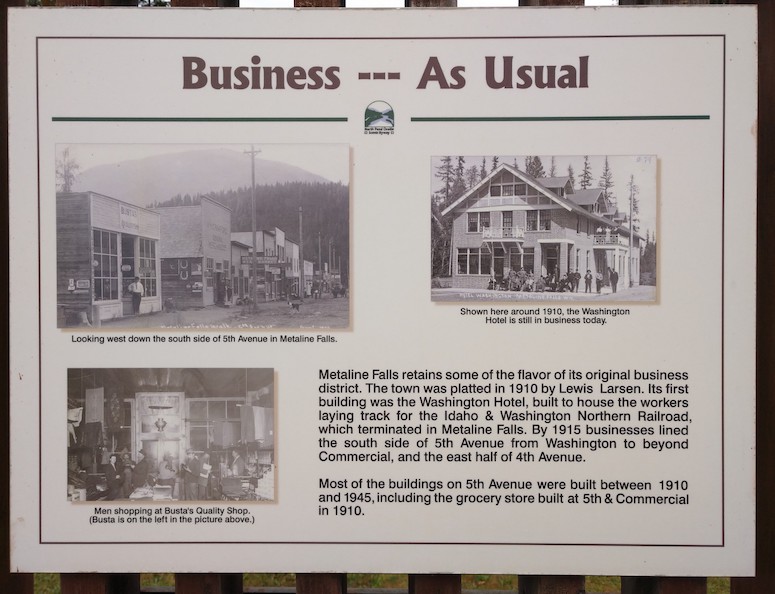 Larsen had big plans for the new town. This included a post office, buildings, parks, and several public services. Gradually, the new Metaline Falls Town took shape. The residents of the new town voted for establishing new public offices and later the commissioners of the Stevens County signed the official document. On May 13, 1911, the town was officially incorporated.

In the second quarter of the century, Metaline Falls became Washington’s largest zinc and lead producer. During the Second World War, soldier miners were employed to extract minerals that would support war efforts.

For several decades, the Metaline Falls Town was dependent on cement, logging, and mining industries. By the end of the 1970s, all three industries declined. This led to the loss of jobs and mass migration to other towns and states.

Slowly, Metaline Falls morphed itself into a small summer community and as a place to partake and enjoy outdoor adventure sports.

Water sports and activities flourished due to the dams on Box Canyon and the Pend Oreille River. The dams too contributed to the town’s economy, but they have also changed the river considerably. The bedrock and richer gold-bearing gravels now sit well below the current water level.

Safely Constructing an Underground Mine Shaft

Did You Give Up on Being a Gold Prospector? 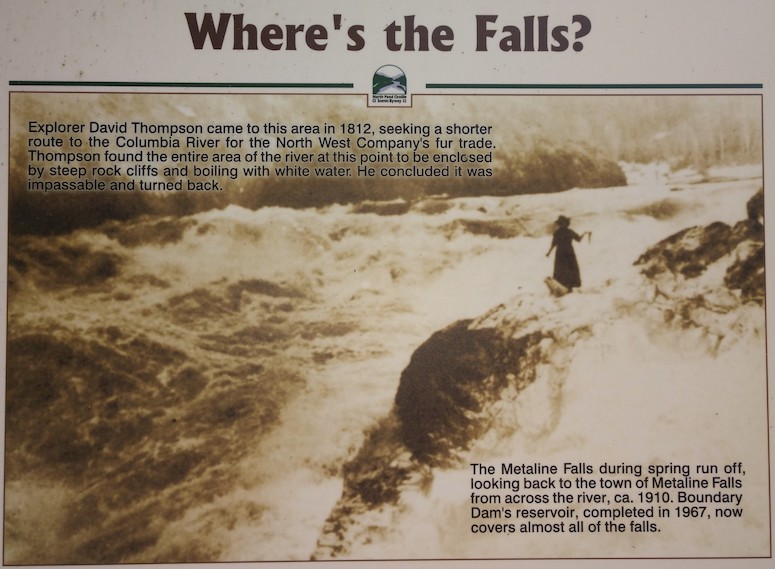