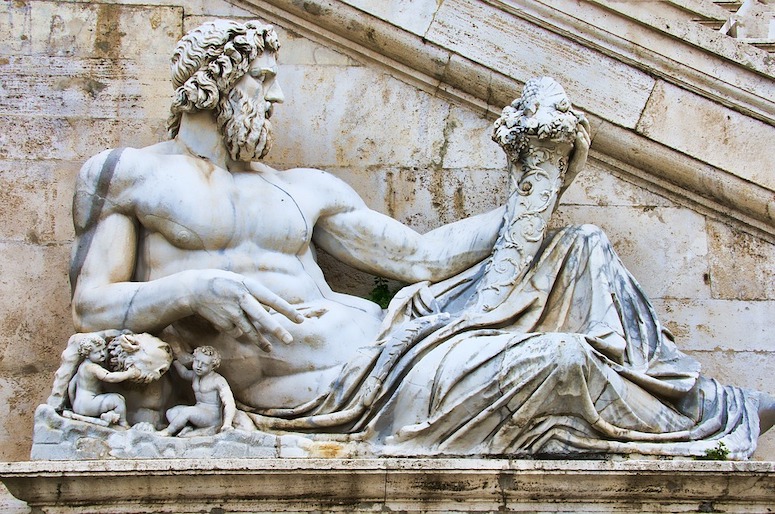 Before we get to mining in Rome, it is important to state first of all that metalworking was not invented in the Roman Empire. These techniques were already very common in Italy as early as the Bronze Age, roughly around 53 BC.

However, the expansion of the Roman Empire meant that demand for metal was high and as such, more sources of ore had to be found. Most of the metal mined in the Roman Empire, including all its conquered territories, was used to support its large military and infrastructure.

But gold in particular would evolve to become on the most central pillars of Roman civilization. It did not only become the currency of the time but it was also a measure of wealth and a driver of global trade.

Sources of Gold in the Roman Empire

Gold mining in the Roman Empire started in 75 AD. However, central Italy, which was the seat of the Roman Empire, was not particularly rich in gold or any other metal ores. As a result, the empire had to rely on conquered territories overseas for its supply of gold ore.

The gold was delivered in Rome through a series of trade networks from a variety of sources within the empire. Most of the gold used in Rome came from nine territories which include the following:

The technology used to extract metal from ore in the Roman Empire was quite advanced at the time. The Romans were already smelting ore, a technology that continues to be used even today. At its basic form, smelting is simply heating the ore to create a molten liquid that separates the metal from the rest of the ore.

The Romans had also developed casting technologies that allowed them to mold metals into large lumps. However, the most commonly used extraction methods for gold were cupellation and granulation.

You see, the gold mined in these region contained traces of copper and silver. For this reason, cupellation was used as the first step in gold extraction. In essence, the process involved treating the ore with high heat, which would help extract the traces of copper. This would leave behind gold and traces of silver.

The second step was now to separate the gold from the silver. This is where granulation came in. The silver and gold ore would be heated until it formed a molten liquid. This liquid would then be poured into cold water from granules.

These granules were an alloy of the gold itself and an altered form of silver known scientifically as Silver Chloride. The Romans would then smelt the granules with salt, where they would separate the silver chloride from the gold.

Safely Constructig an Underground Mine Shaft

How Cyanide Leaching is Used in Gold Mining

The Invention of Hydraulic Mining

For the most part, the extraction of gold and other metals was done by hand. However, a method known as the hushing technique was invented, something that helped increase mining output massively. Hushing is an ancient mining technology where a torrent of water is used to remove debris and reveal mineral veins.

This technique is now often referred to as hydraulic mining. It was a game-changer for the mining industry in Rome because it increased efficiency on a large scale. Additionally, the Romans’ ability to organize the production through comprehensive governance structures meant that they could extract gold and other metals at large scales.

During its mining peak, it is estimated that the Roman Empire would produce up to 9 tons of gold each year. Going by gold prices today, this output would have translated to over half a billion dollars in annual gold revenues. 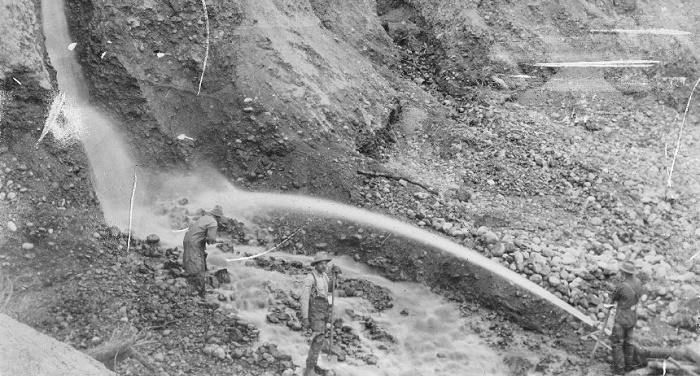 Hydraulic mining continues to be used today, and was commonly used throughout the goldfields of the United States during the height of the Gold Rush.

The large scale mining operations in Rome was not without its social ramifications. For instance, because mining at the time was heavily labor-intensive, the use of slaves in mines was significantly widespread.

However, it reached a point where the cost of purchasing slaves became too high. As a result, the Romans came up with a system of indentured servitude where people, especially convicts, were forced to work in mines without pay.

The economic impact of the mining industry was also felt across Rome. It is believed that the massive supply of metal from mines overseas was one of the most crucial factors that led to the expansion and the sustenance of the Roman Empire. It is also believed that gold coins in particular were influential in the development of international trade between Rome and far away countries like India and China.

Conquistador’s Gold | The Plundering of the Americas