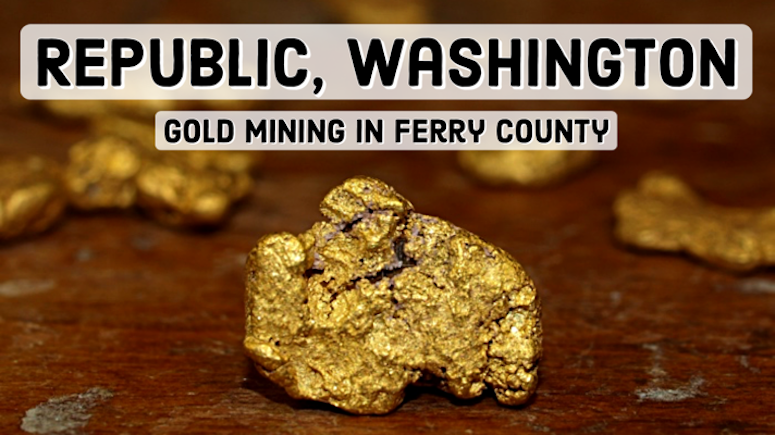 The city of Republic in Washington State was founded by gold prospectors over 110 years ago. Although it is known for its proud mining history, it also has a strong logging history and many recreational activities.

Republic is a beautiful open wilderness tucked along the valley between Wauconda and Sherman Passes, just at the intersection of route 20 and 21 in Washington. In this article, we will be looking at the status of mining activity in the town and go back in time to see how it all started. But first, a small background of the city.

The town was initially known as Eureka Gulch. This is because the first major building in the town, a two story hotel built by mineral prospectors, was called Eureka. However, as we entered the 20th century, the name was changed to Republic and has remained so to this day.

The town center, often referred to as the Republic Mining District, is one of the largest mining camps to ever emerge in the region. Gold mining is still active there and remains a key part of the city’s economy. 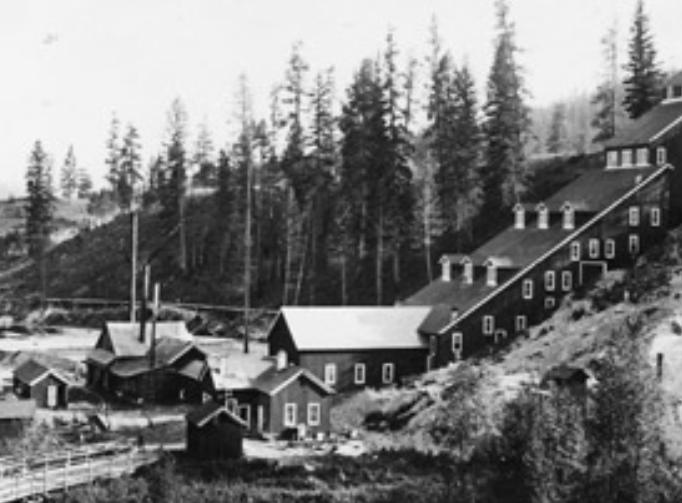 Gold Prospecting on the Olympic Peninsula in Washington

The History of Mining in Republic Washington

Let’s now look at how mining started in this small town. As we have noted above, the history of mining in Republic goes back over 110 years. Mining activities began at the Republic Mining District after the first mining claims were made in 1896.

This is not a placer district. Although there is some gold in the creeks and river through Ferry County, most are not economically viable. It was only later, when low-grade ores could be profitably worked, that Republic started to boom.

It is believed the mining rush in the city came after nearly half of the Colville Indian Reservation was vacated to pave way for economic activities. As the exploration of gold continued, the Republic mine grew to become the biggest producer of gold in the US at the time.

At the onset of the gold rush in Republic, prospectors only had enough capacity to process low-grade ore. The first low-grade ore mill in the town was established in 1898. But there was still a lot of high-grade gold ore available. Due to lack of enough processing capacity, it was hauled east towards Marcus, a small town located nearly 80 miles from Republic.

Initially, the transportation of ore was done by cart. But the arrival of the Spokane Falls and Northern branch railway line made it easier for prospectors to move ore across the state. However, it didn’t take long before a modern stamp mill was constructed in the town.

The mills were built between 1899 and 1900 by the Mountain Gold Lion Company. They had the ability to process up to 100 tonnes of ore at any given time. This increased gold production in Republic massively in the early years of the 20th century. Another 200 ton Republic mill was also built during this period.

Despite the development of better mills, the gold mines in Republic were not as profitable as prospectors had hoped. The gold produced also contained a high percentage of silver. Eventually, the mines had to shut down. But the arrival of the railroad in the city in 1902 revived the industry.

This meant that transportation costs for moving ore and processed gold were relatively lower and therefore it was now economically feasible for mining companies to resume operations. Between 1902 and 1909, Republic moved tons of ore through the railroad to British Columbia for processing. It is estimated that during its peak, the Republic mines shipped over 6.4 tons of ore via railroad each week.

The State Of Mining in Modern Republic

As the reserves of Gold in Republic started to decline, mining companies eventually moved away. As a result, this once vibrant mining camp began to dwindle. It is believed that between 1901 and 1910, Republic lost almost half its population as a result of declining mining activities.

Nonetheless, improvement in mining technology in later years and the discovery of new gold deposits in the mountains surrounding the town helped revive the industry further. Gold mining is still part and parcel of the local economy but it is not as integral as it used to be.

However, Republic still cherishes its mining roots thanks to its annual Prospector’s Day. This holiday is held during the second weekend of June each year. Logging competitions and panning for gold are some of the events that headline this weekend.

The Ferry County Historical Center is also home to a lot of rich historical artifacts that depict the mining origins in the town. It’s a great destination for anyone who wants to get acquainted with the Republic 19th century gold rush and everything else about this small town.