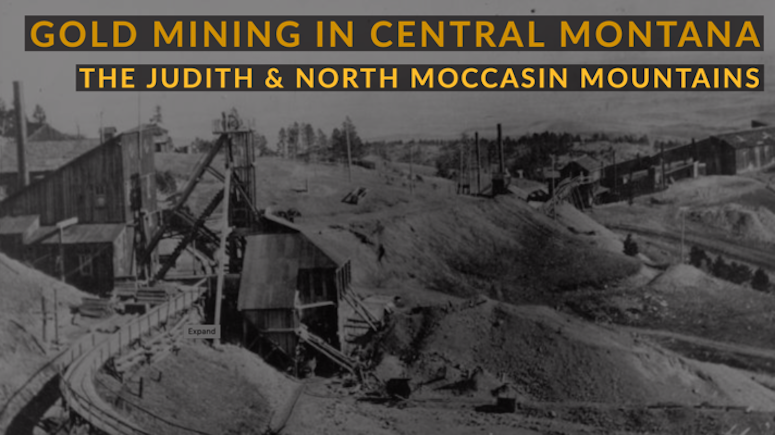 Fergus County in Montana has two distinct gold deposits. What makes them unusual is the location. Right in the heart of Central Montana, they are quite a long distance away from the large mineral deposits in the western side of the state.

These two mining districts were primarily lode deposits, and most of their production can be credited to the period between 1900 through the beginning of World War 2. They stand alone as two distinct gold sources in the central part of the state.

About 10 miles northeast of Lewistown on the southern flanks of the Judith Mountains is the site of the Warm Springs Mining District. A few drainages in this area have placer gold, which was first discovered around 1880.

Placer mining has occurred on Warm Springs Creek, Ruby Gulch, Pyramid Creek and Whisky Gulch. The drainages coming off of Judith Peak and Red Mountain contain gold, including Chicago Gulch, Fords Creek and Armell Creek. These deposits only garnered modest interest, and they were not significant enough to attract much attention in comparison to the richer sources around Helena and Butte.

It took several more decades to locate and begin mining the silver and gold lode sources. A few mines were established in the area, and the total gold production for this district is estimated to be around 200,000 ounces.

The richer of these two Fergus County gold sources was in the North Moccasin Mountains, northwest of the Judith Mountains. These gold deposits were more concentrated, covering a smaller area but considerably richer than those that were mined in the Warm Springs district.

The heart of the North Moccasin mining district is at Kendall, an old mining town situated near the headwaters of Last Chance Creek.

There were some decent-sized gold nugget recovered from Iron Gulch and Sennett Canyon, but this was not a placer district. The gravels were worked-out rather quickly, and soon it was the complex ores that attracted more attention from experienced miners.

From 1903-1904, this was the largest gold producer in Montana. Of course, this was long after the major gold strikes throughout the Rocky Mountains, yet it is still credited with close to 500,000 ounces of gold.

The North Moccasin Mine ran through 1922. The Barnes-King Mine was active from the mid-1930s through the beginning of the war, at which point it mostly sat idle until the mining efforts were eventually abandoned.

Other mines in the Moccasin Mountains were the Santiago Mine and Horseshoe Mine. During the heyday of mining, there was a population as high as 1500. 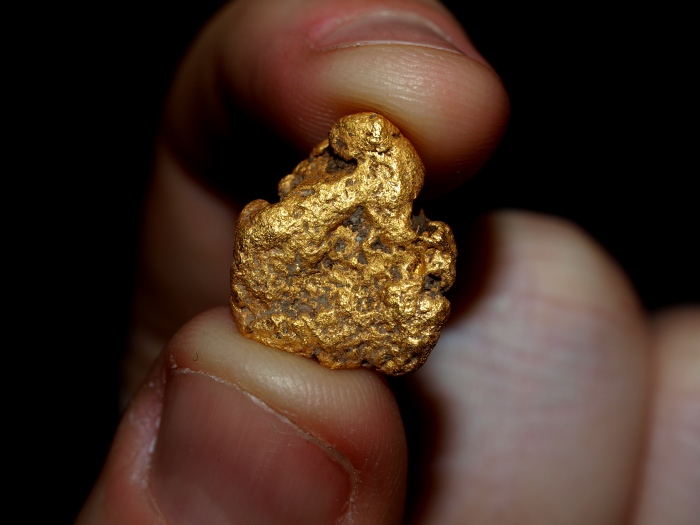 Modern History of the Kendall Mines

The mines of the North Moccasin Mountains were completely abandoned for decades after the war. Some renewed interest in the area came back in the 1970s. From the mid-1980s through the mid-1990s much of the ground at Kendall was reprocessed with cyanide leaching using the latest mining technology. Several hundred more ounces of gold were recovered.

There is no active mining currently taking place in these mountains, and the area is in now in the reclamation process. Only a handful of ruins still exist where the once thriving town of Kendall once stood.