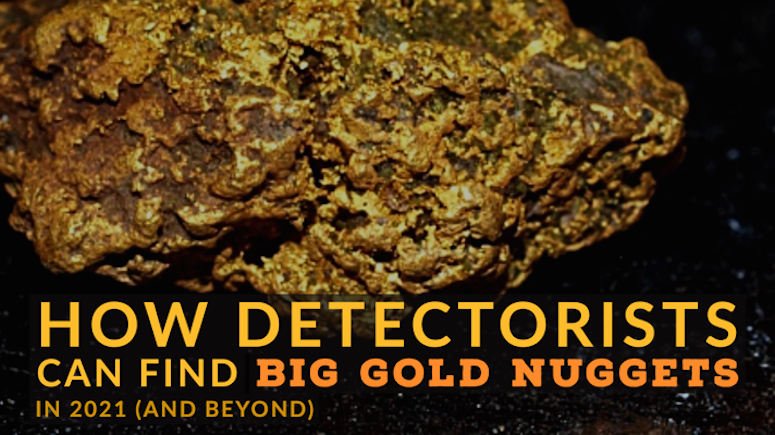 If you just bought a metal detector for the first time, there’s a good chance that the dealer who sold it to you didn’t fill you in on something…

The well-known goldfields have been getting “flogged” for decades, and the easy pickin’s are long gone.

Finding gold nuggets was never easy, but it was sure a lot easier to find them 20 or 30 years ago. There was just more out there back then. The large gold nuggets close to the surface have been found. Finding a big one in a known area is quite rare.

Yes, there are still some big nuggets being found, even today. But the cream-of-the-crop is long gone. They don’t grow back after all, and a spot that may have been great nugget hunting years ago may be more or less barren today.

I’m going to suggest three prospecting methods that metal detectorists can use to find gold nuggets. The good ‘ol days of just wandering around the goldfields and popping big nuggets out of the ground may be a thing of the past, but there are still some methods that will help increase your odds of success.

I think perhaps the best way that a person successfully and consistently find gold nuggets with a detector these days is to hunt in trashy areas that others avoid. These places can be frustrating to hunt, and as a result, most people will avoid them.

I’m talking about locations with so much iron rubbish that you can’t swing your detector coil without it going off on a dozen bits or metal trash. Old square nails, boot tacks, tin cans, scrap metal, bullets, etc. etc. etc.

The miners lived right on top of their gold claims, and they had no problem tossing their trash around. It’s not like they had garbage service back in the 1860s. That can of beans they was tossed aside, then rotted over the next century into a bunch of rusty bits. The amount of trash that an old gold camp can be overwhelming.

A good VLF detector with discrimination is your best tool for hunting in these areas, but even still you can expect to dig loads of trash before you find any gold. The trashier the better. If there are still metal targets in the ground (regardless of what they are) then you know that they gold isn’t all gone. There are still some big nuggets hiding in these locations.

Even the best metal detectors can only find a nugget that is about 2 feet deep in the ground. Even a nugget that weighs several ounces will go by unheard if it’s much deeper than that.

There are plenty of bench deposits with concentrated gravels and overburden that are covering bedrock at a much greater depth than a metal detector can hear through. The only way to get down to that gold is to start digging.

It is tiring, backbreaking work to expose bedrock and chase nuggets like this. It’s slow going, and very few metal detectorists do it. They’d much rather move on, scanning ground without doing the hard work. They are walking past a lot of nice nuggets. On the other hand, all that digging can be fruitless if you don’t find the right location, so it takes some mental toughness to stick with it. 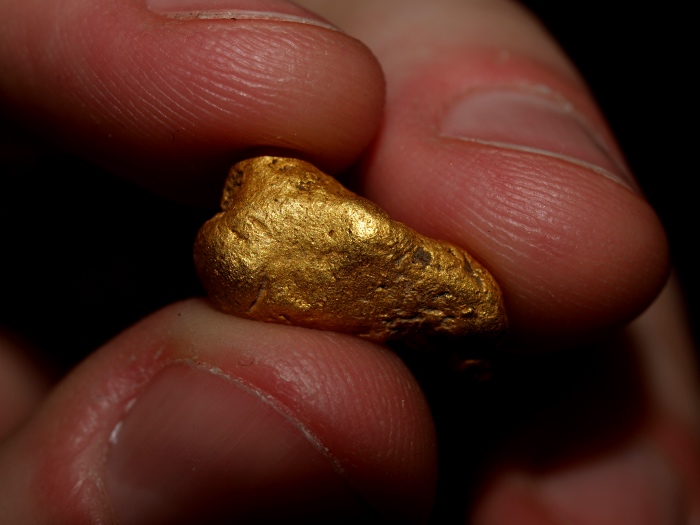 Finding an undiscovered patch of gold nuggets that never been discovered is no small task. In fact, most gold detectorists have NEVER found what I would consider to be a nugget patch.

Of course, there is a reason that most have never found one… they’ve never tried very hard to find one.

It’s hard to leave an area that you know has gold for an area that is unknown. You’re going to have many long days of no success.

It takes a special kind of prospector to go days, weeks, maybe even months between nuggets. Believe me, after a couple days of what can feel like aimless wandering searching for a patch, it can be VERY tempting to go back to your old reliable spots. After all, at least there’s SOMETHING to find there.

If you have the patience, and you pair your efforts with some research of geology and other indicators to lead you in the right direction then patch hunting can pay off. There are still undiscovered nugget patches out there… some contain pounds and pounds of gold. I know people who have found them. They are out there.

One last thing that can allow a modern gold detectors to find big gold in areas that have been hunted hard. It’s not exactly a prospecting “method,” but it is something that can give you and edge over other prospectors.

New metal detector technology is always improving, and each new model is generally an improvement over the older technology. New detectors can allow you to find deep, large nuggets that other detectors have missed.

The million dollar question is “How much deeper?” Of course this topic is argued into oblivion with each new release. Detector manufacturers like to make wild claims (does 40% deeper ring any bells?) about how deep the newer units can find gold. The real answer is usually NOT MUCH, but a little bit.

Yet even 2” of extra detecting depth might be the difference that allows you to hear that 1-ounce nugget that the older detectors have been going over. A skilled detectorist, using the newest technology might be able to hunt some old patches that are essentially “worked out” and start finding gold again.

This works great for a lot of prospectors. Personally, I don’t chase the new technology and prefer to hunt using methods #1, #2 and #3. The extremely high cost of new detectors coming out (some approaching $10k when released) are just not worth it to me anymore.

For some guys, they buy the latest greatest detectors the moment they hit the market, and often times it pays off for them. If you’ve got the money and want the best there is, then buy all means get the best technology available for nugget hunting. 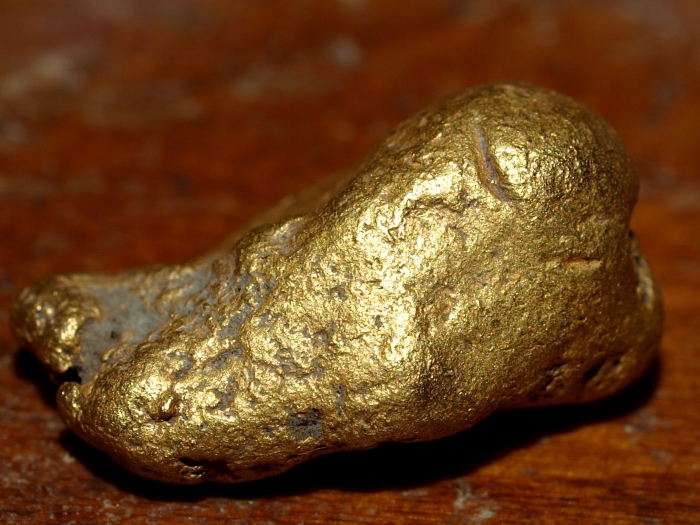 The Future of Nugget Hunting

To be a successful gold detectorist in 2023 (and beyond), you simply can’t do things the same way that it was done in decades past.

I know guys that go to the same places year after year after year, hunting the same way. They still find a little gold, but the nuggets are getting smaller and their finds are fewer and farther between.

Remember the definition of insanity? Doing the same thing over and over and expecting different results.

I know a few guys that LOVE to reminisce about the time that they hit a nice pocket of gold back in the “good ol’ days.” They found a sweet spot and dug up a bunch of nice nuggets. They’d return the next season and find a few more. Those good times are seared in their memory forever.

Yet here we are 20+ years later, and they’re STILL flogging those same spots. That gold is long gone, and all that’s left are the crumbs.

To be a successful gold detectorist today, you really need to find the gold that others are either missing or avoiding. The days of driving out to Rye Patch and digging up an ounce of nuggets each day are over.

Going forward, the gold will go to those who put in that extra effort. Give these 3 prospecting methods a try. It’s not easy work, but the effort will pay off.

How to Effectively Work a Gold Nugget Patch with a Detector