Australia is no stranger to large gold finds. There have been some monsters found here.

Victoria in particular was famous for some exceptionally large nuggets. A region that came to be known as the “Golden Triangle” has produced some of the continents most spectacular discoveries.

In fact, many of the world’s largest gold nuggets came from Victoria. 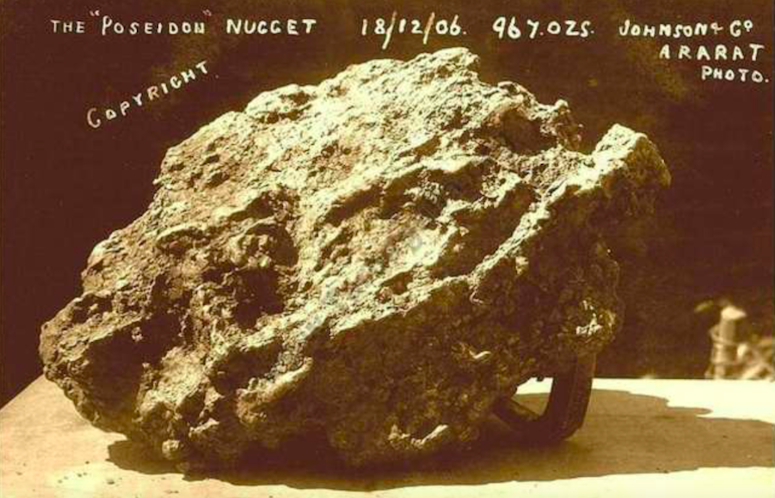 A picture of the Poseidon Nugget after it’s discovery. The weight written on the image is incorrect. True weight was only 953 troy ounces.

I suppose its the fact that there were just so many big nuggets found in Australia, that many people have never even heard of the Poseidon Nugget. That’s despite the fact that it weighed an incredible 953 troy ounces!

It was dug up by an anonymous miner in from the goldfields of Tarnagulla. This are has seen mining activity since 1852, but this huge nugget was actually found over 50 years later, in December of 1906.

At the height of the gold rush there were as many as 5,000 miners working this area, located northwest of Melbourne and directly west of Bendigo.

A little quick math puts the value of this nugget at over $1.5 MILLION DOLLARS, though a wealth mineral collector would likely pay a considerable sum over the gold-content alone. Of course, like so many other big nuggets found over the past centuries, the Poseidon Nugget was melted down not long after its discovery.

We don’t know the name of the miner who found this incredible nugget, but his life was undoubtedly changed in an instant when it was found! 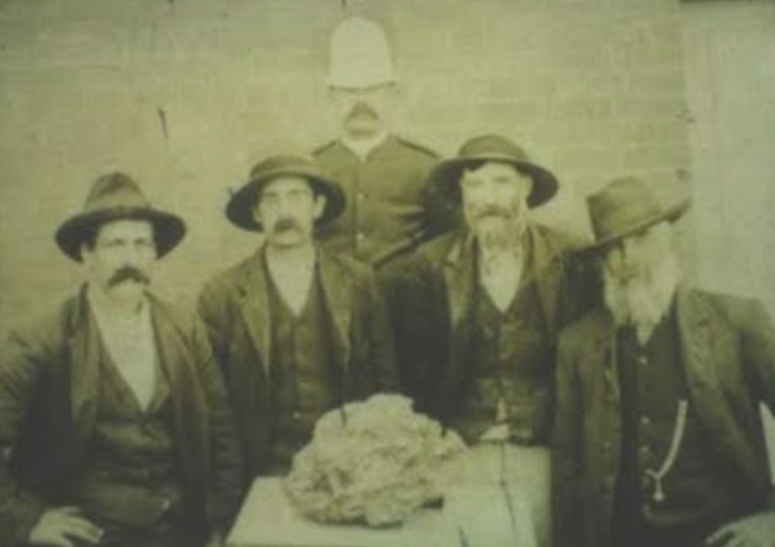