Gemstone mining in Vietnam has caught on quit impressively over the last few years. However, gems were discovered here back in 1987 in the Luc Yen area of Yen Bai province. Compared to many of the mining ventures around the world, the discovery of valuable gems in Vietnam is centuries late. There are now a wide array of gems available in the country.

Ruby, sapphire and spinel are the most valuable. It’s also common to find gems in open air markets in the city from the region and other parts of Vietnam.

Well, in case you want to learn more about gemstone mining in Vietnam, we have some amazing coverage below but first, let’s get a small background of the country itself.

Vietnam is a south East Asian country that has a population of 96 million people. The country is not known for its huge mining sectors in fact, mining accounts for a very small part of its economy. Nonetheless, there are still some commendable mining activities worth noting.

The country is infamous for the Vietnam War that pitted communist ideology and western capitalism on opposite sides.
The war was perhaps the most destructive period of the country’s history but after the South and the North reunited, Vietnam has enjoyed relative prosperity and is today ranked as one of the fastest developing countries in the world. 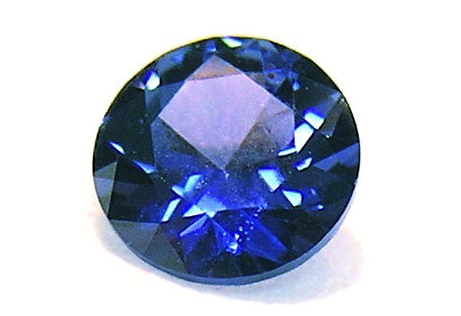 As noted above, gemstone mining in Vietnam is done in the town of Luc Yen, Northeast of the country. The town is relatively rural and is mostly covered by jungles and valleys. The first initial discoveries of high value gems were done in 1987.

A year later, gem exploration began in full swing with the establishment of the Vietnamese Gemstones Company, a government owned agency charged with the sole responsibility of developing the local gemstone industry.

In a single year of exploration, over 500 pounds of gem-quality rubies had been mined from the district. Most of the gems were largely sold in neighboring Thailand.

By the turn of 1990, it was clear that the district had massive potential as a gemstone mining center. For this reason, hundreds of independent miners moved into Luc Yen with the hope of taking advantage of its gems.

Soon, gems started to be sold in local markets as mining activities took off. However, there was just too much chaos. The Vietnamese government believed that too many independent miners hampered growth in the industry and as such, it decided to consolidate the entire gemstone mining sector in the city.

In light of this, all independent miners were brought under the Vietnamese National Gems and Gold Corporation in 1995. This was a state owned corporation and it took over gem mining in Luc Yen for a period of about 8 years.

However, it soon became clear that more private sector involvement was needed if indeed the gemstone sector in Vietnam would achieve its full potential. The government decided to seek out private partnerships and by the turn of 2003, most gemstone mining in Luc Yen was largely private.

Challenges of Gemstone Mining in Vietnam

Despite a rich wealth of gemstones, many experts believe that the Vietnamese gem mining sector has not really lived up to its full potential. There are simply a lot of challenges.

For instance, most of the mining today is done by small groups of local farmers using very rudimentary tools. It is therefore very difficult for them to engage in large scale commercial mining activities that would typically lead to massive returns.

It is important to also note that, while Luc Yen has a lot of gemstones, it is still a rural agricultural town. For this reason, most of the land there, some lying over gemstones, is used to farm rice and other crops.

We also know that most equipment used in gemstone mining is also used in agricultural production. This means that during typical farming cycles, there may not be enough tools to remove gems from the ground.

In essence, gemstone mining here is more or less a second-thought economic activity and as such, it’s not nearly as important as agriculture. Investment in gemstone mining by the local Vietnamese government is also very low.

Luc Yen has poor infrastructure and the local labor force is not skilled enough to engage in any high value mineral extraction. All these factors have prevented the sector from really reaching its expected levels of success.

Of course, a more pessimistic view could also be that the government prefers to limit the mining activity of local villagers so that large corporations can be the ones to profit from the rare gems. This can limit black market activity, but also transfer the nation’s natural wealth away from the people and direct it toward wealthy outside interests.

When gemstone mining was opened to private miners in the late 1980s and early 1990s, there was massive gem trading in local markets. But there has been a massive decline ever since.

Current estimates show that gem markets are now a fifth of what they used to be in the 1990s. Nonetheless, there is a lot of confidence that a lot of gemstone is still lying on the ground in Luc Yen. While discoveries have not been made yet, it’s likely they will in the coming years. Rubies, sapphire and spinal gemstones are still highly valued. The efforts to find them isn’t likely to slow anytime soon.

Where to Find Rubies – The Best Locations

The Geology of Gemstone Formation | Where, How and Why