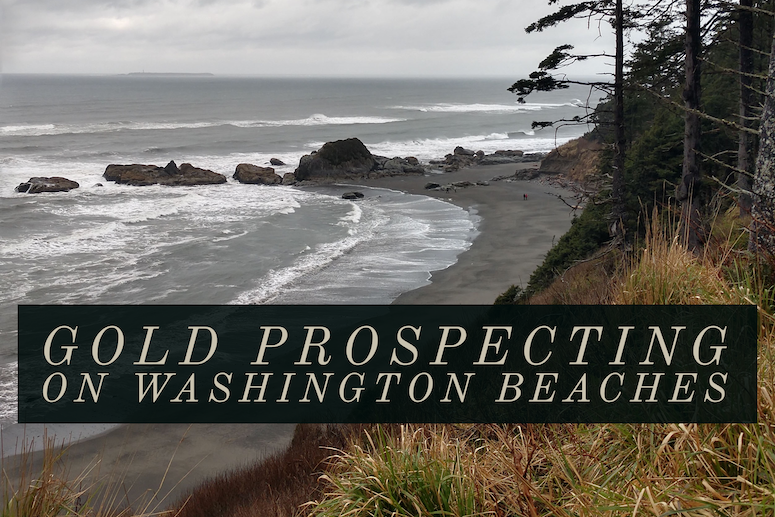 Gold has been known to occur along the Pacific Coast for centuries. In fact, there have been some considerably rich gold strikes all along the coastline stretching from Alaska to Mexico. Perhaps the most famous would be those at Nome, Alaska, but other short-lived gold rushes occurred in Southern Oregon (Gold Beach and Northern California (mouth of the Klamath River).

Historically, quite a few miners have tried their hand at mining the beach sands in Washington. Rather than any large efforts, most of the mining undertaken has been done by small groups and individual miners. These super-small particles of gold were exceptionally difficult to recover, so most miners moved on without giving them much effort.

The Difficulty With Beach Gold

One major challenge that miners discovered with the gold deposits along the Washington Coast was that they were constantly moving. The ocean is always in a state of flux. Every tide change and every major storm changes the beaches considerably, and a rich gold concentration one day might be completely gone the next.

The gold particles that you’ll find scattered in the sand will mostly run within black sands. Light blonde sands are lighter material and will have very little gold. It’s within the dark black sand comprised of heavier iron minerals where you will find the gold. It will usually occur in layers, and will often require digging to find these layers.

Once you’ve found the rich black sands, there was still the difficulty of getting the gold out. Most prospectors know that fine gold is the most challenging to recover, but beach placers are as hard as it gets. Traditional sluice boxes simply don’t work well without modification. The old-timers in the 1800s didn’t have the technology that we have today, so most of them didn’t have the ability to recover gold profitably.

Let’s take a quick look at 11 documented gold sources along the Washington coastline.

1. Shi Shi Beach
Between Portage Head and Point of Arches.

2. Ozette Beach
On the beach north of the mouth of Ozette River.

5. Starbuck Mine
South of the mouth of Cedar Creek. This was the richest deposit on the coast.

7. Ruby Beach
The beach from the mouth of Ruby Beach up to Abbey Island.

8. Moclips Placers
Beaches adjacent to the mouth of Moclips River.

11. Cape Disappointment
All beaches adjacent to the mouth of the Columbia River. 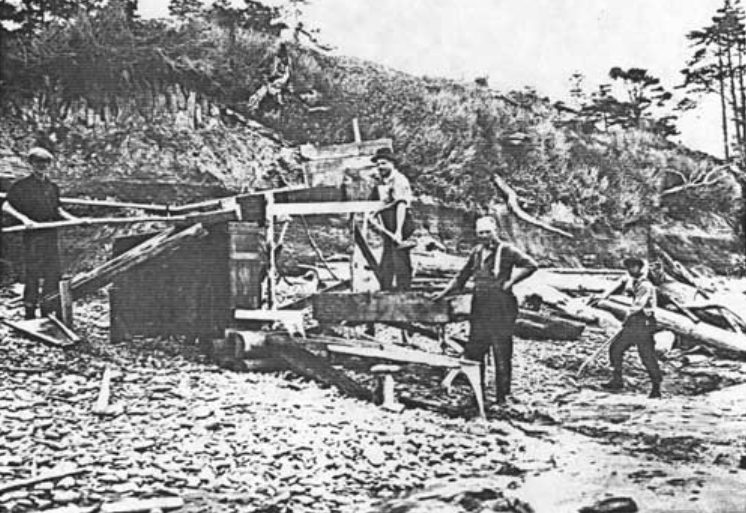 Dealing with the tiny gold particles is easier today than it was for the old-timers, but it’s still no easy task. Traditional placer mining equipment will lose most of the small particles that exist on the beach. Standard sluice riffles will easily get bogged down with black sands, causing gold to blow out the end.

Gold panning is no easy task either. Careful panning technique will capture the gold, but each heavy panful of sand will only recover a tiny bit of gold. You can pan all day and you’ll only recover a nickels worth of gold.

The Gold Cube is the best thing I’ve found to use for beach gold. It allows you to process larger amounts of sand than you ever could with a gold pan alone. Granted, you have to add the sand slowly and it still takes some final cleanup to get the last bit of fine black sand out separated from the gold, but it is leaps-and-bounds above a standard sluice box setup.

Unfortunately, a lot of the beaches mentioned in the list above now sit within the Olympic National Park and are totally off-limits now for gold prospecting. The law is quite clear:

You’ll also want to be aware that there are several large blocks of tribal land that own sections of the Washington Coast. You will need to get permission from the tribe before you do any mining.

The most popular area for Washington beach miners now is at Cape Disappointment. Prospectors are doing very well mining these sands.

To do any mining in Washington, you will need to get a free copy of the Gold & Fish pamphlet and keep it on you while you are mining.