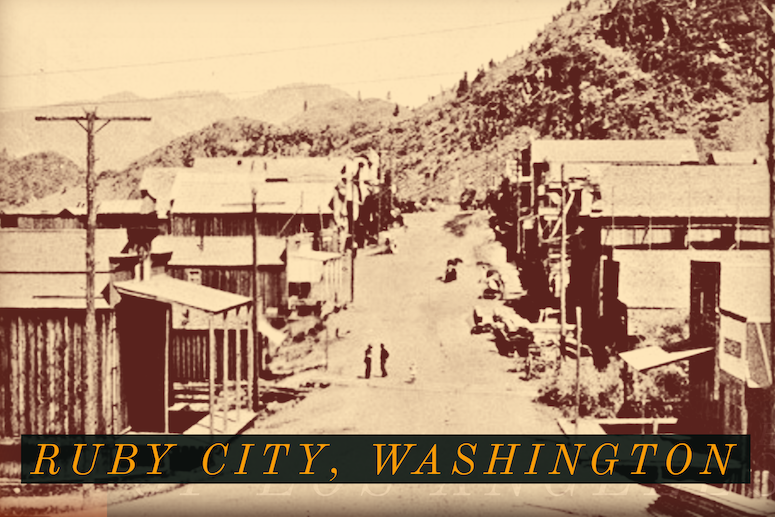 There had already been several gold and silver strikes in Okanogan County prior to the discoveries at Ruby City. Many other boom-and-bust towns came and went, but the ores at Ruby Hill were enough to once again bring a few thousand men into the mountains to search for riches. It was at its height in 1888.

Quartz veins on Ruby Hill carried good amounts of silver, and lesser quantities of gold. The Ruby Mine was established here, which mined an 18-foot vein of quartz rich on gold and silver. Other much richer mines would soon follow.

Early reports surmised that the silver deposits of Ruby City could rival those of the Comstock Lode.

Despite the abundant mines and the high hopes for the future of Ruby City, the actual silver output full well-short of expectations. Despite the reputation of Ruby City as being the “Comstock of Washington'” within a year or two it was clear that the mines were nowhere near as rich as world-class silver districts of Comstock Lode or the Silver Valley in Idaho. 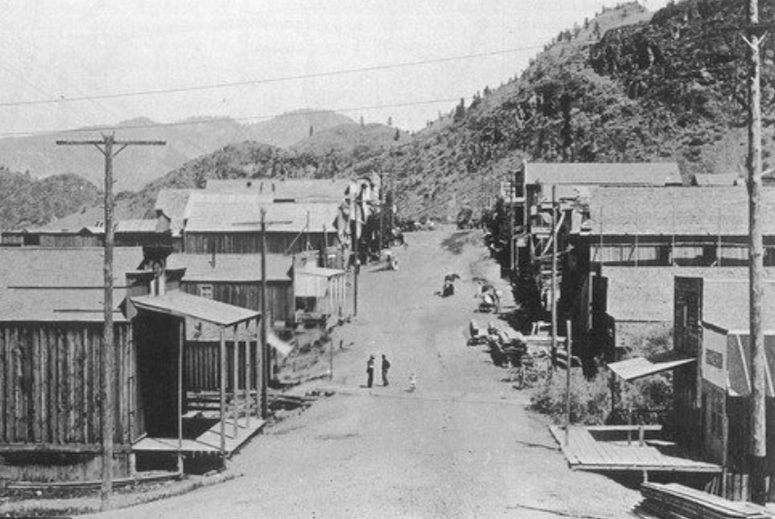 Access to rail lines was a challenge for the mines of Ruby City. Much effort was made to promote the mines and to extend the rails to the area. The high-grade ores were transported to Coulee City and Sprague, which were then brought to the smelters in Spokane and Tacoma. Transport of ores was no easy task, and added considerable burden to the production costs of the mines.

The early 1890s saw the beginning of the end for Ruby City. Among the many challenges was the declining price of silver. By the fall of 1894, there were only a few dozen residents in the town.

A flood at the end of the century was the final nail in the coffin for this old mining town. Now there is little left of what was once a prosperous mining community.