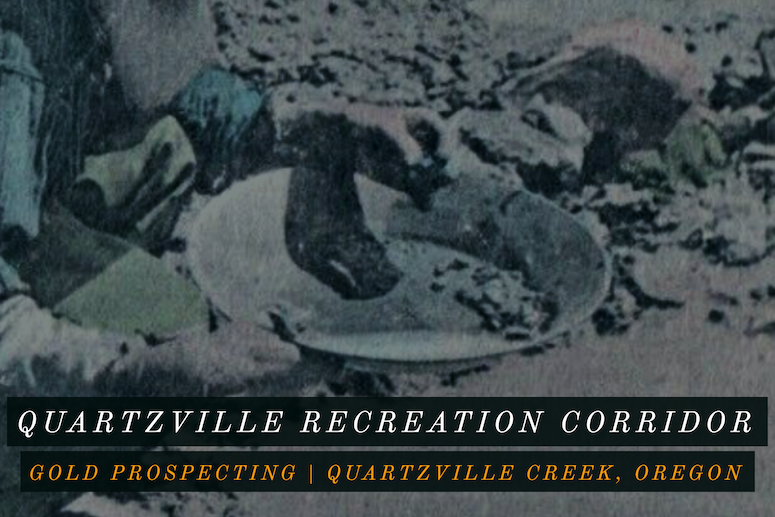 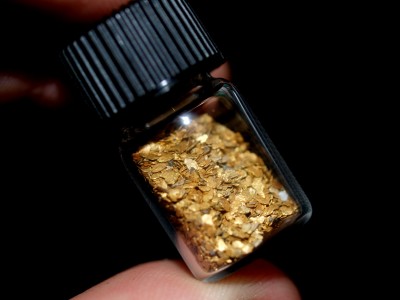 Gold prospector’s in Northwest Oregon don’t have very many good options. There just isn’t as much gold in this part of the state compared to other areas. There are a handful of different sites here such as the Lewis River and Molalla River that will yield some gold, but there isn’t much at those sites. It takes a lot of hard work to recover even a few bits most of the time.

The best site for gold prospectors in the Willamette Valley is probably the Quartzville Recreation Corridor. This is a section of land that includes nearly 10 miles of Quartzville Creek, above where it flows into Green Peter Reservoir.

From I-5, take the Corvallis/Lebanon Highway 210 and head east toward Lebanon. Turn south on Highway 20 toward Sweet Home. Continue east through Sweet Home and look for Quartzville Road just as you get past Foster Reservoir. The road will take you up along the north side of Green Peter Reservoir and up Quartzville Creek.

Pay attention to the signs and make sure that you are within the Recreation area before you do any mining. There is private land below and some private claims upstream, so you’ll want to make sure you are in the right spot before you start digging.

This area is managed by the Salem District Bureau of Land Management. Access is very good, with a decent dirt road following right along the creek with several pullouts and plenty of paths down to the water’s edge.

There are two developed facilities within the mining corridor. On the lower end is the Dogwood Recreation Site. It is a day-use site with a vault toilet and picnic facilities. Venture a few more miles up Quartzville Creek and you will come to Yellowbottom Recreation Site. This is a fee access that has 22 camping sites, pump water and vault toilets. This is a good option if you plan to camp for a few days.

Both managed sites provide good access to the creek, but there are also plenty of pullouts along the road where you can scramble down to the creek and start panning.

The first claims at Quartzville were filed in 1863, and for a short time there were as many as 500 men panning along Quartzville Creek and scouring the nearby mountains for the source of the gold. The best gold was found quickly, and most men moved on within a year.

A few hard rock sources of gold were found, with gold running through quartz veins. Hence the name of Quartzville. There was never much extensive mining due to the remoteness and difficulty processing the ores. The area was largely abandoned within about 5 years of the initial discovery as miners explored other rich mining areas in Oregon.

Now 150+ years later, miners from around the state still come to pan the gravels of Quartzville Creek in search of the shiny metal.

The BLM allows what they call “recreational mining” along the entire reach of the Quartzville Recreation Corridor. There is gold all throughout the creek, but you’ll find better concentrations of gold in certain areas, so it’s always a good idea to check a few different spots. That is why they call it “prospecting” after all!

The equipment that you are allowed to use seems to change from year to year. Unfortunately some of the recent actions by those in power have made it very difficult for even casual miners to process gold on any reasonable scale. The rules are likely to change again after I have written this, so it’s probably best to check with the BLM or with a local prospecting club if you plan to do any extensive panning.

I personally can recover some good gold with nothing more than a basic crevicing setup. No extensive equipment needed. In fact, a few common tools that you probably have in your garage are all that you’ll need. Then bring along a decent gold pan and you’re all set!