Gold discovery in Otago in 1861 marked the beginning of an era of unprecedented economic growth in New Zealand. Thousands of prospectors flocked to the area in search of gold. While some struck riches others gave up their dreams and left.

This is the story of the Otago gold rush, its impact on the country’s development, and the legacy it left.

The Origin of the Otago Gold Rush

The Otago provincial government had announced a 1000-pound reward for the discovery of payable gold. Following the opportunity, Gabrial Read, an Australian prospector, set out to find gold. In May 1861, Read found gold near Tuapeka River (now called ‘Gabriels Gully’ after him). He claimed the reward and his discovery led to the biggest gold rush in the history of New Zealand.

Within six months of the discovery, over 10,000 hopeful prospectors made their way to Gabriels Gully. As the easy finds dried up, many men moved into the neighboring valleys like Waitahuna, Dunstan, and Gee’s Flats. Leading to more gold discoveries in central Otago.

Shotover Valley: Initially, Thomas Arther & Harry Redfern found gold near the Shotover River in November of 1862. Then, a man named “Fox” was able to make a discovery and by Shotover River near Queenstown. By December many diggers had sought his site, establishing the existence of Wakatipu fields.

These two major discoveries at the Shotover River bought the second round of gold rush in the region.

Makeshift towns sprung up near digging areas to accommodate the rising number of miners. A social life developed and attracted traders, entertainers, and even prostitutes. Modern towns like Cromwell, Clyde, Naseby, and Alexandra actually rose during this gold rush.

It is estimated that the population of Otago increased from 13000 in 1861 to 30,000 by 1865. As a result, the Provincial Council began to construct an infrastructure of roads, hotels, and police stations near the diggings. The modern city of Dunedin was born during this gold rush. In fact, New Zealand’s oldest university, The University of Otago’ was established with the help of gold revenue.

Hydraulic sluicing technique was used to blast water at the cliffs to dislodge boulders and gravel in hopes of finding gold. In 1864, quartz mining began, it used chemicals to extract gold from ore. 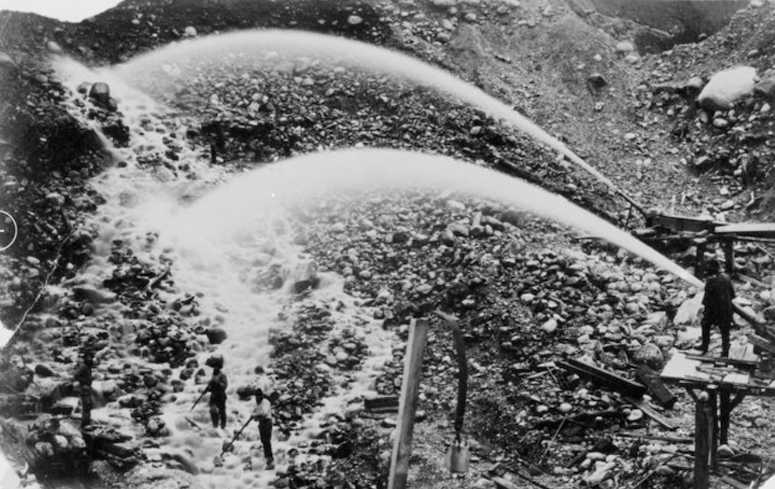 Both these methods required a significant amount of water. To meet the needs, mining companies built dams and races to redirect existing streams towards the mines.

By the end of 1865, gold mining largely became an automated method and many miners left the fields. The gold rush came to end but its economic impact lasted for years.

How Much Gold was Found?

It is estimated that more than 240 tons of alluvial gold were produced during the gold rush, but a large amount also went undeclared.

Until 1960, New Zealand exported 800 tons of gold which is valued at nearly $3 billion dollars today.

What Happened After the Gold Rush Ended?

After the bulk of diggers left Otago goldfields and revenues shrank. Dunedin Council sought Chinese miners to revive the old prospecting sites. By 1870, the Chinese were successfully extracting gold, especially along the banks of the Clutha Mata-au River near Dunstan.

Efforts were going on to establish a bucket dredging system to scope river deposits. By 1881, Dunedin opened the world’s first commercial gold dredge. By the beginning of the 20th century, more than 200 dredges were operating in Otago & more than 17000 ounces of gold were collected. 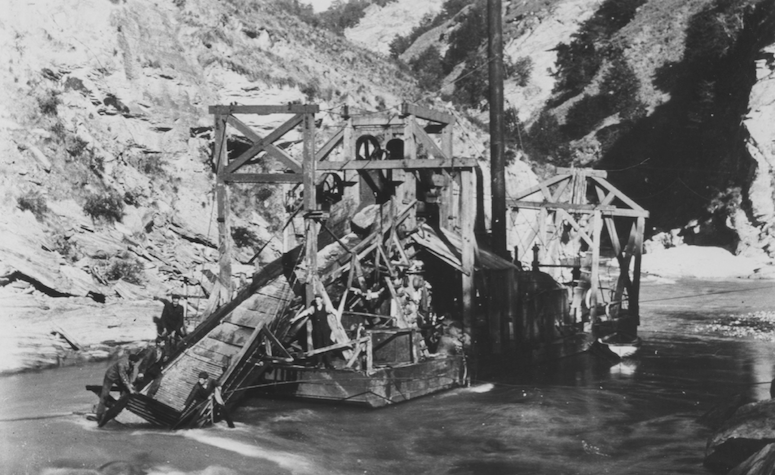 Waihi Co. tested the cyanide process in 1889 and went on to produce gold and silver ore from these fields. These operations lasted well into the next century.

The gold rush also left a lasting impression on nature and the landscape. Industrial-scale dredging and removal of topsoil destroyed large portions of fertile land. Though much has been recovered, you can still see the remains in the form of hard rock piles and wasted riverbanks.

On the other hand, new waterways and dams also irrigated some lands, establishing fruit plantations and vineyards. The wine industry began during this time.

Is there still gold in Otago?

Tons of gold have been extracted from Otago, it still has rich mineral resources. Macraes Gold Mine is in operation in East Otago. Individual gold prospectors also exist and the region is a popular location for fossicking.

The Rich Goldfields of Queensland