Back in the 1860s, the young colony of Queensland was suffering economic depression due to drought. An experienced prospector James Nash found gold in a small town Gympie, which resulted in a gold rush. Later the gold from Gympie singlehandedly turned the crisis around and saved the state from bankruptcy.

In this article, we will look at the history of the Gympie Gold Rush in Queensland, Australia.

Discovery of gold in Gympie, Queensland

In the year 1867, Queensland was on the verge of bankruptcy and civil unrest due to economic depression. That’s the time when ‘James Nash’, an Englishman and experienced prospector, arrived in the region. He was scouring the north coast of Australia in search of gold and found his first big strike on Mary River near Caledonian Hill. Originally the site was called Nashville, it was renamed Gympie in 1869; officially designated with a 25 square mile area of ‘The Gympie Creek Goldfield’.

Nash made several trips between Gympie and the neighboring city of Maryborough to sell his gold and buy necessary supplies. Later, his brother joined him in the venture and together they raised more than £10,000 worth of gold from Mary River. It’s said that Nash kept his secret for quite a while before eventually announcing it to authorities.

On 17 October 1867, ‘Brisbane Courier’ printed the story of the discovery of gold. The news spread like wildfire and began the gold rush in Gympie.

It is recorded that Maryborough emptied within three days after the news broke. The same happened in the neighboring towns of Brisbane, Rockhampton, and Gladstone. People left in droves to seek their fortunes on newfound Goldfields.

Over the next few months, 3000 men were mining the Gympie goldfields. Many returned unsuccessful while others struck it rich. One such individual was George Curtis, who found a 975-ounce gold nugget. His prized possession was well-advertised and named as ‘Curtis nugget’. Gympie goldfield went on to produce over 80,000 ounces of gold in the first 12 months of its discovery. Most of the alluvial deposits were exhausted within a year.

The first official reef opened on 8th November, which went on to produce over 5000 ounces of gold during its operation.

More than 100 gold mines were opened in Gympie in its 60 years of mining. One particularly popular mine ‘The Scottish Gympie mine’, owned by a Scottish investor produced 608,279 ounces of gold in its 20 years of operation.

The high influx of people also led to problems for authorities as they struggled to provide basic facilities and protection. Consequently, in 1968, The government set up a safe passage escort for gold depositors. 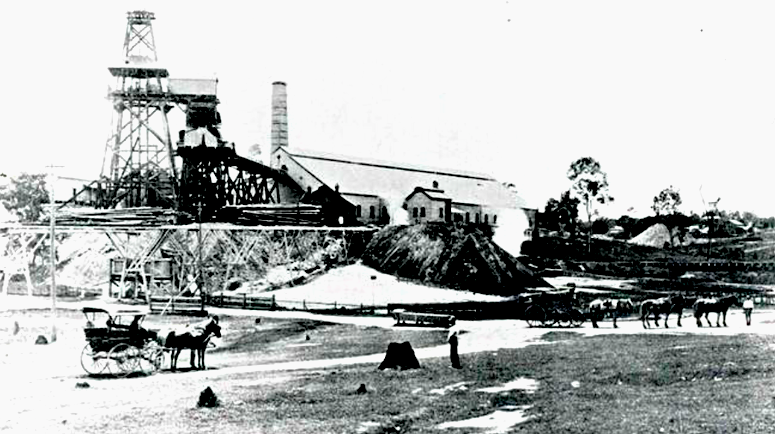 What Happened After the Gold Rush?

When the mining industry began in the area, Gympie quickly grew into a thriving town. The rich mines attracted a number of businesses and skilled laborers to the area as well.

A bank was established in 1867, followed by a post office, a police station, and a town council over the next two years. The first mayor was appointed in 1869. Gympie saw a rapid rise in population and was designated a municipality in 1880.

During these years it saw huge development in infrastructure and civic facilities. Commercial growth and public amenities ultimately led to permanent settlements in the surrounding areas. Now Gympie is a suburb with all the amenities of the modern city.

End of Gold Mining in Gympie

The peak of gold production in Gympie was around 1900, it steadily decreased until 1927 when it practically stopped. Lack of gold and water shortage became the reasons for the end of mining in the region.

Is There Still Gold in Gympie?

Gympie is popular among adventurers and tourists. The local council regularly issues permits for fossickers in the gold-bearing gully in the town. Although no record exists of any recent significant find, recreational fossickers continue to explore deep creek areas in hope of finding gold.

Gympie has now transitioned to an agriculture and dairy-producing region. It maintains its strong historical connection to gold mining. There are several historical sights and museums to tell the story of Gympie; the town that saved Queensland.