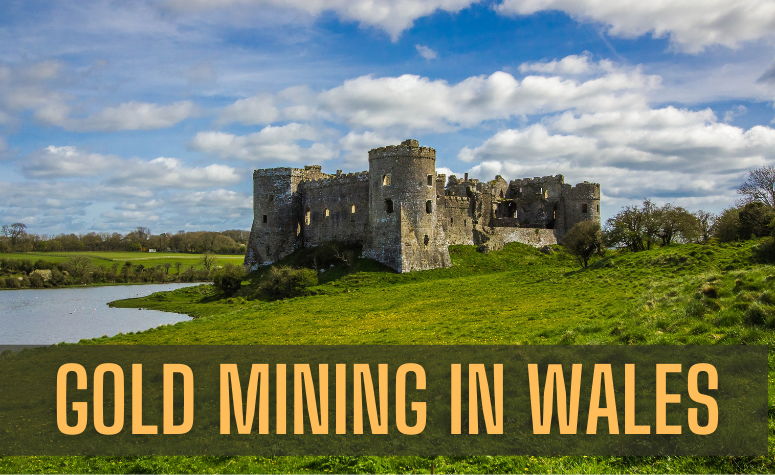 Everyone may understand the value of gold regardless of where it was mined, but for the British royal family no gold from around the world is comparable to what is found in Wales. Only Welsh gold is considered special enough to be used in Royal wedding rings, making it some of the most valuable gold on Earth.

This royal connection that began in 1911 during the investiture of Prince Edward of Wales (Welsh gold was incorporated in the regalia he wore) not only makes the gold rare but highly prized as well – fetching 30 times more money than standard gold from other regions of the world. Its use in Royal wedding rings began with The Queen Mother in 1923.

While Wales has its own ancient background of famed legends full of mystery, gold mining in the Dolgellau Gold Belt (the area that forms an arc from Trawsfynydd moving southward and then southwest towards Fairbourne) has been documented for more than 2000 years since Roman times.

The magical aspect of Welsh history may seem ancient, but gold mining in the region also dates back to 74 AD and has deep significance in this fabled landscape. It is around this time that significant mining by the Romans was reported in Dolaucothi although gold panning may have started earlier in the River Cothi valley close to Pumsaint.

The preferred method of obtaining gold was panning in alluvial placers found in River Cothi. Mining on a bigger scale at Dolaucothi was reported around 1862.

The Rush for Welsh Gold

A flurry of activity was witnessed in the 1860s in what is known as the Welsh gold rush. The decade from 1860 saw almost two dozen mines activated in the Dolgellau Gold Belt.

A brief pause in the mid 1860s was followed by another round of gold discoveries that benefited from improved methods of mining towards the end of the decade. 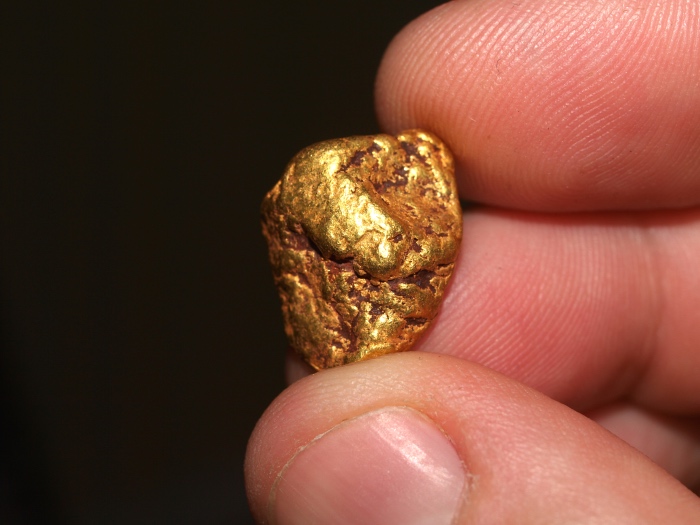 Where is Welsh gold found naturally?

The natural occurrence of Welsh gold is limited to two regions – the north and south of Wales. In the north, several mines were active in the area known as the Dolgellau Gold Belt. This stretch of land starts at Barmouth into Dolgellau and moves up in a band 6 km wide around the south-eastern edge of the Harlech Dome forming an arc that goes on into the hills of Snowdonia, running a length of about 26 km.

On the other hand the southern part of Wales is mainly focused at Dolaucothi within the River Cothi valley. This area represents one of the earliest sites where the Romans mined gold. The Dolaucothi Gold Mines are now a Scheduled Ancient Monument owned by the National Trust.

While there were numerous mines in both areas, two mines have stood out in the production of rare Welsh gold – the Clogau St. David’s Gold Mine and the Gwynfynydd Gold Mine. These two mines put together produced 95% of the total gold mined in the Dolgellau Gold Belt.

This mine, situated in Bontddu, was established as a copper and lead producer. During its peak it was not only the largest but also the richest mine in the Dolgellau gold belt.

It was in 1854 that the first Welsh gold was discovered in this mine. Further discoveries within the mine in 1862 created a rush that produced 78,507 troy ounces of gold by the time it closed in 1911. It re-opened several times and closed again in 1998.

New explorations in 2020 have uncovered a rich vein of gold in the vicinity of this mine worth an estimated £700 million.

The lode at Gwynfynydd Gold Mine was discovered in 1860. This mine, located near Ganllwyd, gained production momentum in 1887 and remained active until January 1999 when it closed due to safety issues and environmental concerns.

Within its lifetime, this mine which lies in the Dolgellau Gold Belt, produced more than 45,000 troy ounces of Welsh gold, making it the second largest producer after the Clogau-St David’s Gold Mine.

A kilogram of pure Welsh gold from the Gwynfynydd Gold Mine was in 1986 given to the Queen as a present on her 60th birthday.

Other gold mines within Wales that were not so prominent include;

Mining of Welsh gold has ceased across Wales apart from recent exploration efforts. This has driven up its value considerably over the years. While some experts say it is discernible from any other gold, its rarity and royal connection have sown some mystique and extra lustre to Welsh gold.

With some recent discoveries of large gold nuggets at some of these historic mining sites, there has been some renewed interest from casual gold prospectors throughout Wales in recent years.

The Romans who first mined at Dolaucothi in 74 AD must wonder why they aren’t here today to witness the rise in value of Welsh gold on the world market.